Need a GPU on a budget? This is it!

Even today AMD's Radeon RX 570 is an amazing graphics card, offering great 1080p performance for both modern and classic gaming titles alike while easily outpowering both the base Xbox One and PlayStation 4 consoles.

Today, AMD's RX 570 is available for £98.99 at Overclockers UK, a fantastic deal given the cost of this graphics card's Geforce competitor, the GTX 1650. Better still, the ASRock Gaming Dual graphics card on sale here features a twin-fan cooling design and three months of Xbox Game Pass bundled with the unit. Not bad start for the beginnings of a budget-oriented gaming PC.
Let's put this deal into context, Nvidia's cheapest GTX 1650 graphics cards cost around £140, and in our internal testing, see our full RX 570 VS GTX 1650 review here, AMD's RX 570 typically offers end-users higher performance levels at a lower retail price. Today, AMD's RX 570 is available for less than £100, making most low-end GTX 1650 GPUs over 40% more expensive.

If you want the best GPU performance for under £100, this is it; at least outside of the used market. 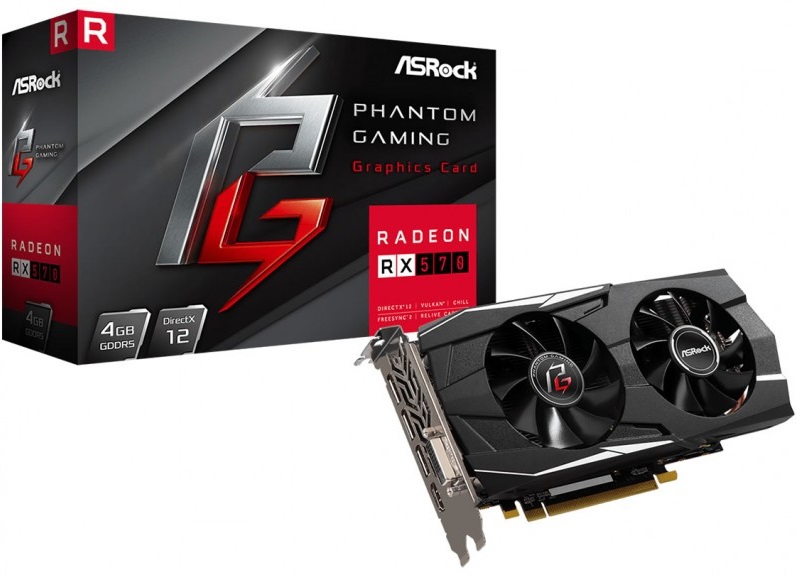 Those who are interested in ASRock's RX 570 Gaming Dual 4GB can purchase this card for under £100 at Overclockers UK.

You can join the discussion on AMD's RX 570 costing under £100 at Overclockers UK on the OC3D Forums.

demonking
This is actually an amazing deal.
it might be no 2080ti but for 1080p these little ones are way really capable. If you can push to the 8gb version and get a little oc out of these you'll still get well above any console graphics and/or 60fps.Quote

NeverBackDown
Very good deal indeed. Probably 1080p high 60FPS for most games these days. Not bad at all. If you turn off all the SBAO/HBAO stuff too it would be a bargain for price/FPS. Makes me want to build a friend a PC with this alongside with a cheap ryzen 3 cpu and B450 board.Quote
Reply