Many reviewers had reported that their R9 Fury X review samples made an audible whining noise coming from the Cooler master pump inside, at the time AMD had said that they had fixed the problem and that it only applied to the first batch of R9 Fury X GPUs, but since then many several owners of AMD's R9 Fury X had reported the same issue, making several websites claim that AMD had lied to them.

Looking deeper into the situation we found that there were 2 different models of the AMD R9 Fury X in circulation, many of which are the same as AMD's review samples, some of which have a pump which makes a high-pitched whine, while others were indeed a revised model.

Below are pictures of both models of the R9 Fury X, which have the faceplates removed to reveal the Cooler Master AIO under it. The first AIO, which can be identified by a Chrome sticker (left) is the revised model, while the one with the green sticker (right) is the older model, which might suffer from pump/ noise issues. 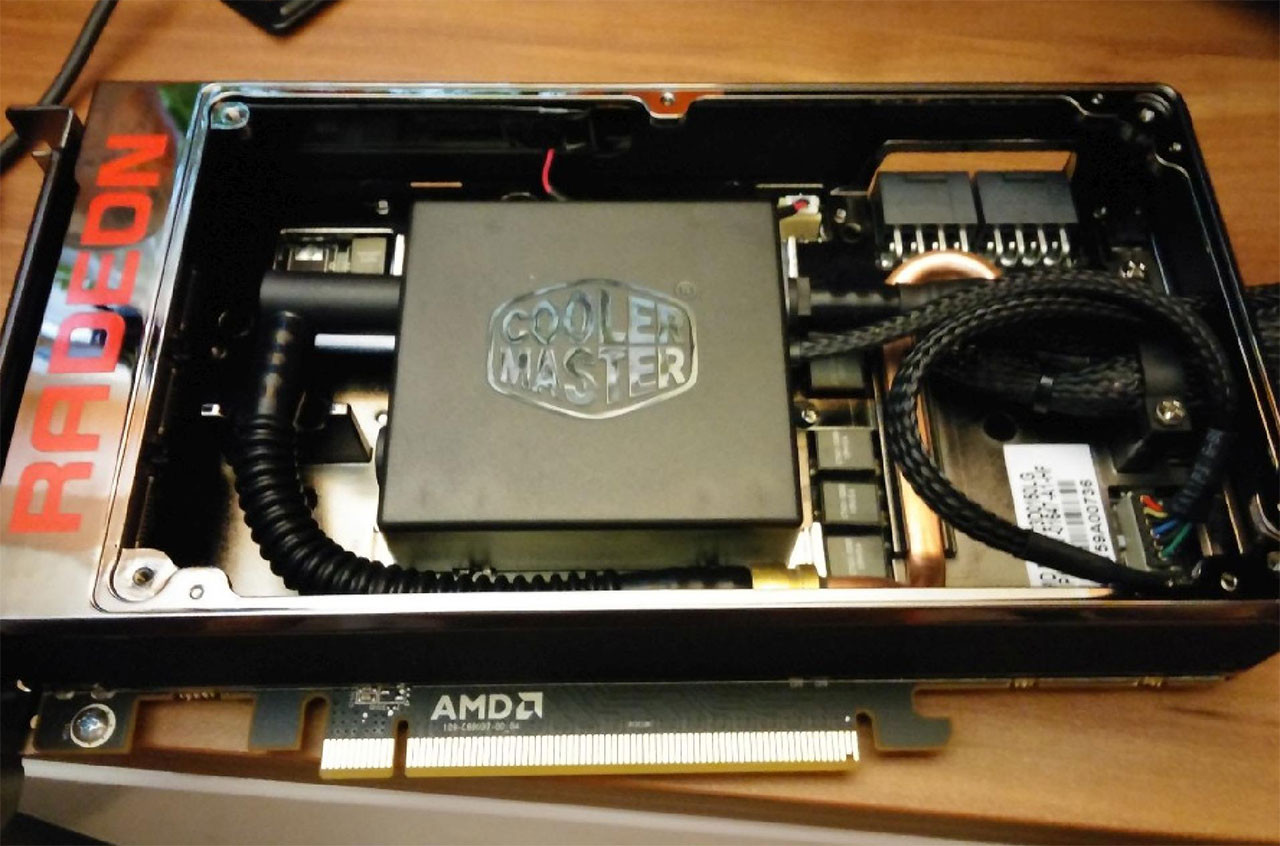 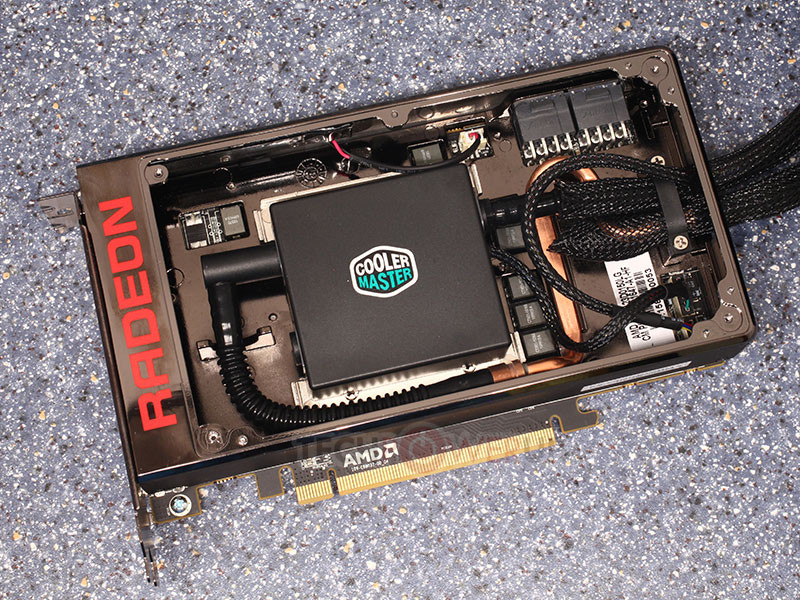 Since users can take off the R9 Fury X's face plate without damaging their warranties, owners can easily identify if they have a newer, revised R9 Fury X or not and then ask for a replacement from their retailer, if they are having problems with pump noise.

You can join the discussion on the AMD R9 Fury X on the OC3D Forums.

AMD has released an R9 Fury X which has fixed the Pump Whine issue. http://t.co/mamBE4nNKP pic.twitter.com/lLIRfK8l5b

NeverBackDown
At least they fixed it very very quickly. People just need to learn that they fixed it but can't expect it to 100% all be fixed as soon as they say so.. to get the revised models it's gonna take a week or two to ship them to retailers.. People just get impatient then claim they lie when it's just them waiting on shipments from China(or wherever in Asia)..Quote

Mysterae
It's good that they have identified the issue and addressed it.

However, I can't help but be concerned that these are a disaster waiting to happen. Cooler Master aren't known for their epic pumps and putting a pump which naturally generates heat on to a gpu that creates more heat than a sun spot is a bit of a risk.

Anyone that has had the pump of their AIO fail must agree that the probability is high that the pump will fail in at least one of the thousands of Fury X's that will be sold worldwide. I would think life is a damn sight tougher for a pump when strapped to 275W TDP GPU than a 84W TDP CPU; and that GPU usually achieves near it's TDP and for longer, than a CPU ever will.

So here's a test I'd like OC3D to perform - run your preferred high intensity graphic benchmark in loop and then unplug the pump of the Fury X. What do you think would go pop first - the gpu or the water loop? Hopefully there's a pump monitor on the card that shuts the gpu down in the event of a pump failure, but I've not heard a sausage on the subject.Quote

Type-8
Acknowledged it and stepped out in front of it, so that it could get fixed. Good effortQuote

Emu
Anyone who actually manages to get their hands on a Fury X will be happy. They are out of stock pretty much every where that isn't selling them at inflated prices...Quote

Thelosouvlakia
hahaha most retailers in Greece have ordered theirs before the banks closed. 5 retailers are stocked. I don't think they will run out! no money no honeyQuote
Reply