AMD's reportedly working on a GPU they're calling "Nvidia Killer"

Should we expect big things from next-generation RDNA?

AMD's reportedly working on a GPU they're calling "Nvidia Killer"

Navi is only the start of AMD's RDNA journey. AMD's CEO, Lisa Su, has already confirmed that the company has "execution on those [products] are on track" when asked about high-end Navi and Zen 2 mobile hardware.

Furthermore, AMD has already confirmed that RDNA 2 is coming in a 7nm+ manufacturing process. This is the same process which is set to be used to manufacture AMD's Zen 3 Milan processors, which are due in Mid-2020. With this in mind, it looks like RDNA 2 is coming in 2020, and rumour has it that AMD is internally calling these GPUs "Nvidia Killer". As always, please take this rumours with a grain of salt.

This report comes via Red Gaming Tech, who claims that AMD's Lisa Su is "frustrated" and the fact that AMD has no products that target Nvidia's highest-end SKUs. With their next-generation of RDNA products, AMD's rumoured to be positioning itself to target Nvidia's market leadership.

With their "Next Gen RDNA" graphics cards, AMD plans to enter the world of hybrid ray tracing. This shift will bring the company's graphics cards in line with Nvidia's RTX series, at least in terms of raytracing capabilities. This move will mark a time where Radeon will hope to have its own form of Ryzen Revival, leveraging RDNA's use in both next-generation console and their gaming-focused architectural changes to gain market share within the graphics market. 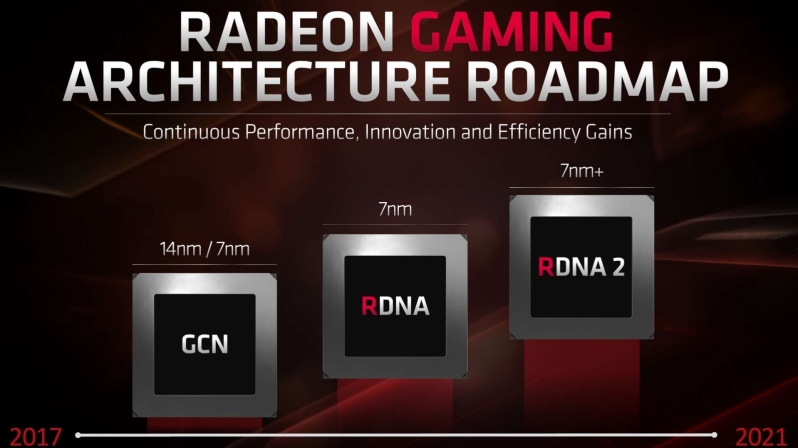 Ultimately, the success of AMD's next-generation RDNA parts will depend on the strength of Nvidia's response. Nvidia's RTX 20 series currently dominates the high-end, despite using 12nm lithography. With their RTX 30 series, Nvidia has the option to utilise 7nm manufacturing to enable a significant performance/efficiency leap over their current-generation components.

If AMD plans to target Nvidia's market dominance in 2020, their next-generation RDNA graphics cards will need to be able to handle anything that Nvidia can throw at them. If Red Gaming Tech's report is accurate, AMD is very confident about Radeon's future. Regardless, AMD needs to be ambitious within the GPU market, as 2020 will also mark Intel's entry into the discrete GPU market, a move which will give AMD a new competitor.

You can join the discussion on AMD's rumoured "Nvidia Killer" on the OC3D Forums.

Dicehunter
I highly doubt it, We hear this every year and every year a good high end competitor from AMD is not delivered, AMD will continue to compete in the £$400 category, Nothing more.

tgrech
If the PS5 and Xbox next rumours and supposed devkit leaks are to be believed AMD will have 13-15 Tflop Navi GPU chip(lets?) ready for "holidays" 2020, which is a big step up from the 40CU Navi1's <9Tflops if true, but not too far off what you'd expect if they made 64CU Navi models with a few small optimisations. 5700XT + 40% puts it firmly beyond 2080Ti territory at least.Quote

demonking
Would love to see it and the following price war as all 3 try to take the market lead.
All 3 will have to work hard, Nvidia might have historically had the market share but this is only because there was no other options at the top end. Nvidia have upset a lot of their fans with ludicrous prices, blatant mis selling (970 anyone) and there attempts at monopolising the sector. Intel will be new to this sector and will want to make an impression and AMD have long been trying, they would have a bit of egg on their face if they start to lose to Intel when they have just caught up in the CPU market.
Hopefully, we see a much more competitive market next year, I just hope Nvidia don't force Nvidia exclusive tech onto too many developers, though I have a feeling this will be the way Nvidia weather the storm.
My feeling is that we are starting to get to the end of the consumer GPU market and Cloud gaming will take the lion share, again pushing prices up

Bartacus
I almost want to echo Dice's exact sentiment, but my experience with a Radeon VII gives me some hope this could be true. That card, like most AMD cards, sucks a little in stock form, because heater. Even the triple-fan cooler REPUTED to be a quality thing at the time, was crap. BUT once you put a water block on it, and got the temps under control, that card got serious in a hurry. The potential is there, in their architectures. Now if only they would learn something about proper heat dissipation.Quote


The Radeon 7's stock cooler was atrocious, The actual coldplate is concave so the majority of the GPU die doesn't even make contact with the cooler itself, For AMD's sake I hope they spend the extra cash with the next card and get someone competent to manufacture the cooler.Quote
Reply