Rumour has it that AMD plans to reduce the pricing of their Radeon Navi series of graphics cards, enhancing their value proposition to deliver better value for money than their competition.

What are AMD's new RX 5700 and RX 5700 XT prices? No idea, but Videocardz has claimed that these new prices are under embargo until July 6th, one day before Navi's official launch.

We should expect lower pricing for both Radeon Navi GPU models, likely to counter Nvidia's new RTX 2060 Super graphics card. Any price reduction is great news for consumers, as it delivers them more value for money from their Navi graphics purchases. This will be a welcome sight given today's era of high GPU pricing, assuming this rumour is true. 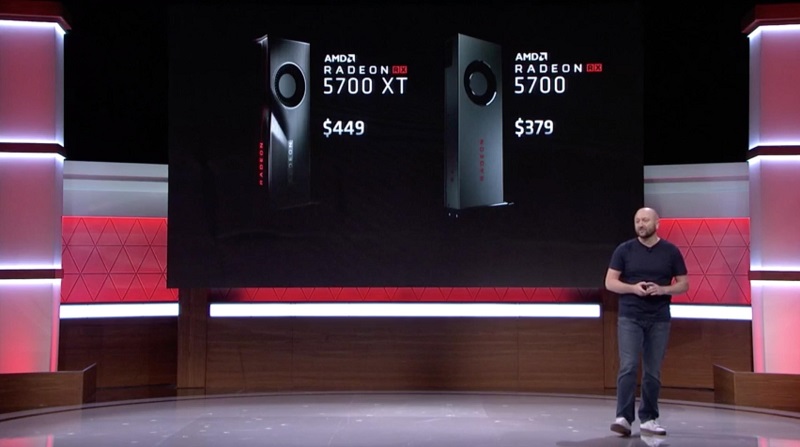 You can join the discussion on AMD's reported plans to lower Navi's pricing on the OC3D Forums.

tgrech
If their goal is to maintain their original undercut against the non-Super cards they'd need to knock about 40USD off the top and 20USD off the non-XT assuming this rumours true. Not that AMD ever has anything loosely resembling consistent launch day pricing across etailers or regions due to the way they only reccomend pricing points and let the sellers decide for themselves if competitions too fierce.Quote

How are you.... Mmmm... i have to be honest with you. Navi cannot compete with Nvidia Super cards in performance. And at current Super prices....its possible that our navi cards stay on the Shelfs forever.

MMMMm...ok i get...what can we do? Well...lets lower the prices. We cannot compete in performance anyway, so .... people will chose to have a few bucks more in their pockets instead of buying Nvidia cards. Lets hope so right??

tgrech
To be fair NVidia essentially had to move every card down a pricing tier to compete with Navi. The 2070S is a bargain bin 2080 and the 2060S is just shy of being a non-FE 2070.Quote

AlienALX
Aaaaaaand what did I say?Quote
Reply