When AMD launched their Radeon Software 18.12.2 driver earlier this month they added support for a compelling new feature, low-latency VR streaming to standalone VR headsets like the Samsung GearVR, Google Daydream, HTC Vive Focus and Oculus Go, utilising SteamVR to do so.

Right now AMD's ReLive VR streaming has a few other restrictions, requiring Windows 10 to function correctly as well as a router that is capable fo 802.11ac (5GHz) wireless connectivity. 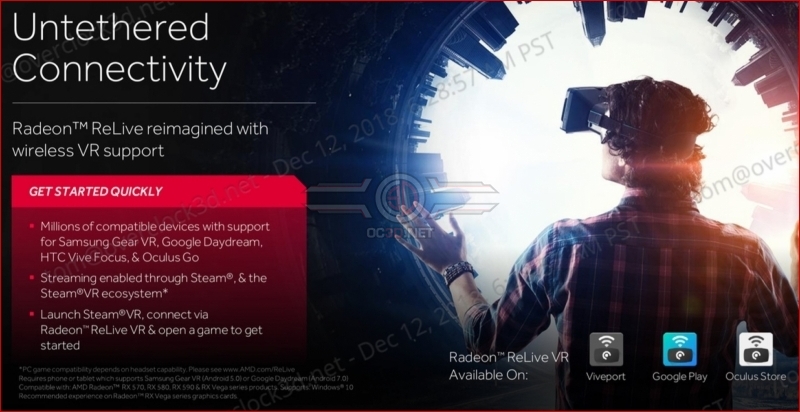 With AMD's marketing materials in mind, it is clear that the company's app works on Oculus' devices, with the only stumbling block coming in the form of the company's policies. While alternative PC to headset streaming apps are available on Oculus devices, AMD's solution promised low latency throughput, a factor that AMD's driver-level support would likely provide a lower-latency option.

You can join the discussion on AMD's ReLive VR Streaming Tool lacking support for the Oculus Go on the OC3D Forums.