RDNA 2 will represent a HUGE performance leap for AMD

AMD's RDNA 2 architecture is going to be a gamechanger for the company, offering its users a transformative performance increase over today's Radeon products while also acting as the baseline for both next-generation consoles.

When speaking to Analysts, AMD has also referred to their RDNA 2 flagship as "Big Navi", alleging that AMD's top RDNA 2 graphics card will be much larger than their RX 5700 XT, at least in terms of die size. Add that to AMD's faster clock speeds and increased performance-per-watt, and AMD has an incredibly strong product on its hands.

If these claims are valid, AMD's RDNA 2 flagship will feature 80% more compute units than AMD's RX 5700 XT, clock speeds that are at least 17% higher, and IPC increases on top of that. If RDNA 2's leaked CU count is legitimate, AMD's next gaming flagship will almost certainly be more than two times faster than anything that AMD has offered before. 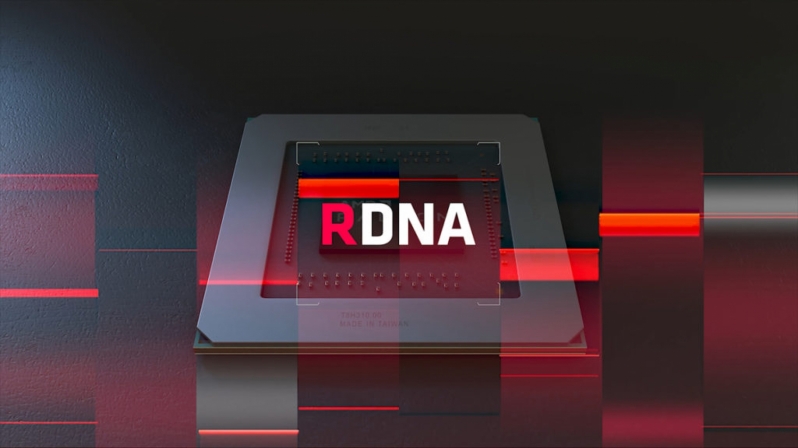 The boosted clock speeds on Sony's PlayStation 5 console are likely to represent a minimum of what RDNA 2 will offer on PC. Consoles have strict TDP restrictions and need to be rock stable over time. This often means that PC hardware can boost to higher speeds and sit a little higher in the performance-efficiency curve.

With this in mind, our guess is that RDNA 2's peak clock speeds will be 20-30% higher than what we can see on PlayStation 5. RDNA 2 also features many major features and architectural updates over RDNA, which means that AMD will be able to get more work done with each RDNA 2 clock cycle. That will add even more performance into the mix.

RDNA 2 is going to be a gamechanger for AMD's Radeon Technologies Group, but Radeon's success will ultimately be defined by the competitiveness of Nvidia's next-generation products. If Nvidia's Ampere architecture delivers some major improvements over Turing, Nvidia will be able to steal AMD's thunder.

Thanks to RDNA 2, AMD has a real shot at becoming a performance leader within the GPU market, and that fact should have Nvidia worried. Ultimately, this high-end competition will be good for consumers, and it should deliver PC gamers a lot more value for money in both the high-end and mid-range GPU market.

You can join the discussion on AMD's rumoured RDNA 2 graphics performance on the OC3D Forums.

RobM
Even though I will never be able to afford a decent card I really do hope this is true.Quote

g0ggles1994
Quote:
Same, I'm dying to see a competitive AMD GPU without having to qualify the statementQuote

Dicehunter
I really do want this to be true but I cannot see it and this time I'm not pre-ordering, I'll wait a few months.Quote

Kleptobot
The last few times amd has gone after performance with large high transistor count gpus it has been underwhelming. Radeon vii, vega 64, fury x I am not hopeful.Quote