Tonnes of bandwidth, no HBM

Rumour has it that AMD's "Big Navi" RDNA 2 flagship will feature 16GB of GDDR6 memory, at least according to 3D Center, whose citing a report from Chiphell's wjm47196.

If these rumours are to be believed; with Big Navi, AMD's avoiding HBM2 memory, opting instead for GDDR6 memory across a large 512-bit memory bus. For context, AMD hasn't released a GPU with a memory bus this large since the release of the R9 390X in 2015, a graphics card which utilised sixteen memory modules at launch.

With 16GB of GDDR6 DRAM, AMD must be using a 512-bit memory bus. It is the only bus size that works if AMD plans to offer even memory access and more bandwidth than today's high-end GPU offerings. A 256-bit memory bus can support this much VRAM with larger capacity memory modules, though a bus size that small could result in DRAM bandwidth issues.

With 16GB of DRAM and a 512-bit memory bus, AMD will be able to deliver more bandwidth than both next-generation consoles and offer as much GPU/Video memory as either console offers in combined CPU/GPU DRAM capacity. This design should allow AMD's "Big Navi" graphics card to age well when compared to both new consoles, offering more bandwidth, VRAM, a common graphics architecture and more raw gaming performance when it launches later this year.

The only downside of AMD's approach is the need for so much graphics memory, as having this many GDDR6 chips will add to the material costs of AMD's next-generation graphics cards. On top of that, the 512-bit memory bus will take up a lot of die space on AMD's flagship RDNA 2 graphics silicon, which has its own manufacturing costs. Regardless, if AMD needs this much bandwidth to deliver leadership gaming performance, it will be worth it. 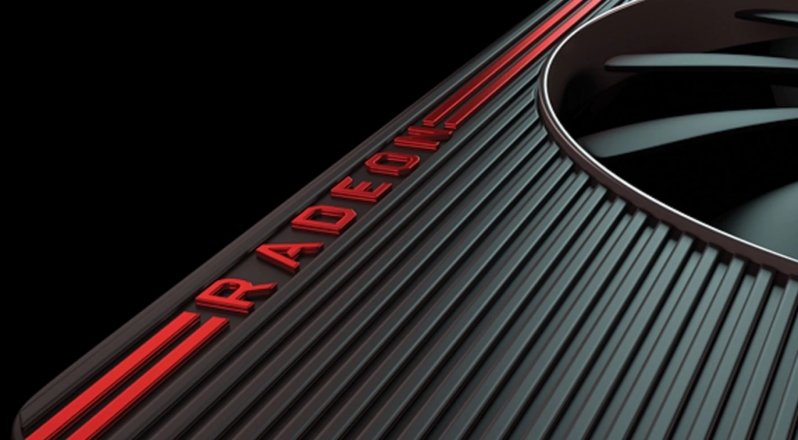 If recent rumours are to be believed, Nvidia plans to utilise faster GDDR6X memory modules to deliver the memory bandwidth that their Ampere graphics architecture requires. This will allow Nvidia to deliver enough bandwidth on their next-generation offerings with less overall DRAM capacity and fewer DRAM modules. If both sets of rumours are true, AMD will have more DRAM capacity while Nvidia will be able to deliver competitive levels of overall memory bandwidth with fewer DRAM modules.

As always, pre-launch product rumours can always prove to be false. That said, next-generation graphics cards will require more bandwidth to operate, especially as new games start to be optimised exclusively for next-generation consoles. Both the Xbox Series X and PlayStation 5 utilise 16GB of GDDR6 memory, a change which will increase the DRAM capacity and bandwidth requirements of new games.

You can join the discussion on AMD's RDNA 2 "Big Navi" graphics card reportedly featuring 16GB of GDDR6 memory on the OC3D Forums.

Dicehunter
If this is true then that's a good thing, In a hell of a lot of games I'm starting to get near the 8GB limit of the 5700XT.Quote

g0ggles1994
While I swore off upgading my PC for a while longer, I might cave when S.T.A.L.K.E.R.2. arrives if this is true.Quote
Reply