What are Draw Stream Binning Rasterizers?

At this time it is unknown how much AMD's new rasterization technique will affect the gaming performance of the RX Vega, though it will certainly allow it to do certain workloads with less power and lower overall memory bandwidth requirements. Will this help the RX Vega perform better if the GPU is memory bandwidth constrained, probably, could this saves power reduce thermals or be pushed to other sections of the GPU, perhaps. At this time it is unknown how much of an impact this feature will have on Vega. 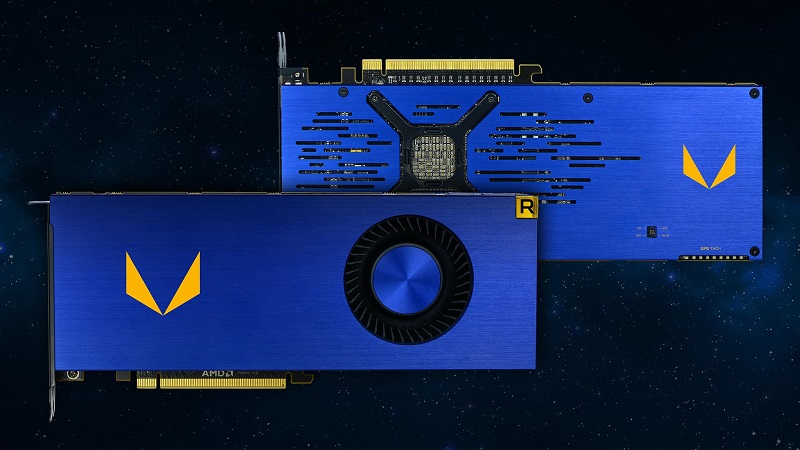 In simple terms, rasterization is what turns 3D shapes in games into pixels, with AMD's new Draw Stream Binning Rasterizer being a new option for AMD to use to cull pixels and improve performance in two ways.

First, this new method will help Vega to determine which pixels to shade and can reduce the work that the GPU needs to do. Pixels can only be one colour, but as you can see in the image below, multiple pieces of geometry can be present in that space. This new rasterizer will help the GPU to determine what data to use when shading, reducing memory access and power consumption.

AMD's new DSBR approach is looking at Rasterization using a Tile-based method, which is done a lot on mobile products and has even been implemented on Nvidia GPU architectures since Maxwell.  One other effect of this tile-based method is that is can effectively lower memory bandwidth requirements, which can give products a higher effective memory bandwidth when doing certain tasks.

The most important part of rasterization methods is that it eliminates pixels that are not visible in the rendered scene, which reduces the work that the GPU needs to do. 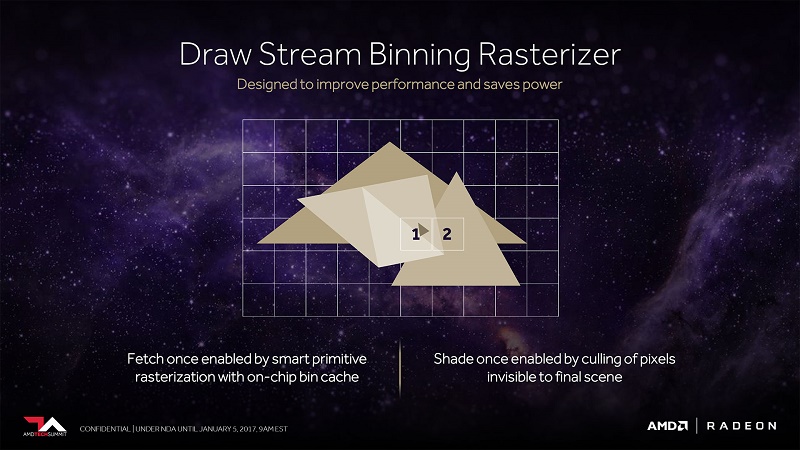 It will be very interesting to see how this feature, when combined with new RX Vega Gaming drivers, will affect the performance of AMD's Vega architecture while gaming. Will The RX Vega be able to outperform the Radeon Vega Frontier Edition when this new feature is enabled?

You can join the discussion on AMD's RX Vega on the OC3D Forums.

AngryGoldfish
I hope this will help tide the temperatures and power consumption. That would be awesome.Quote

NeverBackDown
Quote:
I suspect it will just increase performance. It's power consumption is already bad. May as well get the most power out of itQuote
Reply