For the most part, AMD's 2018 driver efforts were pretty stellar, offering day-1/0 support for most major AAA titles while addressing most major bugs as they were reported. The only major concern was AMD's lacklustre support for their Ryzen+Vega series of APUs and their Ryzen Mobile APU lineups, both of which were supported by relatively few editions of Radeon Software.

As AMD moves into 2019, the company plans to address this shortcoming, pledging that all of their Radeon Software releases from Q1 2019 onward will support both AMD's Ryzen Mobile series APUs as well as the company's desktop Ryzen + Vega APUs (as both use the same silicon). This applies to both AMD's Ryzen 2000 and 3000 series APUs as well as AMD's recent Athlon APUs.

Previously, every driver needed to be customised to support OEM products, a problem with left Ryzen mobile users with little to no driver support depending on their OEM's attentiveness. This prompted a lot of complaints from AMD's userbase, resulting in this response from AMD. Soon AMD's Ryzen Mobile APUs will get the same support as AMD's desktop-grade products, giving them the same day-1/0 "game ready" driver support and access to AMD's latest bugfixes. 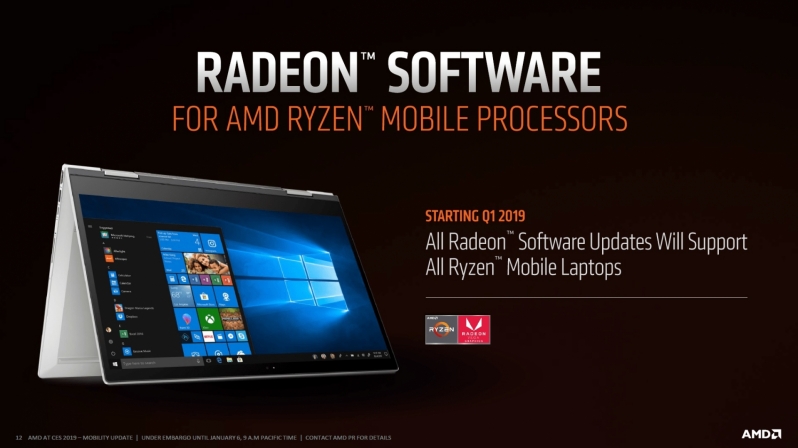 You can join the discussion on AMD upping their Radeon Software support for Ryzen Mobile APU users on the OC3D Forums.