As always, teases like this have gotten people to start digging, with Videocardz's searches resulting in a major information leak for "Radeon Software Adrenalin 2019 Edition" drivers.

For starters, AMD's Wattman utility is set to receive a new "one-click overclocking" feature to rival Nvidia's OC-Scanner, which is said to come complete with automatic undervolting support as well as memory overclocking support. This tool offers the potential for RX Vega users to get a lot more out of their graphics cards, as they respond well to undervolting.

On top of this, there is rumoured support for a feature called "Hey Radeon!", which updates AMD's Link App to support voice prompts. This will allow users of the AMD Link app to enable features like FPS counters with their voice, though language options for the tool will be limited, presumably to English and Chinese.

Perhaps the most unexpected update to Radeon Software Adrenalin Edition is support for Streaming to VR headsets, which will allow PCs to stream gameplay to standalone VR headsets. This feature is not available on any other PC hardware/software solutions, making it a massive highlight for AMD/Radeon's latest driver release. Sadly, however, I don't see this selling many new Radeon graphics cards, as not many PC gamers own standalone VR headsets. 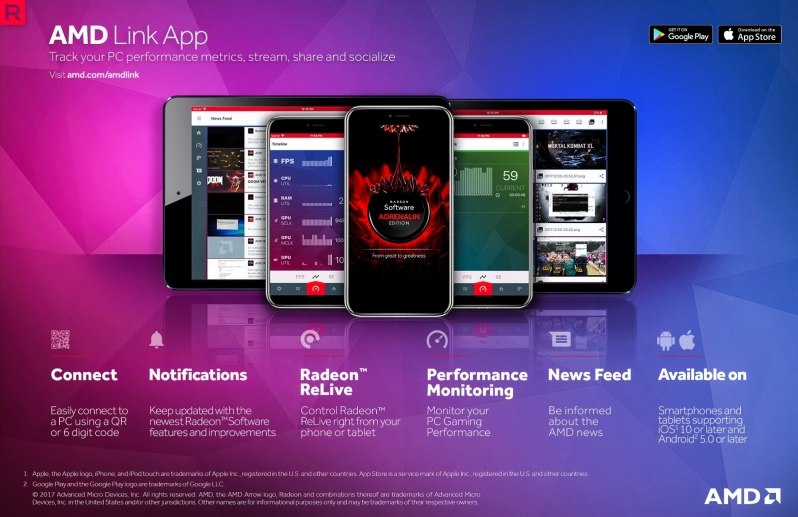 Videocardz has noted that AMD's Radeon Software 2019 Edition driver includes more features than what we have already mentioned, though at this time we can only guess at what AMD/Radeon has done to improve their driver stack further. Has AMD continued to focus on reducing frame latency? Will the driver itself pack performance improvements in specific workloads? I guess we will have to wait and see?

You can join the discussion on AMD's Radeon Software 2019 Edition Driver Improvements on the OC3D Forums.

AlienALX
Just installed the latest, but this sounds good. I liked the version of EVGAs software you could address by phone/tablet. Was a nice addition, being able to OC in game etc.

Hopefully this will work well, as in some games I can get 100mhz out of my Fury X and it's fine, yet in others it won't play ball.Quote

tgrech
You can already check stats/FPS/ect via your phone on all AMD hardware(From 2012 GCN onwards anyway) with the AMD Link app, this just adds voice control to it. To be honest the app can feel a little rough around the edges at times but it does the job at hand quite well.Quote
Reply