GPU prices are continuing to get lower, and that's great news for gamers

GPU pricing has collapsed over the past few months, bringing the pricing of modern high-end graphics card prices all new lows. It wasn't long ago that AMD's Radeon RX 6900 XT was available for over £1,500, and now this graphics card is available for less than half of that.

Today, Gigabyte's Radeon RX 6900 XT Gaming OC model is available for £728.99 at Overclockers UK. When compared to the pricing situation a few months ago, this price is insane. This is far below AMD's Radeon RX 6900 XT MSRP, making this graphics card a compelling upgrade for those who do not want to wait for next-generation graphics cards to launch.

While AMD's Radeon RX 6900 XT is no longer the company's gaming flagship, it is worth remembering that the Radeon RX 6950 XT is a moderately overclocked RX 6900 XT with faster VRAM and a higher power draw. Currently, the RX 6950 XT is shipping for around £1,100 or more. Simply put, the RX 6900 XT represents a lot more value for consumers. 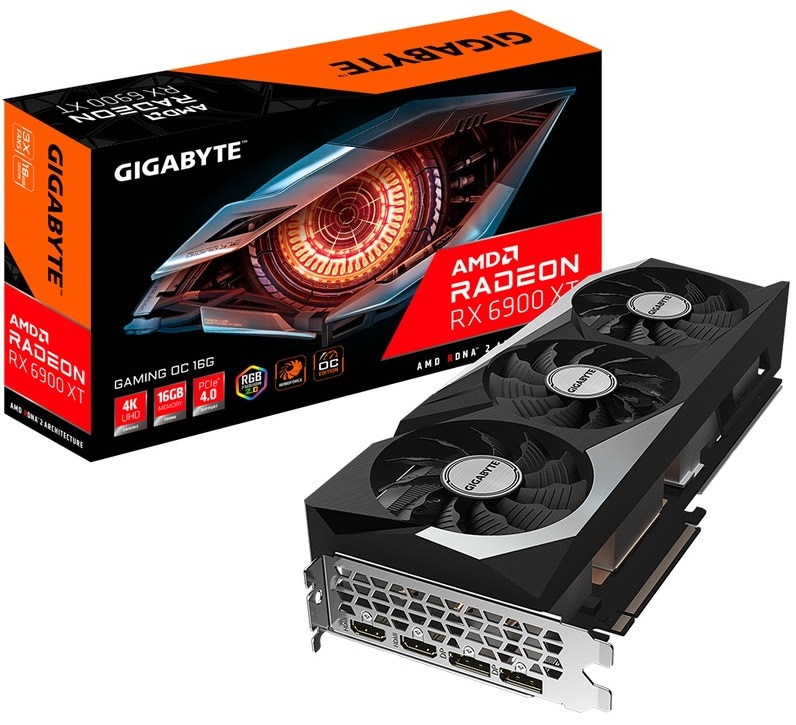 New Radeon GPUs are on the horizon

While AMD's Radeon RX 6900 XT represents grat value within today's GPU market, it is worth remembering that AMD plans to launch RDNA 3 based graphics cards later this year. While AMD has not detailed the architectural innovations that are present within RDNA 3, we can expect better high-end gaming performance and higher levels of power efficiency. Whether or not RDNA 3 is worth waiting for is up to you and whether you want to upgrade now or later.

You can join the discussion on Gigabyte's £730 Radeon RX 6900 XT Gaming OC on the OC3D Forums.

AlienALX
Great price. Nice to see AMD actually slashing prices and getting way below what was the RRP on these. I would still buy the 6800XT at £649, though. There really isn't anything in it apart from the number.Quote
Reply