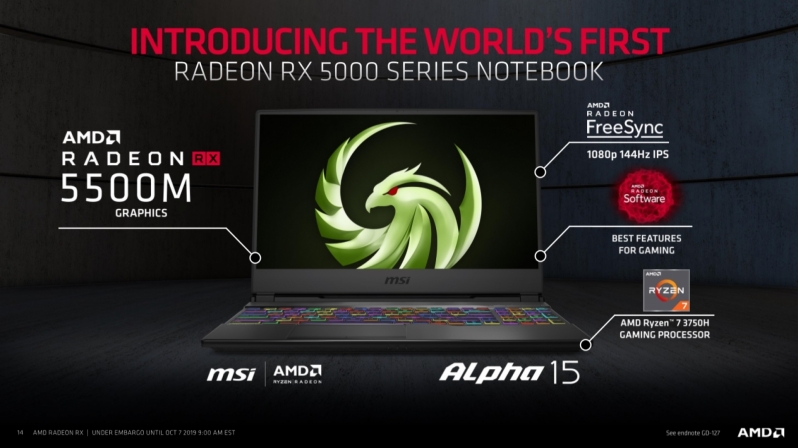 In the notebook market, AMD plans to deliver gamers more performance than Nvidia's GTX 1650 Mobile, perhaps making the RX 5500M the GPU of choice for mobile gaming PCs. Ultimately, we will have to wait and see how well these Navi-powered mobile systems are priced before we can call AMD a victor here.

MSI's Alpha 15 will release with an AMD FreeSync display that supports 1080p at 144Hz, and RGB illuminated the keyboard and uses an AMD Ryzen 7 3750H processor.

HP, Lenovo, and Acer all plans to release gaming systems with AMD's RX 5500 series GPU in the coming weeks/months. 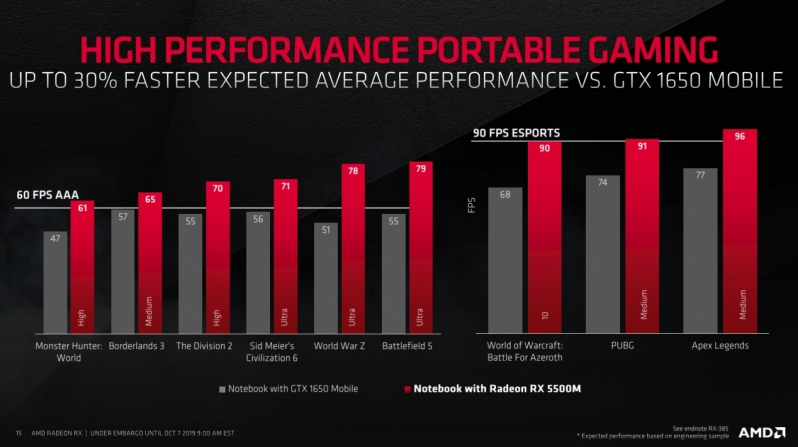 AMD's Radeon RX 5500 series of graphics cards will be added to the company's new Radeon "Raise the Game" GPU bundle. This will allow purchasers of Radeon RX 5500 GPUs or systems to gain access to a free copy of Borderlands 3 or Ghost Recon Breakpoint. This offer will be available until December 31st 2019. 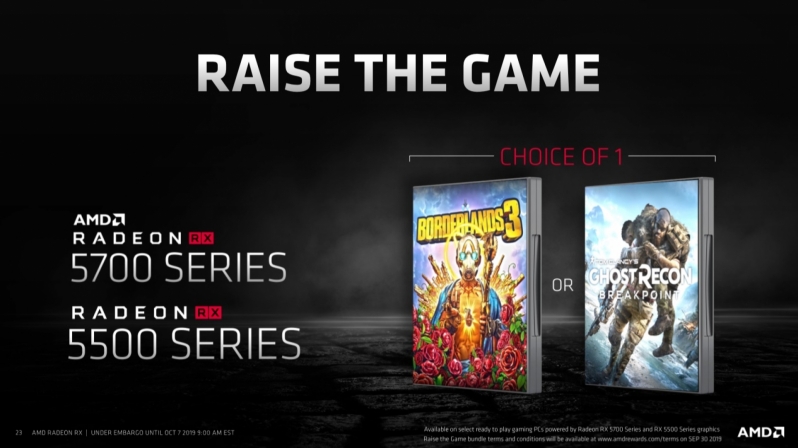 Sadly, AMD has not specified when standalone RX 5500 series graphics cards will be made available. All that AMD has told us is that they are coming in Q4. 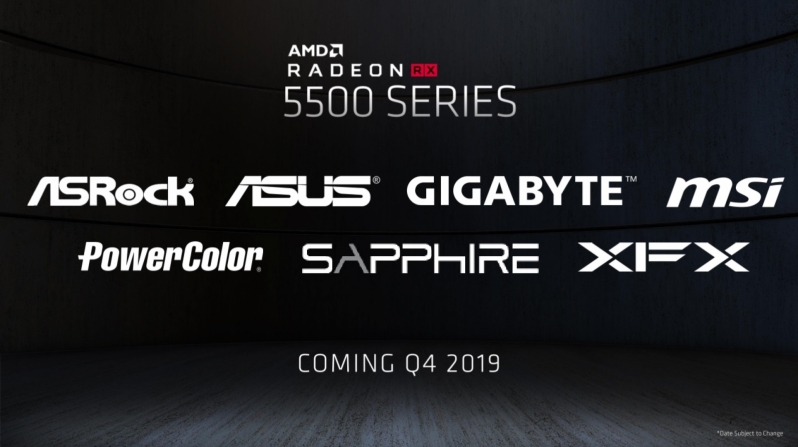 You can join the discussion on AMD's Radeon RX 5500 series of desktop and mobile graphics cards on the OC3D Forums.

CRITICALThinker
Looks like a neat card, can't wait to see reviews. I'm glued to the nvidia side for personal rigs but competition is excellent.

Also @editor the specs table should probably say 4GB GDDR6 for the 5500M according to the slides.Quote

WYP
Quote:
The typo in the table has been addressed.Quote
Reply