AMD's due to reveal their "Big Navi" series of RDNA 2 graphics cards this week, and Radeon is set to impress. If these new leaks are correct, AMD will be delivering gamers more compute units, higher clock speeds and more architectural features than any graphics cards that AMD's Radeon team has ever released.

According to Videocardz. AMD's Radeon RX 6900 XT will be leading the pack, using AMD's Navi 21 XTX core and 80 total compute units to deliver staggering levels of GPU performance. This gargantuan graphics core is said to boost as high as 2,330 MHz, giving this GPU 2x as many CUs as AMD's RX 5700 XT and higher clock speeds.

Next up, AMD has its RX 6800 XT, which will feature 72 Compute units and a game clock of 2015 MHz. Like the RX 6900 XT, it should feature 16GB  of GDDR6 VRAM over a 256-bit memory bus. This configuration gives Radeon a lot more memory than Nvidia's RTX 3080 and RTX 3070, which could give AMD an advantage as 4K gaming and higher resolution game assets grow in popularity.

AMD has also reportedly moved up its release timetable for their RX 6700 XT and RX 6700 graphics cards, GPUs which will act as a more direct replacement for AMD's Navi 1x/RDNA RX 5700 series product line. With 40 CUs, AMD's RX 6700 XT will replace AMD's RX 5700 XT with 12GB of VRAM, the same CU count, higher clock speeds and all of the architectural enhancements of Radeon's RDNa 2 architecture. 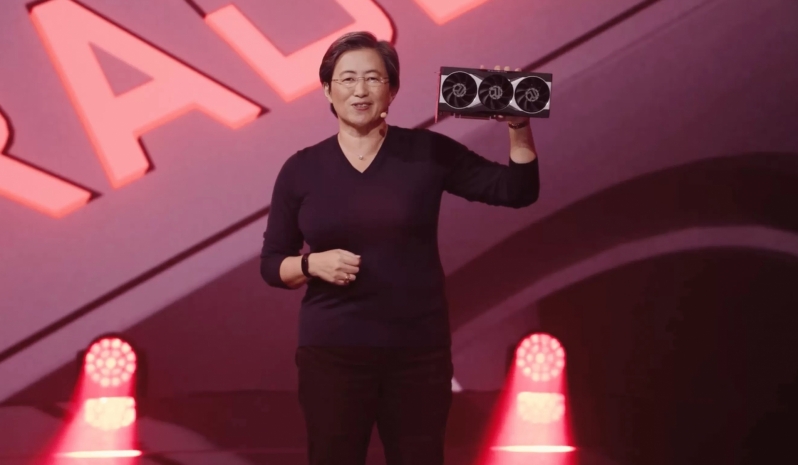 You can join the discussion on AMD's Radeon "Big Navi" RDNA 2 lineup leaks on the OC3D Forums.

trawetSluaP
I'm not as technically minded as a lot of your guys but those numbers look very impressive to me!Quote

Warchild
Quick... someone hand her a black leather jacket. We got a new boss in town

AngryGoldfish
One of the only redeeming things to happen over the next six weeks (Ireland is in another lockdown) is gonna be graphics cards and CPUs.Quote

looz
Quote:
Huh, did you not watch the 5000 series announcement event?Quote
Reply