AMD's latest Radeon Software release is dedicated to bug fixes and stability improvements, addressing 12 separate issues which were present within their prior driver releases.

Below are the full release notes for AMD's Radeon Software 20.9.1 driver.

- Project CARS 3™ may experience mirror like corruption when using VR during game menus on GCN based Radeon graphics products.
- With Radeon FreeSync enabled on Radeon RX 5000 series system configurations, task switching to another display or application may cause the display to flicker for a few moments or for the displays refresh rate to spike.
- Enhanced Sync may cause a black screen to occur when enabled on some games and system configurations. Any users who may be experiencing issues with - Enhanced Sync enabled should disable it as a temporary workaround.
- Performance Metrics Overlay and the Performance Tuning tab incorrectly report higher than expected idle clock speeds on Radeon RX 5700 series graphics products. Performance and power consumption are not impacted by this incorrect reporting.
- With HDR enabled, Windows® desktop may experience flickering, and performing a task switch while in a game may cause colors to become washed out or over saturated.
- Audio may experience instability when connected through an Audio Video Receiver via HDMI® on Radeon RX 5000 series graphics products.
- Modifying the HDMI Scaling slider may cause FPS to become locked to 30.
- Some games may exhibit stutter intermittently during gameplay on Radeon RX 5000 series graphics products. 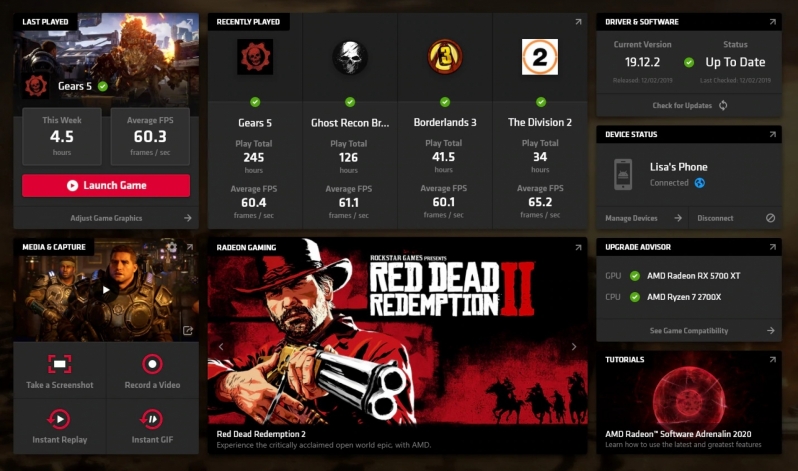 You can join the discussion on AMD's Radeon Software Adrenalin Edition 20.9.1 driver on the OC3D Forums.

Avet
After 14 months 12 bugs fixed in single instance and only 8 known to go. It is just a month until they release new cards. I hope 6000 cards won't have the same driver issue.Quote

tgrech
Quote:
Aren't only two of these big fixes relating to 5000 series? Most of the new bugs come and go with new games and Windows versions. Often AMD do several fixes a month and bi-yearly super stable WHQL drivers, the WHQL ones last April fixed most remaining 5000 bugs.Quote

Gambit2K
Quote:
All true, people are still talking about AMD drivers issues that were solved 5-6 months ago...

Piskeante
the BIG BUGS on the drivers are still there, ALL OF THEM, after 1 year. Good luck buying AMD cards with this disastrous team.Quote

NeverBackDown
Quote:
Funnily enough over on the AMD reddit everyone is saying all the big bugs were fixed...Quote
Reply