When revealing their Radeon RX 6700 XT graphics card, AMD confirmed that Smart Access Memory support is coming to the Ryzen 3000 series of processors, delivering official support for one of AMD's killer platform features to a broader number of PC gamers.

To be more specific, Smart Access Memory allows your system's processor to access all of your graphics card's VRAM, pushing past the limits of yesteryear by allowing CPUs to utilise more of the bandwidth of PCI express and harness the full potential of your GPU's memory to deliver the best possible gaming performance.

It was already available, but now it's official

In January, we also tested Smart Access Memory with Intel's i9-10850K processor, confirming that Resizable BAR could deliver similar performance increased on Intel processors, despite not being officially supported by AMD. 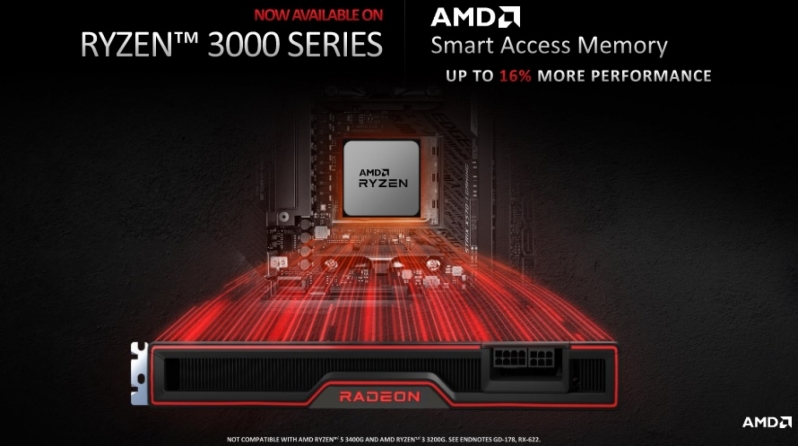 You can join the discussion on AMD bringing Smart Access Memory to its Ryzen 3000 series processors on the OC3D Forums.