Over the past year, AMD has received a lot of criticism for its support of Ryzen Mobile CPU lineup, which has often gone without driver updates for months. Starting this month, AMD plans to unify the company's Radeon driver stack, integrating support for Ryzen Mobile, and the company's Ryzen+Vega desktop products into all of the company's future Radeon Software releases.
In a recent Twitter post, AMD has reconfirmed their plans to support Ryzen Mobile in their Radeon Software Adrenalin drivers later this month, telling their followers to "stay tuned for updates next week".

After this month AMD's Ryzen Mobile processors will no longer require OEM approval for updates, allowing all new driver updates to be installed directly from AMD's website. This change will also allow users of AMD's Ryzen+Vega desktop APUs to receive frequent game-specific driver optimisations, which is great news for budget gamers. 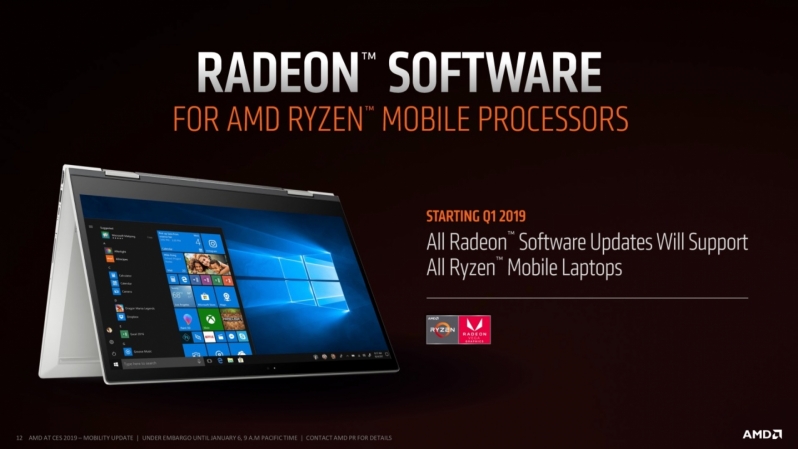 With this information in mind, we one of AMD's next driver updates to support Ryzen Mobile, likely in version 19.2.3 or 19.2.4, depending on the company's release schedule. AMD is likely to release a new game-specific driver update for EA's Anthem later this week.

You can join the discussion on AMD's Radeon Software Adrenalin driver gaining support for Ryzen Mobile next month on the OC3D Forums.