Is this a Radeon or Ryzen reveal?

Several high profile AMD employees have been teasing something big, and the latest of these teases comes from Frank Azor, AMD's Chief Architect of Gaming Solutions & Marketing.

In a recent Tweet, Azor quoted a song from the musical Annie, stating that "The sun'll come out Tomorrow So ya gotta hang on 'Til tomorrow", suggesting that AMD something to show gamers very soon.

At this time, it is unknown what AMD will announce, be it the company's Ryzen or Radeon camps. Frank Azor is AMD's Chief Architect of Gaming Solutions & Marketing, suggesting that this reveal will be of particular interesting to gamers.

Could this be the reveal of "Big Navi", the launch of a new Radeon Software feature or a sneak peek at their Zen 3 powered Ryzen 4000 processors? Our bet is on a Radeon announcement, though we could be wrong. Either way, we will know that this announcement is by this time tomorrow.

"The sun'll come out
Tomorrow
So ya gotta hang on
'Til tomorrow
Come what may
Tomorrow, tomorrow!
I love ya tomorrow!
You're always
A day
Away!"

You can join the discussion on Frank Azor's cryptic AMD teaser on the OC3D Forums. 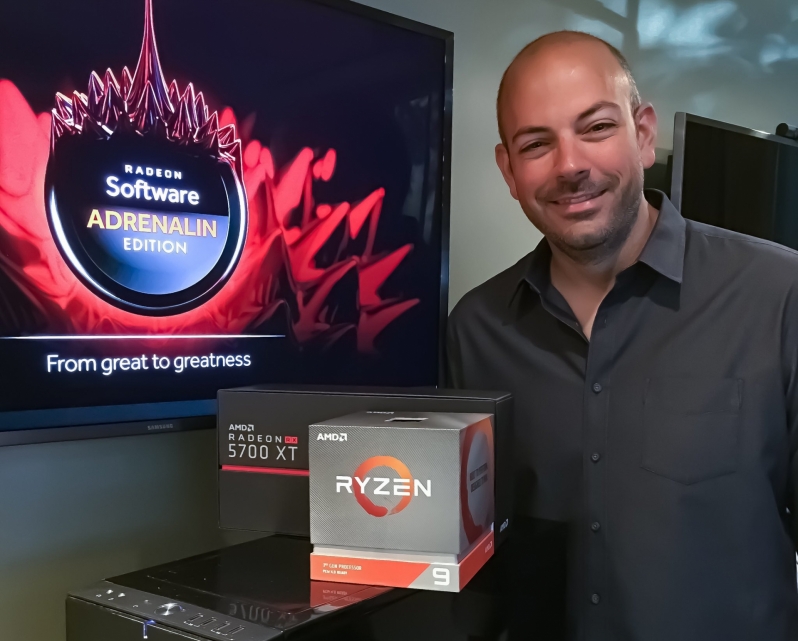 Dippin-in
I say put up or STFU, this leak period from both companys is just ing me off. The performance, price, cores leaked info may as well be pinned to a bloody pendulum.

Dicehunter
So AMD are going to announce 4000 series CPU's and RDNA2, Woo, Just gimme performance metrics of RDNA2, I don't care about CPU's until at least next year.Quote

Warchild
Quote:
Which is less than 4 months away :PQuote

g0ggles1994
Quote:
Which in Dice's case is about 4 days, hahaQuote
Reply