A lot of PC gamers are disappointed right now, as Nvidia's RTX 3080 and RTX 3090 graphics cards have both launched with lacklustre retail stocks. Both graphics cards sold out within minutes of launch, and that has left customers dissatisfied with Nvidia.

In a recent tweet, a VR developer called Andre Elijah expressed his disappointment that he was unable to acquire an Nvidia RTX 3090 graphics card. Within this tweet, Andre bet $10 that AMD's RDNA 2 series of graphics cards would "be a paper launch too." In response, AMD's Frank Azor said this: "I look forward to taking your $10".

In a later tweet, Frank Azor stated that AMD is "Doing our best to set and meet proper expectations." Hopefully, this means that AMD plans to launch RDNA 2 with ample retail stocks and without questionable marketing claims.

AMD plans to discuss RDNA 2 on October 28th, and it now seems clear that Radeon intends to announce new products as part of this event. This means that we can expect to hear about AMD's Radeon RX 6000 series of graphics cards, with detailed product specifications, pricing and release date information.

Given the negative press and fan feedback surrounding Nvidia's Ampere launch, gamers can be sure that AMD will do whatever it can to avoid the same pitfalls with its Radeon products. That said, there is no guarantee that AMD will be able to ensure that they will be able to maintain ample stocks of its RDNA 2 products at launch. 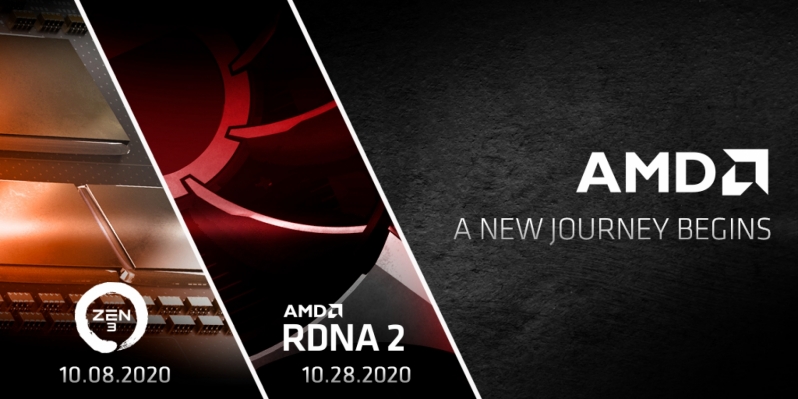 AMD's RDNA 2 architecture will provide AMD with an excellent opportunity to surpass Nvidia, as while Ampere provides gamers with impressive performance levels, it doesn't deliver much more than Turing in terms of power efficiency.

With RDNA 2, AMD plans to deliver gamers a 50% gain in performance-per-watt over RDNA, a factor which will allow AMD to deliver some impressive performance gains over the company's existing products. These gains should allow AMD to bring its latest products in line with Nvidia when it comes to power efficiency, if not exceed Nvidia in some cases.

At this time, the performance of AMD's RDNA 2 products remains to be seen. That said, team Radeon is sure to deliver a product that can give Nvidia a run for their money. The question today is whether or not AMD can best the RTX 3080.

Even if AMD can surpass the RTX 3080 in some titles, it is worth noting that Nvidia has DLSS and years to RTX-focused ray tracing game implementations on their side. If AMD does not have an answer to DLSS, Nvidia will have a critical advantage to hold over Radeon. DLSS will be featured within a lot of 2020's AAA releases, giving Nividia a large advantage in games like Watch Dogs Legion, Cyberpunk 2077 and Crysis Remastered (a DLSS patch is coming). 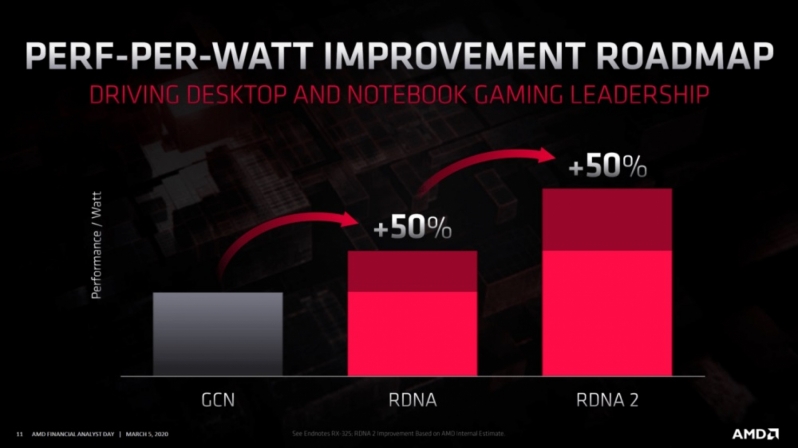 To succeed, AMD's upcoming RX 6000 series lineup will need to show gamers that it has the raw performance and software support to counter Nvidia's RTX products and features. Only time will tell whether or not Radeon can do this.

You can join the discussion on AMD's Frank Azor promising that RDNA 2 will not have a "paper launch" on the OC3D Forums.

But I do feel they will compete, dreamland is what if they can best nvidia even without dlss, it's not too long a wait until the reality is here but i'd expect them to match to a point on all cards and price they will undercut.

They at least finally got a half decent cooler, that is a good change so lets hope they changed lots of other things as well

AlienALX
The only problem is that unless they make one for every single person that wants one on release day there won't be enough.

And that isn't usually a problem but winter is coming and Covid is upon us. So every one is sitting at home bored out of their brains.

Sony couldn't cope, Microsoft couldn't cope and neither could Nvidia (though it's arguable how much they even tried....)

There were stock issues with the 3000 series at launch and that was pre Covid. I wish them luck.Quote

KingNosser
I expect they will sellout, think both companies are going to have issues for months it'll just be a case of get one when you can, unfortunately for some that might be next year.Quote

WYP
I think it will sell out, but I think it won't be instant like Nvidia.

Nvidia's GPUs will be taking away some demand, as RTX 3080 users are unlikely to buy a new Radeon GPU, and Nvidia has a month to try and make more sales before AMD even announces their 6000 series. Not everyone will "wait for Navi 2"

With Apple moving to 5nm with their latest silicon and Nvidia using Samsung for Geforce Ampere; AMD should have plenty of 7nm to work with, especially now that Huawei is gone from TSMC's books.Quote

tgrech
To be fair, RDNA2 as an architecture must have been finalised quite a long time ago given it's been integrated into the APUs of both consoles, usually takes a fair bit longer to make a complete APU out of an arch than the GPUs, so they must have been "holding off" somewhat on this launch, or not super rushing to get dGPUs on sale anyway, I guess possibly due to agreements with Sony and MS, maybe to build stock, maybe because of capacity, maybe all of these bits together, that bit we can only guess

And of course, AMD have been using this node for 1 month shy of 2 years now, TSMC 7nm is fairly cheap and mature all things considered, hence why it's viable for huge console chips and such.Quote
Reply