This article was possible thanks to information provided by Kilbane on the OC3D Forums.

Rumour has it that AMD will be revealing their upcoming AM4 motherboard platform in October, with DDR4 memory support, PCIe Gen 3, USB 3.1 and NVMe storage support.

At this moment specific details on AMD's AM4 platform are scarce, but we do know that AMD has integrated both the northbridge and southbridge onto the CPU, allowing the AM4 platform to be compatible with both AMD's upcoming APUs and CPUs, making AM4 a unified AMD socket.

This means that both AMD's high-end and low-end CPU lineups will be using the same socket, giving future AMD users a lot of CPU upgrade room and giving PC builders a lot of versatility. Some gamers may opt to start off with a mid-tier APU and then upgrade to a dedicated GPU and then a higher-end CPU in the future, which is great for consumers. 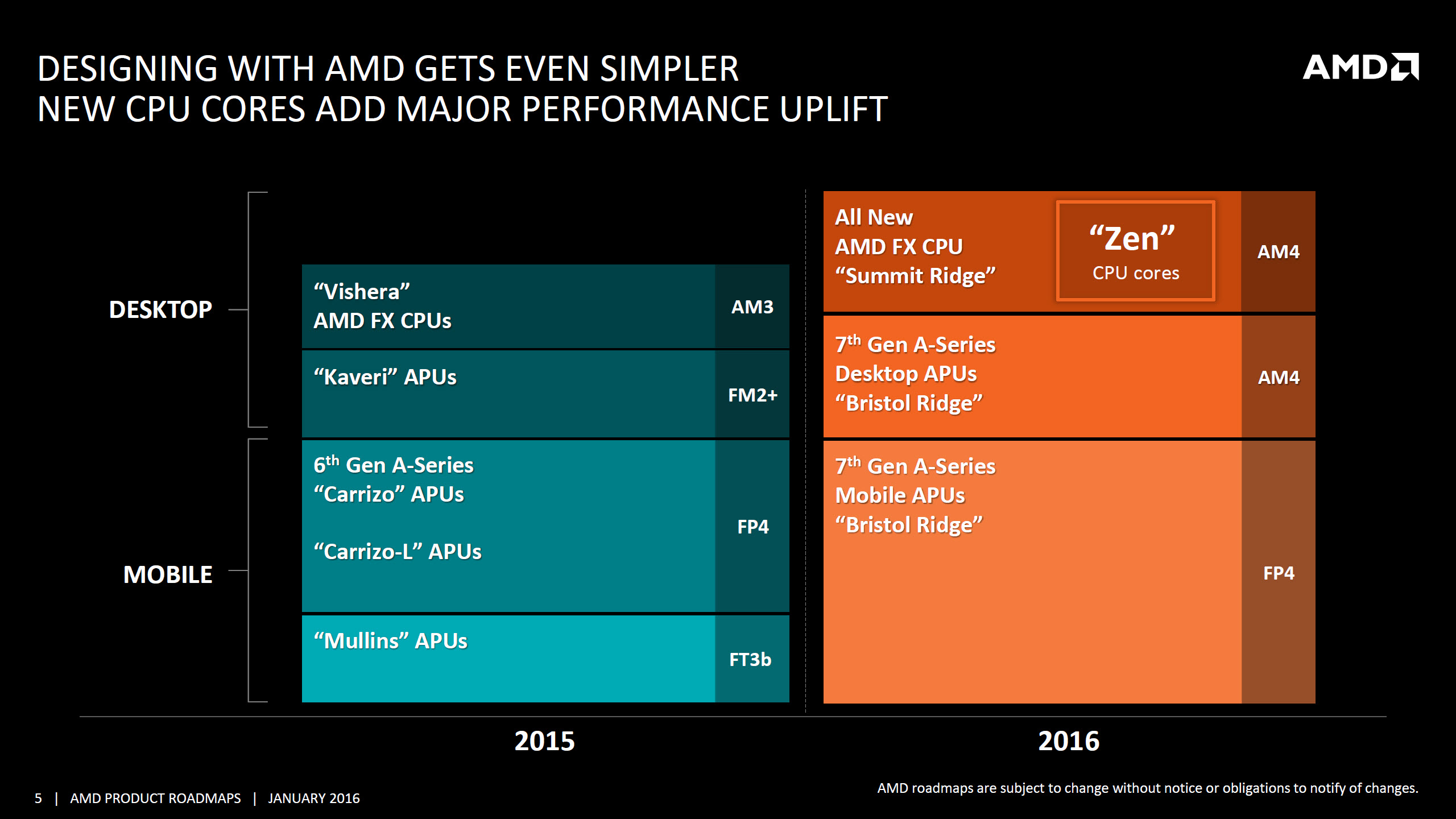 We will continue to give you more information on AMD's AM4 platform as we learn more.

You can join the discussion on AMD's AM4 platform on the OC3D Forums.

AMD's AM4 motherboards are rumoured to launch in October with DDR4 memory support.https://t.co/PmkwE6NM20 pic.twitter.com/9JSKVKbgc1

Damien c
Zen looks interesting and hopefully is close to the claims that AMD have made, I hope it's not another Bulldozer.Quote

dwatterworth
It would be great to see a simplified number of chipset variants as well on the consumer side.Quote

he basically did what he had to do then went off in search of adventure elsewhere. I mean, why would AMD pay him when he's done what they asked?

TBH I have faith that he did it right. Of course they could monumentally mess it up but that would be pretty hard. The issue with Bulldozer was the design. AMD did everything to refine it but it just stank from the very beginning really.Quote
Reply