AMD's Wattman and Chill functions are relatively new to AMD's driver stack, allowing users to overclock or underclock their systems from within AMD's Radeon Software and utilise power saving features in a wide variety of games.

With Radeon Software 17.7.2, AMD will be adding new memory underclocking functions to Wattman, which will allow users to potentially improve their GPU core overclocks by downclocking their memory to decrease its power consumption. This new update will also offer users with more GPU power stare controls, but only for AMD RX 500 and 400 series or newer GPUs. 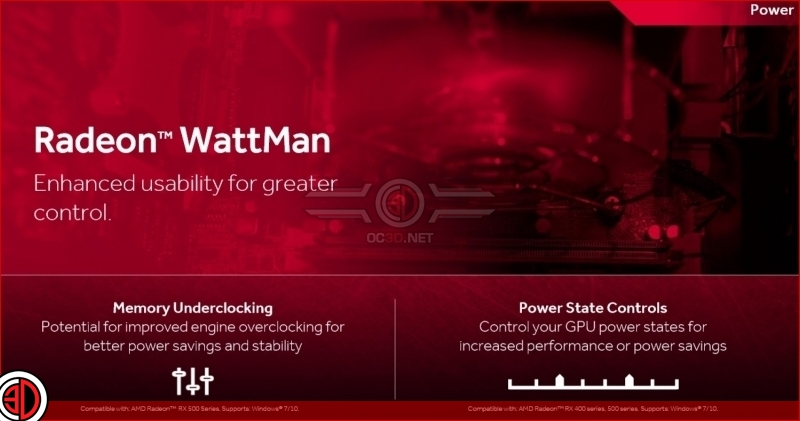 Back in December, AMD introduced a new feature called Radeon Chill, which is a feature that can be used with most games to deliver lower average frametimes and lower GPU power consumption and thermals.

This new feature was designed to make AMD's GPUs more competitive in the mobile market, increasing battery life and the user's electric bill as well as reduce thermal load and best of all it is designed to improve the user's gaming experience. 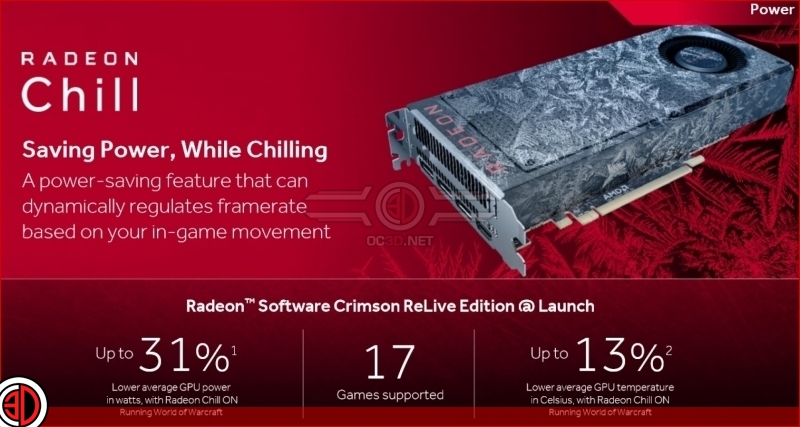 In basic terms, if you are standing still in a game Radeon chill will decrease your framerate to conserve power, but automatically increase framerate back to normal when you begin moving again. During high framerates (above your display's refresh rate) Radeon Chill will also regulate performance for reduced frametimes and increased responsiveness.

The major benefit of Chill is that users should not be able to notice the difference between Radeon Chill being on or off. 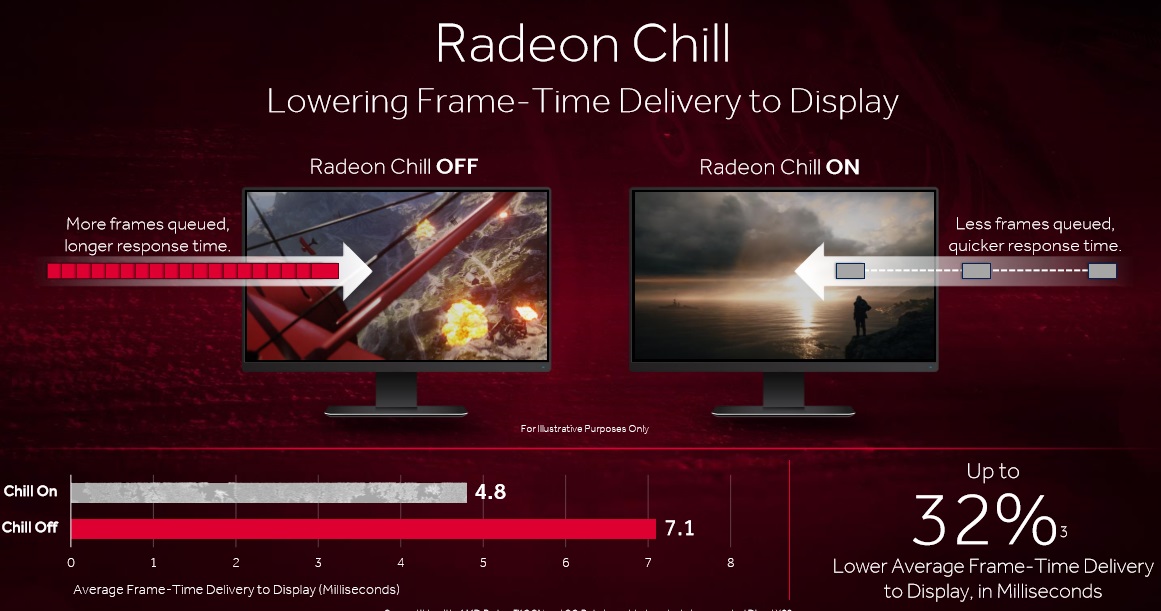 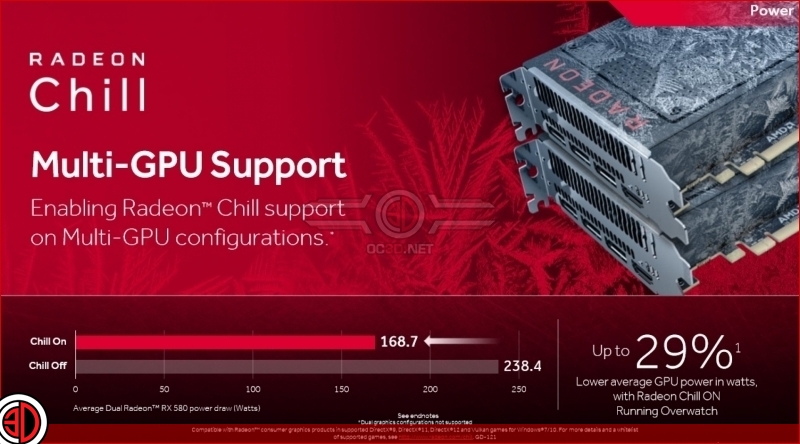 With the release of Radeon Software 17.7.2 AMD is bringing Chill support to DirectX 12 and Vulkan games and has added Radeon Chill controls to game graphics profiles, allowing the function to be enabled and adjusted easily on a game-by-game basis.

AMD has also added Chill support to Multi-GPU configurations and to external GPUs what use Radeon XConnect Technology. 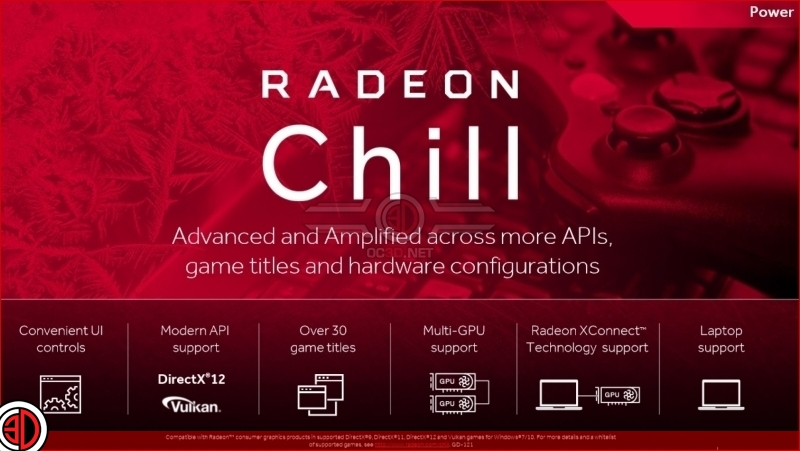