It's official, AMD has revealed Navi, which will launch under the RX 5000 series brand name, with the new naming scheme coming from AMD's 50th anniversary.

Team Radeon has confirmed that Navi will be a post-GCN graphics architecture, utilising what AMD calls an RDNA design. RDNA stands for Radeon DNA, with Lisa SU stating that Navi will offer a 25% boost in instructions per clock over Vega and a 1.5x boost to performance per watt, two factors that will significantly shake up the Radeon brand as we know it.

RDNA is designed to move AMD forward for the next decade, ushering in the era of next-generation 7nm graphics in July 2019. Expect to hear a lot more about Navi at E3 2019 on June 10th, where AMD will reveal more in-depth details about the architecture and showcase AMD's RX 5700 graphics card. 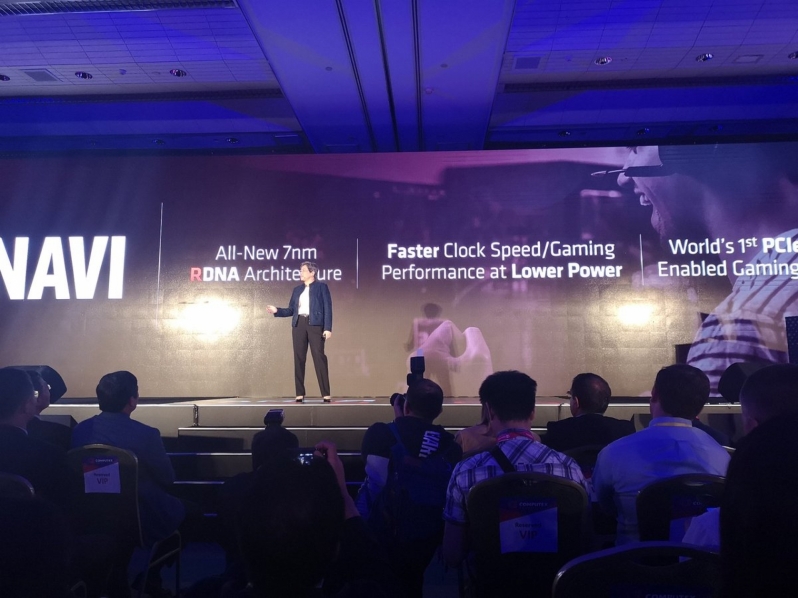 Below is an image of AMD's Navi silicon, with AMD showcasing a demo which reveals that their Radeon Navi graphics card can offer performance levels that are 10% higher than Nvidia's RTX 2070 in Strange Brigade, and that's with early drivers. Navi will also be used to power Sony's next-generation PlayStation console.

Navi's RDNA architecture will act as the basis of AMD's next decade of graphics solutions, which means that competitiveness with Nvidia's mid-range RTX series is just the beginning. We will see bigger graphics chips and post-Navi designs in the future, but for now, we will have to wait until E3 before we get a deeper glimpse at Navi.

AMD has confirmed that Navi will support PCIe 4.0, a first for gaming graphics cards, but sadly AMD has made to references to ray tracing during their Navi reveal. 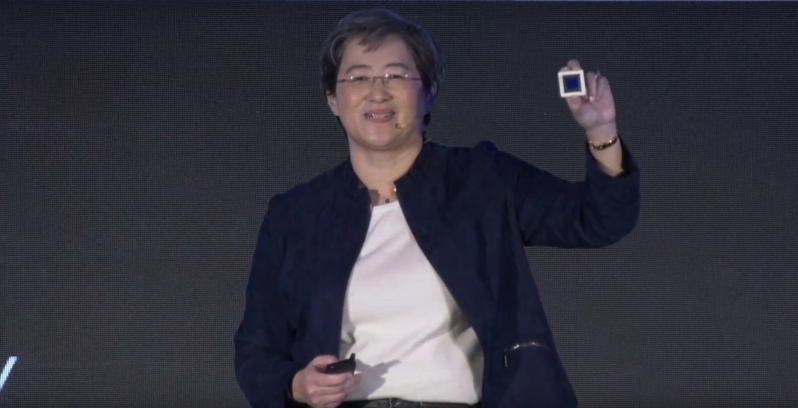 You can join the discussion on AMD's Navi graphics cards and RDNA Architecture on the OC3D Forums.

jcchg
I see it coming. Vega 64 level performance, but more efficient for £350-400. I'll definitely wait for Nvidia next-gen, AMD next-gen, or meaty discounts in 2020 for this RX5700.Quote
Reply