AMD has unveiled its Radeon RX 6000 series of graphics cards, and they are revolutionary. Not only has AMD smashed its last-generation Radeon lineup, but they have put Nvidia on notice, promising compelling pricing, more VRAM and full support for the next-generation hardware feature set. 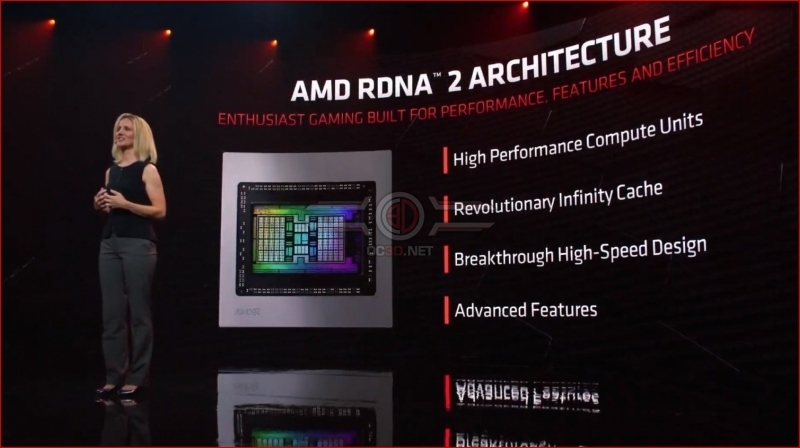 AMD's Radeon RX 6000 series is powered by AMD's RDNA 2 architecture, which has been built from the ground up to deliver stellar gaming performance while delivering the same GPU features as the PlayStation 5 and Xbox Series X. On top of this, AMD's RDNA 2 powered PC graphics cards will feature an innovative caching system which allows AMD to deliver more bandwidth with a smaller memory bus. 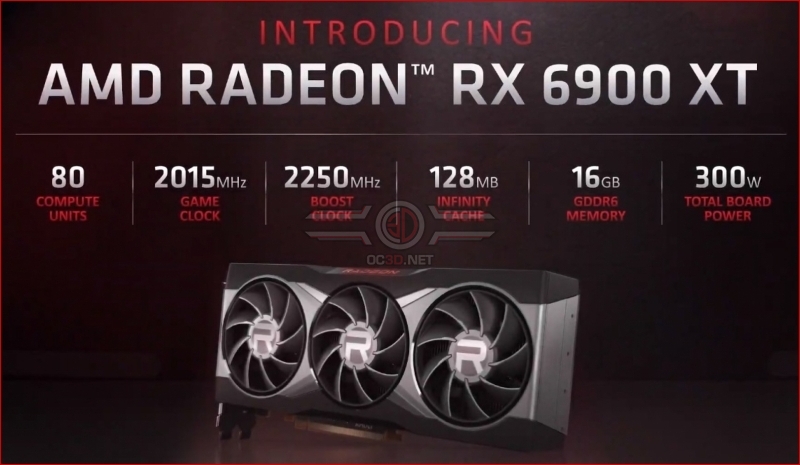 What is Infinity Cache?

With Infinity Cache, part of AMD's Zen design philosophy has spilt into the company's Radeon graphics card designs. With RDNA 2, power efficiency is AMD's primary design goal, and a lot of power is spent on memory management.

With RDNA 2, AMD has developed a new cache system which will revolutionize how gamers consider memory bandwidth. Like AMD's large L3 caches on Zen 3 processors, Radeon's RDNA 2 Infinity Cache is a buffer which allows important information to the stored within GPU silicon to reduce the need for bandwidth from external sources.

With Infinity Cache, AMD has delivered more performance while consuming less power. The fact that an RDNA 2 graphics card with a 256-bit memory bus competes with Nvidia GPUs with larger memory bus' and faster GDDR6X memory says a lot about the impact of AMD's Infinity Cache. 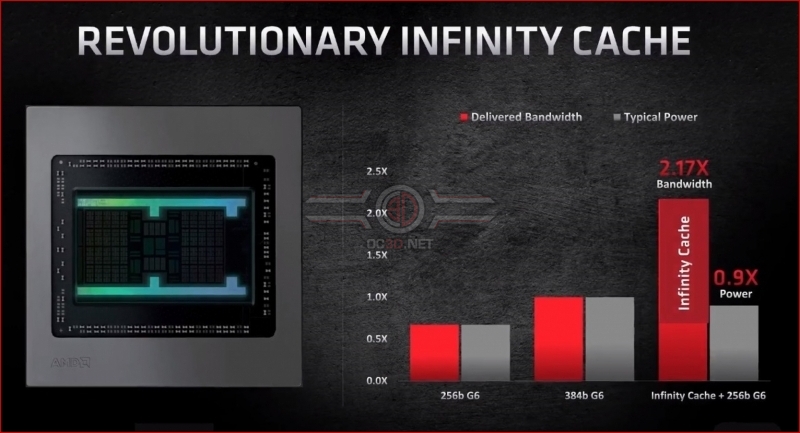 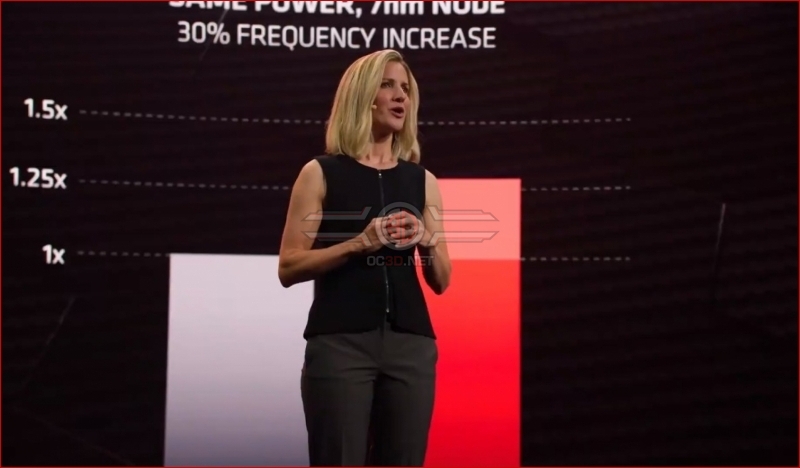 RDNA 2 used the same 7nm manufacturing node as RDNA, which means that all of AMD's performance improvements come through design changes, optimisations and GPU IPC gains.

For RDNA 2, AMD targetted a 50% increase in performance per watt over RDNA, and AMD has surpassed that target with a +54% efficiency gain. This gain extends higher for graphics cards like AMD's RX 6900 XT. 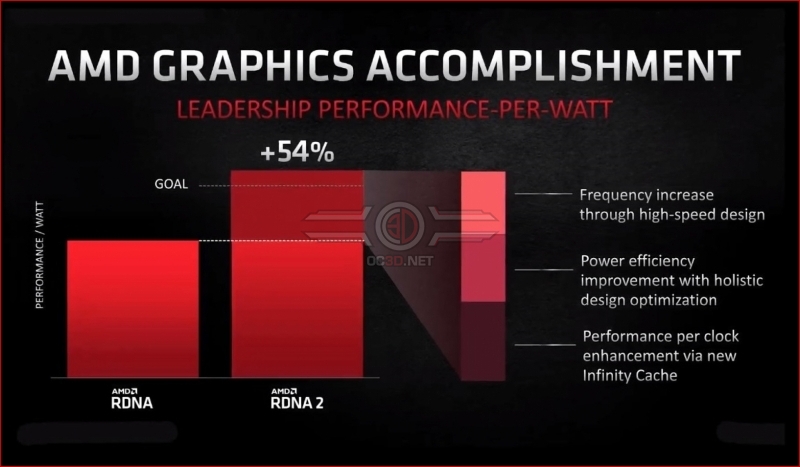 While Nvidia has its "RTX" feature set, most of these features are just brand names for features within Microsoft's DirectX 12 Ultimate Feature set. RTX IO is Microsoft's Direct Storage, RTX raytracing is DirectX Raytracing (DXR), etc etc. Nvidia may have been the first to offer some of these features, but AMD's ready to support all of them when they are starting to matter to mainstream gamers. 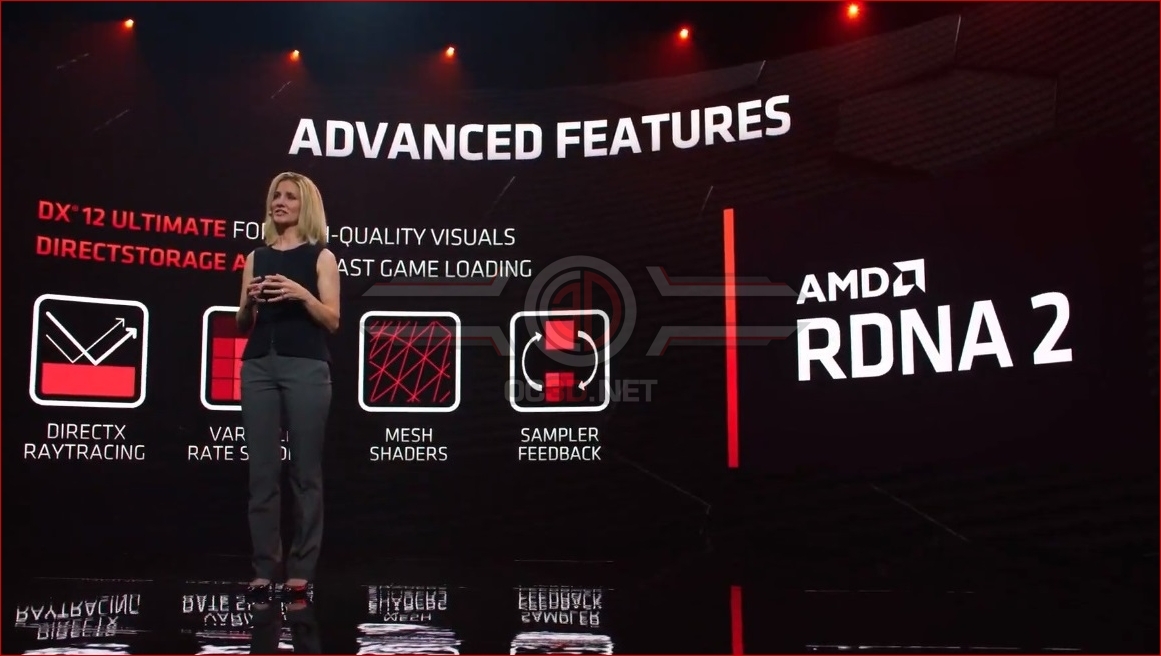 On top of this, AMD is offering users a feature called "Smart Access Memory" and "Rage Mode" to provide users with a performance boost when used with new Ryzen processors on 500-series motherboards and an automatic GPU overclock through AMD's Radeon Software drivers.

Below you can see that Rage Mode and Smart Memory Access can boost performance by up to 13%. 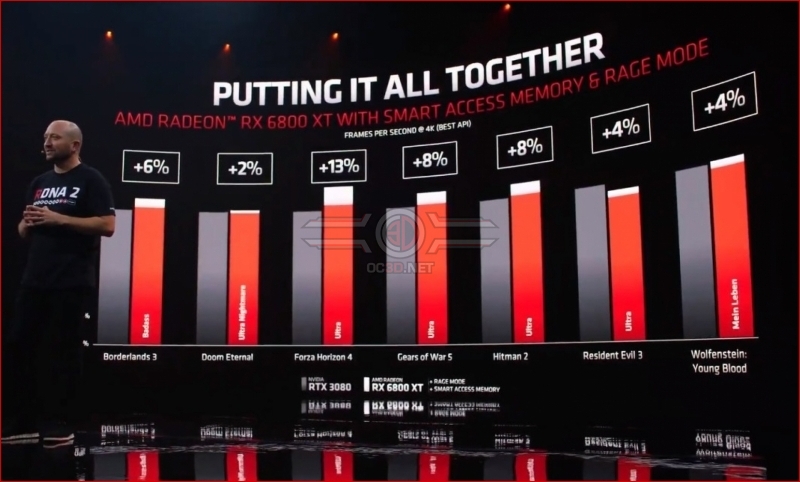 While the Radeon RX 6800 is more expensive than the RTX 3070, it offers users 2x as much VRAM and smashed Nvidia's RTX 2080 Ti (a close RTX 3070 performance competitor) within AMD's performance charts.

AMD's RX 6800 may be more expensive with an MSRP of $579; it is definitely strong enough to best Nvidia's premium RTX 3070 models. Having more VRAM and higher performance levels makes this comparison a clear win for AMD. 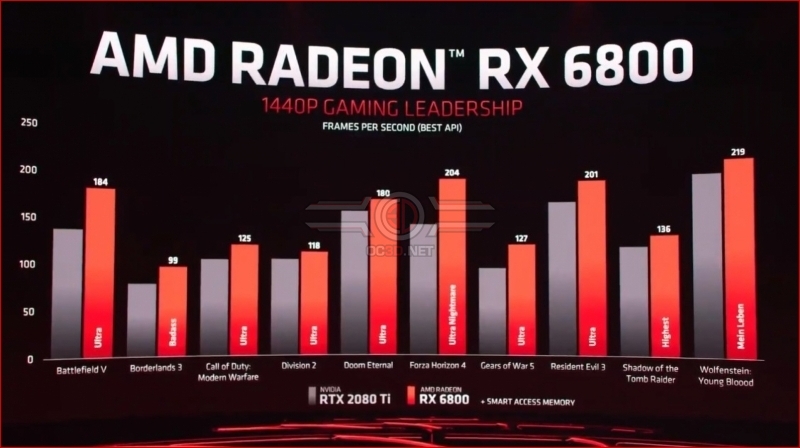 With competitive performance, plenty of VRAM and a price tag that's $500 lower, this is another clear win for AMD. That said, AMD's lack of a DLSS competitor is concerning. 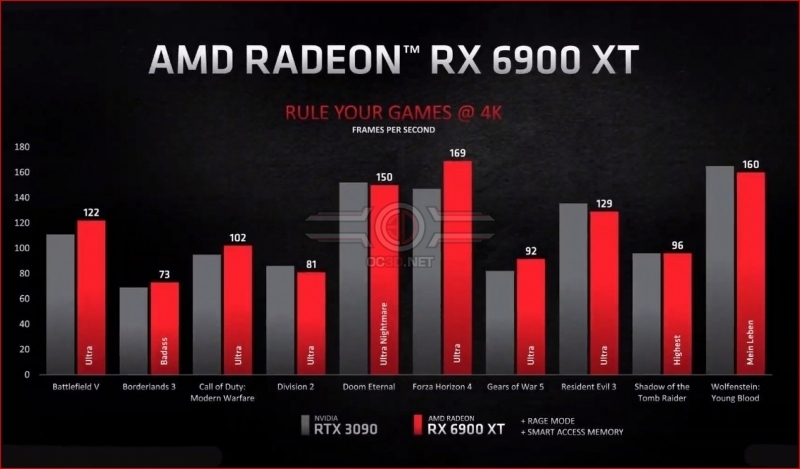 While AMD has offered gamers plenty of performance, compelling prices and tonnes of VRAM, they don't have an answer for Nvidia's DLSS 2.0 technology.

It is clear that AMD has scored some huge wins with this reveal, Nvidia maintains a key advantage over Radeon. If Nvidia invests heavily to guarantee heavy DLSS integration into more upcoming titles, AMD's performance advantage in traditional titles becomes much less relevant.

AMD has some incredible products lined up with RDNA 2, promising great pricing, better power efficiency than Nvidia and full support for the DirectX 12 Ultimate feature set. This will be an incredible launch for AMD, but AMD still needs an answer to DLSS.

You can join the discussion on AMD's Radeon RX 6000 series on the OC3D Forums.

tgrech
Quote:
Didn't they address this during the stream? Saying they had an AI supersampling system to improve performance and visual fidelity coming soon?Quote

Hmm. Not this time, AMD.

At least we know that those 2230 MHz on the PS5 are fake, certainly unattainable.Quote

Deadtroopers
Wait for the reviews. If it comes down to availability now against availability when we can be arsed, I know where my money would go. Another thing to remember is a console is not a PC and that console graphics are not PC graphics. I'm not an audiophile, £1000 headphones are wasted on me. The bang per buck isn't there. The same goes for 240Hz and 8K monitors. Umptie zillion FPS and a very high fidelity image? Most of the benefit is in your imagination, and the rest simply not worth the coin. The best is the enemy of the good enough. YMMV but while you are waving your willy, I will just point and laugh, because the joke is on you.Quote

The 3070 competition hasn't been shown yet. It will be a lower model with 12gb VRAM.

I think that is why people are getting confused and thinking the 6800 costs too much. Overclocking should hold the answers.Quote

Bartacus
If they're available, I'm nabbing one for sure. Eagerly awaiting word from Watercool on the Heatkillers for these things now!!Quote
Reply