Here are the GPU's leaked specs and review dates

RDNA 2's coming to the mid-range GPU market next month

It looks like AMD's planning to launch its RX 6600 (non-XT) graphics card in mid-October, bringing the company's RDNA 2 graphics architecture to the mid-range GPU market.

Videocardz has reported that AMD's AIB partners can start shipping samples of their RX 6600 XT models from September 29th, with reviews going live on October 13th. Typically, new graphics cards are released to retailers within a few days of reviews going live, suggesting that AMD's RX 6600 could be available as early as October 15th.

With leaks suggesting that AMD's RX 6600 (non-XT) has 28 compute units, it looks like AMD's newest graphics card will target the 1080p gaming market and feature 8GB of video memory and 32MB of Infinity Cache. AMD's Radeon RX 6600 should feature four fewer CUs than an RX 6600 XT, representing a decrease in shader processing unit count of 12.5% with no reduction in memory bandwidth.

Right now, we can only guess at the RX 6600's retail pricing. AMD's RX 6600 XT was available for as little as £329.99 at launch, so we expect AMD's RX 6600 graphics card to have a lower retail price. That said, GPUs at MSRP pricing is like gold dust in today's market. They don't stay on store shelves for long, and most models will be available at premium prices.

We expect AMD to launch their RX 6600 graphics card with an MSRP of around £250. This is a simple guess on our part, and we fully expect premium RX 6600 models to be released with prices over £300. 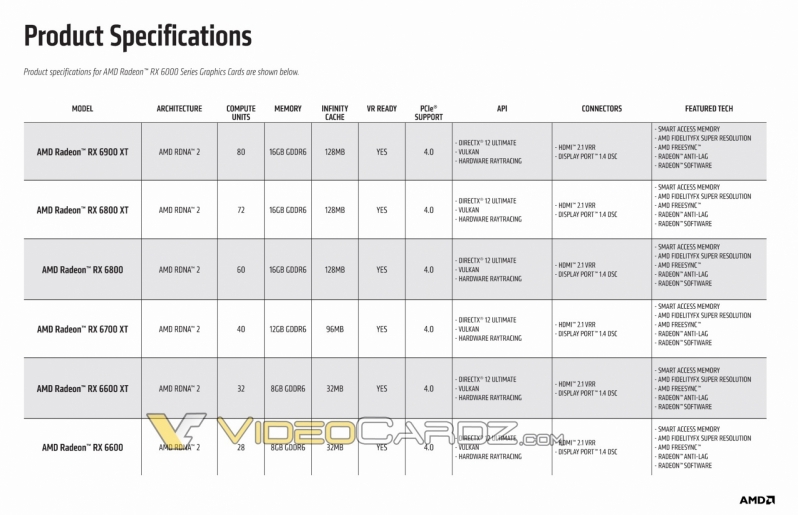 You can join the discussion on AMD's rumoured Radeon RX 6600 GPU launch on the OC3D Forums.