AMD's Radeon Software 18.1 driver will release at a later date

AMD has officially released their first RX Vega ready GPU driver, which comes with official support for AMD's RX Vega 56 and 64 GPUs. Sadly this driver does not support AMD's other graphics product at this time, though this is expected to be addressed at a later date on AMD's next Radeon Software package.
Please note that this is not a day-0 driver for Agents of Mayhem, which likely means that AMD will not have a game specific driver for this title on launch day. 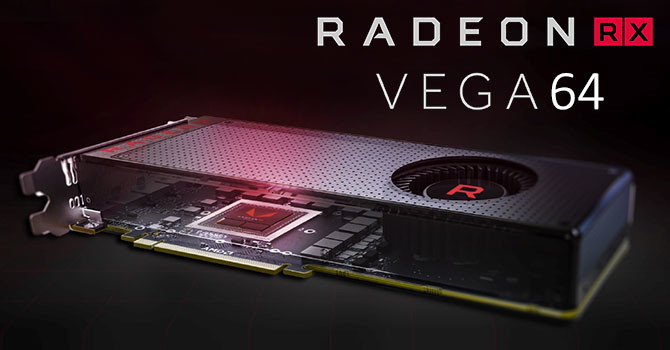 You can join the discussion on AMD's Radeon Software Vega drivers on the OC3D Forums.

NeverBackDown
After all this time they only have a beta driver? Really?Quote

Dicehunter
But but but AMD were working since like forever on the driver side....or so the fanboys kept crying.Quote

I saw a couple of benchmarks today where the 64 actually beat the 1080Ti. One was WOW, IIRC. So there may be life in it yet.Quote

Dicehunter
Quote:
That will be down GPU utilisation, My 1080 Ti sits at around 36% most of the time in WoW.Quote

AlienALX
Quote:
Well just so that you understand this dude. If Vega can spank the 1080Ti in deep learning and mining it could do the exact same in gaming, if it were used properly. But it isn't, and by the time it is it will be too late.

If you go back to the GTX 480 vs the 5870 right? on paper the 480 utterly destroyed the 5870. However, the 5870 was a much smaller die and thus could run much faster. And it worked in gaming. There was hardly any difference. However, you try and fold with a 5000 series and you would be left in tears. The 480 kicked so much ass it even spanked the 5970 by a considerable margin.

Vega and Fermi are one of the same tbh. Very big, very high powered, suck when not utilised.

AMD seem to think if they come up with these odd ideas that they will be supported. But it doesn't work like that. Devs always take the easy path. FX 83x0? fantastic when supported. Easily swatted aside the I5 K. Yet they weren't supported so they sucked. Well, unless you were streaming, Xsplit or VMs. Then they were good.

I am sure over time Vega 64 will get better and better. It's just very sad that that time is not now. We don't need Vega to be good in two years.Quote
Reply