This driver will address system hang issues in Stellaris, display corruption in Call of Duty: World War II, flickering problems in Sea of Thieves when using a multi-GPU setup and an issue that can impact Radeon ReLive Instant Replays.

Sadly this driver does not seem to support AMD's Raven Ridge Ryzen 5 2400G and Ryzen 3 2200G APUs, which have not received a Radeon Software update since their launch in February. 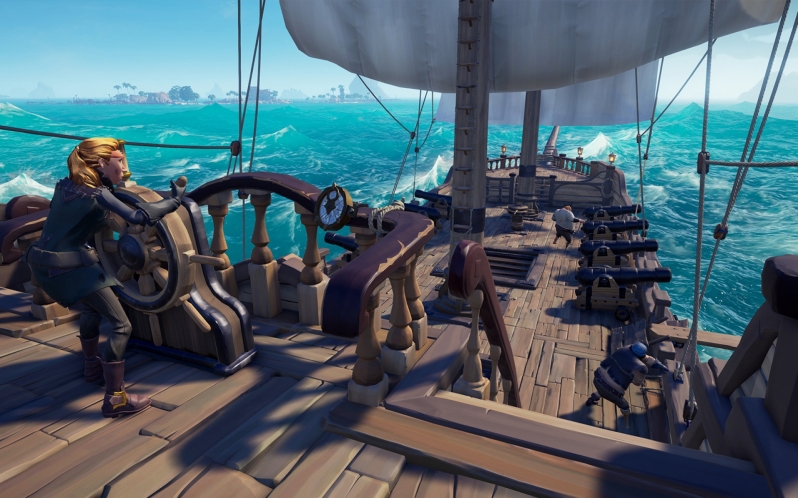 - Water textures may not render or may appear to be missing in World of Final Fantasy.
- Stellaris may experience an application hang on loading screens.
- Call of Duty: World War II may experience corruption during gameplay on some Radeon RX 400 series graphics products.
- The Radeon ReLive Instant Replay feature may fail to record in some gaming applications unless desktop recording is enabled.
- Sea of Thieves may experience flickering in some game menus on multi GPU enabled system configurations.

- Rise of the Tomb Raider may experience an application hang when launched using DirectX®12 API.
- World of Tanks™ may experience minor corruption on ground textures.
- Eyefinity settings may not retain after Radeon Software update.
- Radeon Overlay may not show all available features when some games are run in borderless fullscreen mode.
- The Witcher™ 3: Wild Hunt may experience stuttering during gameplay.
- Destiny™2 may experience increasing load time durations when the game is run for extended periods of time.
- Some DirectX®9 games or applications may experience a hang or system instability when being run on multi GPU system configurations utilizing four GPUs.
- Netflix™ playback through a web browser may experience corruption or hangs when using multi GPU enabled system configurations with Radeon RX 400 series or Radeon RX 500 series graphics products.


You can join the discussion on AMD's Radeon Software Adrenalin 18.4.1 driver on the OC3D Forums.