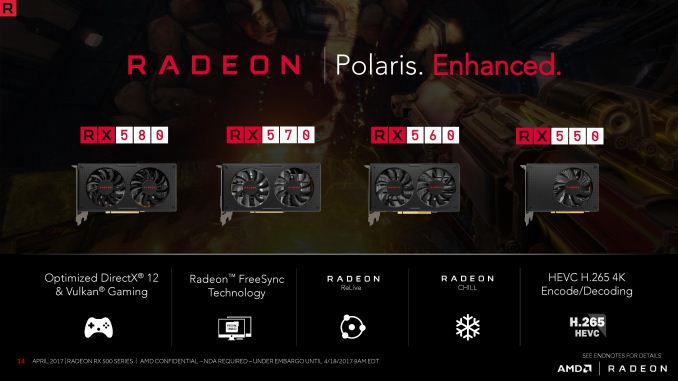 - Radeon WattMan may fail to apply settings on some Radeon R9 390 series graphics products.
- Radeon Settings may crash on switching Windows® user after toggling AMD CrossFire™ technology mode.
- A small amount of apps may still experience issues with Borderless Fullscreen mode and AMD FreeSync™ technology if other applications or game launchers are running on the primary screen in the background.
- Counter-Strike™: Global Offensive and World of Warcraft™ may experience flickering or performance issues the first time the game is launched on a system boot with AMD FreeSync™ technology enabled. Workarounds include exiting and restarting the application or task switching (alt+tab) in and out of the game to fix the issue.

BigDaddyKong
I am hoping maybe Computex might give us a time frame.Quote