How powerful is AMD's Radeon VII?

Like every gaming launch, there is no shortage of PC enthusiasts who want to know how well these new graphics cards perform, and today we have some data to share with you regarding this, thanks to Radeon VII benchmark scores which have recently appeared on the 3DMARK database.

TUM_APISAK also provided a 3DMARK Time Spy Graphics Score of 8700 (rounded to nearest hundred), but hasn't provided a link to the result on 3DMARK.

With these results in mind, AMD appears to be targetting the performance levels of Nvidia's Geforce RTX 2080 graphics card with their upcoming Radeon VII. This is where Radeon's performance should be given the Radeon VII's $699 price tag, though it remains to be seen how AMD's latest graphics card will compare to the RTX 2080 when tested over a wide range of games and screen resolutions. 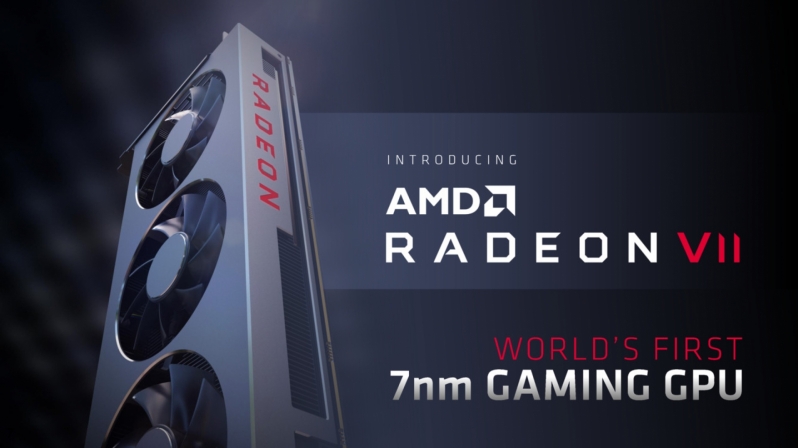 Dicehunter
I managed 30,000 with an air cooled overclocked 1080 Ti for the Graphics score in Firestrike in March 2017, If over 30,000 with an overclock isn't possible with this card then I think AMD need to severely step it up when it comes to Navi high end.Quote

AlienALX
Quote:
I wouldn't be too worried about that dude. 3DMark hates AMD CPUs and GPUs. Plus that is DX11, which could well be old hat soon.

I wouldn't even worry too much about Timespy scores either. I would be more interested in how it does in BF1 DX12, BFV DX12 and SOTTR in DX12.

Because that, inevitably, is what matters and right now in some DX12 games Vega is touching on 1080tis bottom and easily trumping the 1080. And by law of everything, Radeon VII must be faster.

AlienALX
Quote:
Indeed. Like I say, pure DX12 performance that is where it should be. I don't count RE2, as I have a distinct feeling it was well underway before DX12 became a thing and they added it in later (like Rise OTTR, that was worse in DX12 too).

But yeah, crucially Nvidia hardware did not have the kitchen sink needed for DX12 but it didn't really matter until a couple of months ago when we started seeing real, ground up coded DX12 games.Quote