A new graphics card from the red team? Something to sit above AMD's RX 580 in the mid-range of the GPU market, delivering end users increased performance levels while providing end-users with a lot of value for money.  Well, that's at least how the rumours go.

TUM_APISAK has uncovered a new graphics card on the 3DMARK database, showcasing a graphics card that is listed as a Radeon RX 590, featuring clock speeds of 1525MHz and performance that exceeds AMD's RX 580 by around 10%.

If the specifications shown below are accurate, it appears as of this new graphics card uses the same GDDR5-based memory configuration as the RX 580, offering 8GB of VRAM and speeds of 2,000MHz, which is also the same as the RX 580.

Rumour has it that this graphics card is AMD's 12nm Polaris refresh, a product that is designed to enhance the efficiency of AMD's Polaris architecture while delivering enhanced performance levels. While this won't be a Polaris-to-Turing like innovation, it will be enough to generate a little more competitiveness into the mid-range graphics card market. 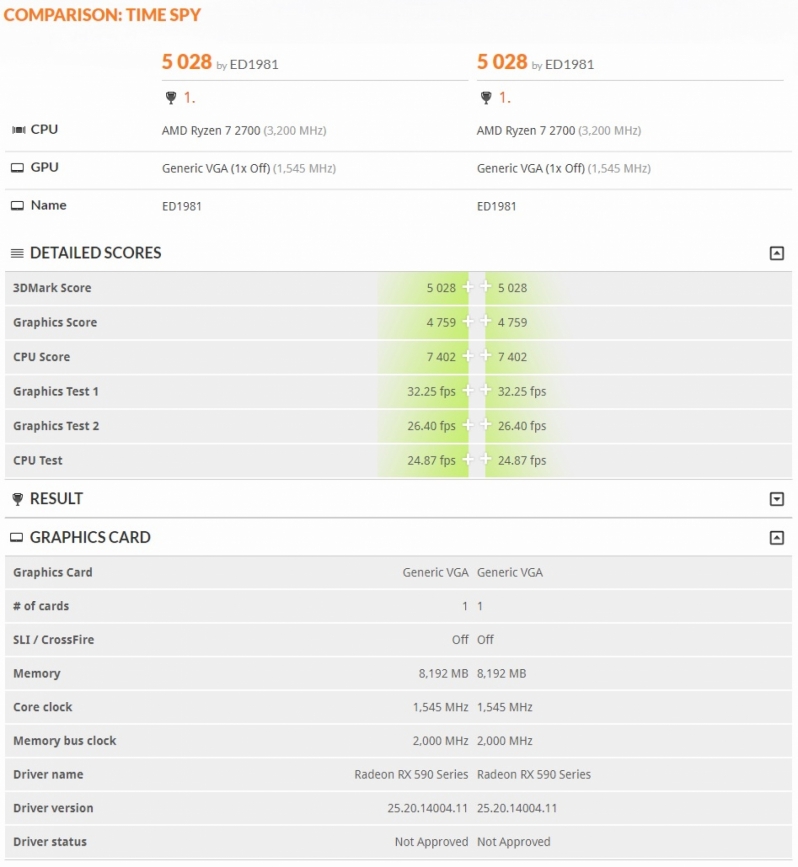 You can join the discussion on AMD's rumoured Radeon RX 590 graphics card on the OC3D Forums.

looz
Finally some good competition against the GTX 980!Quote

NeverBackDown
Quote:
I know it's sarcasm but the 580 did pretty good against a 1060 so I would expect nothing to change with a small clock increaseQuote

NeverBackDown
Quote:
Uh what? Not at all my friend.Quote
Reply