If the price is right, this GPU will be a huge win for AMD

Sadly, AMD's RX 5500 has no release date, at least within the desktop market. ASRock, ASUS, Gigabyte, MSI, PowerColor, Sapphire and XFX have all revealed plans to create Radeon RX 5500 products, but right now none of these graphics cards has been revealed. Furthermore, AMD has not released the MSRP of its RX 5500. 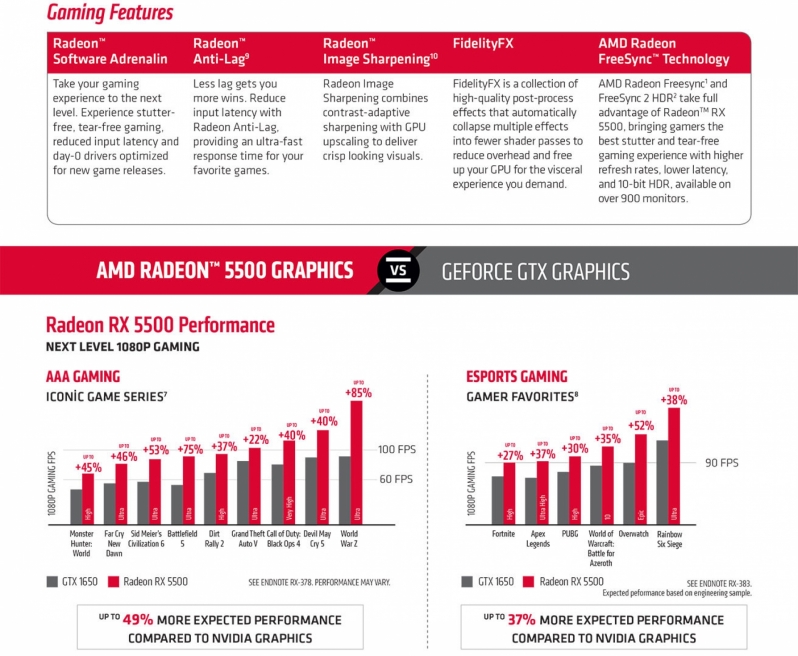 Performance-wise, AMD is targetting Nvidia's GTX 1650, promising between a 45% and a 85% performance advantage in "AAA"/"iconic game series" and a 27-38% performance boost in "esports"/"gamer favourites".

This comparison leaves us expecting a GPU price tag that's similar to Nvidia GTX 1650 graphics card, which leaves us wondering how the RX 5500 will compare to Nvidia's GTX 1650 Super. 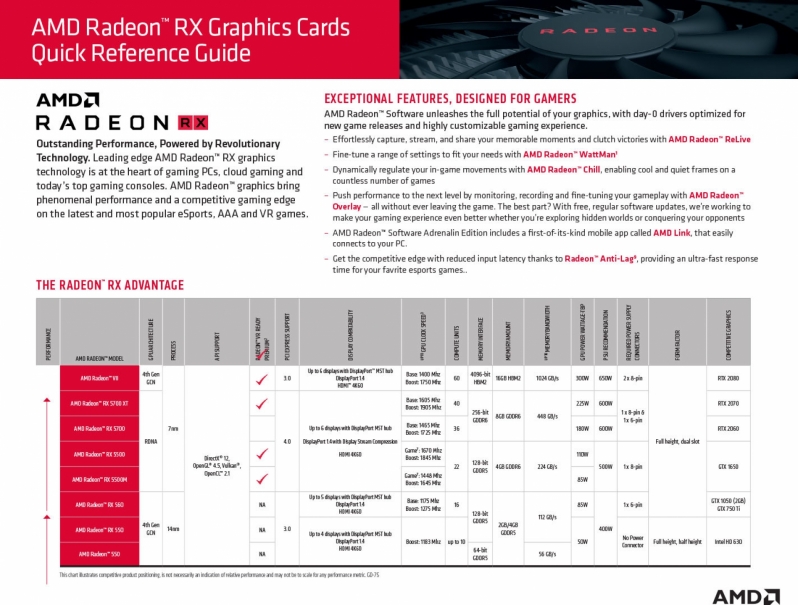 AMD advertises its RX 5500 and RX 5500M as VR-ready and with support for up to six displays when using a DisplayPort hub. These cards also support DisplayPort 1.4 with Display Stream Compression (DSC), enabling 4K 144Hz Compatability over DisplayPort 1.4. The RX 5500 will also feature a TDP of 110W. 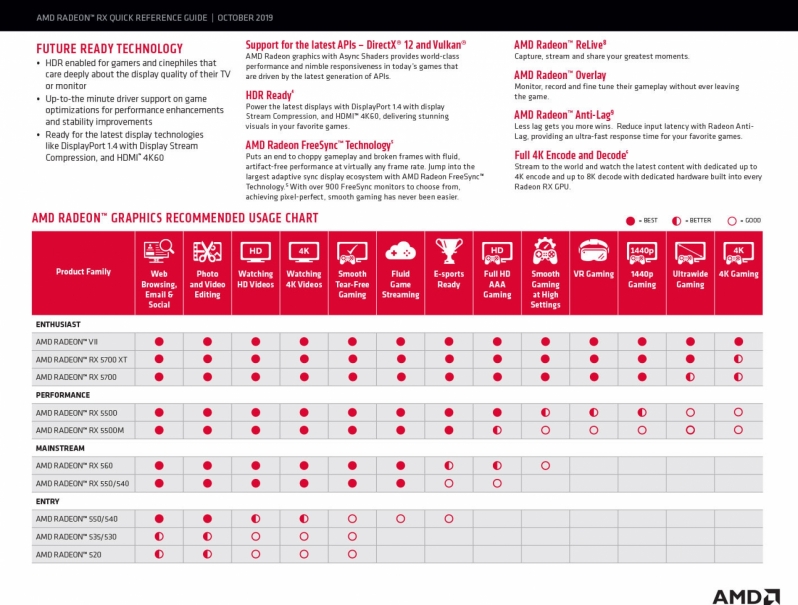 AMD's RX 5500 will feature 22 RDNA compute units and utilise at least 4GB of GDDR6 memory over a 128-bit memory bus. This allows the RX 5500 to deliver a huge performance boost over AMD's previous low-power GPUs like the RX 560, offering a 2x boost in memory bandwidth and an increase in usable compute units.

Given the TDP of AMD's RX 5500M graphics card, we can see this as a replacement for the Radeon hardware used in today's MacBooks, which would be a huge win for AMD.

Sadly, while this information is useful, the two biggest questions surrounding AMD's RX 5500 remain unknown. How much will it cost and when will it release? Hopefully, AMD will have answers to these questions soon.

You can join the discussion on AMD's RX 5500 graphics card on the OC3D Forums.

looz
~50% more oomph than the 1650 would place it head-on against the regular 1660. Has to be pretty cheap indeed.Quote

aranorde
did the chart start with "web browsing, email and social", what in the...Quote
Reply