Will Navi launch this summer?

We already know that AMD's Radeon Navi series of 7nm graphics cards will launch in 2019, but at the time of writing AMD has remained tightlipped about their next-generation graphics architecture, so much so that we don't know what to expect from the series in terms of both features and performance.

Now, AMD's Radeon Navi series of graphics cards are rumoured to release around a month after the company's Ryzen 3rd Generation processors, which are expected to launch in mid-2019. This leads us to believe that Navi will release around August, potentially around Siggraph and Gamescom 2019.

As a gaming-focused product, a Navi launch at Gamescom makes a lot of sense, though it is possible that AMD will have short tech demos for Navi before this time, perhaps giving us an early showing of the architecture at Computex or E3.

Early roadmaps for Navi reference both "scalability" and "next-gen memory". This likely references how AMD plans to scale into the high-end of the graphics market with the architecture and plan to use modern GDDR6 memory. 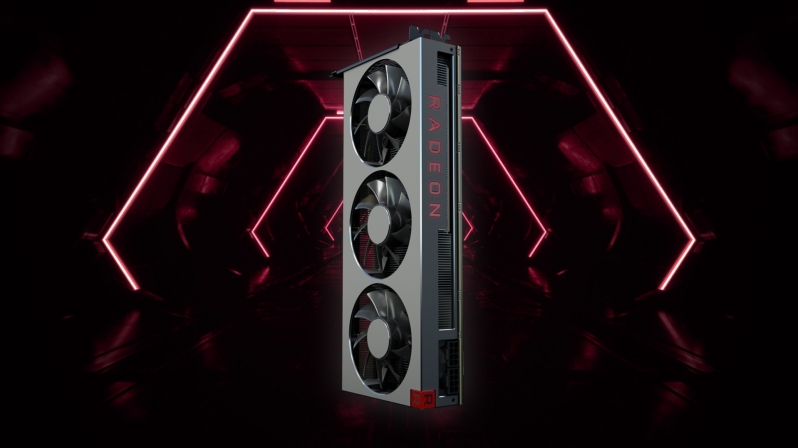 Early rumours for Navi have suggested that AMD will initially launch with replacements for AMD's longlived Polaris series of graphics cards, targetting the high-volume, low-cost section of the gaming market with plans to scale upwards from there to deliver higher-end products.

You can join the discussion on AMD's Radeon Navi Launch Windows on the OC3D Forums.

tgrech
Yeah in theory they could launch with ~40CU (~RX580 equiv) parts as the highest Navi offering which should be tiny and fairly cheap on 7nm, not much larger than a Zen2 chiplet, while offering around Vega56 levels of performance from clock speed gains alone in theory & the same memory bandwidth on a 256-bit bus with 16Gbps GDRR6. Presumably a 128-bit die with ~20CUs will come with it as with Polaris' launch for the lower end of the market around the same time(And for mobile dGPUs particularly Apples lineup including iMacs), and hopefully "Scalability" means they've broke past the 64CU practical core scaling limit of past architectures so they will have something beyond a ~60 CU model eventually, possibly keeping HBM for an ~80CU variant to top off a 4-die line up more akin to NVidia's since Kepler.Quote

ET3D
Quote:
No way. The Zen 2 chiplet is ~80 mm2. Polaris 10 is 232 mm2. Even if 7nm scales it down 2x, it will not be under 100 mm2. When considering the extra complexity of the architecture and that the physical interfaces (GDDR6) don't scale down well, it will probably be much larger than 100 mm2.


Or, from the other direction, look at Vega 20, at 331 mm2 7nm. That's 64 CU. For 40 CU, if it scaled down linearly (which it won't, because the CUs aren't the only thing on the chip), it will be 207 mm2. It's definitely not out of the question that Navi is designed to have smaller CUs and otherwise save some space, but still, under 100 mm2 seems very unlikely for a 40 CU chip.Quote

DaveLTX
Quote:
To be fair, Navi doesn't follow GCN much if at all, it's something like Super SIMD with instructions that enable the whole GPU to be capable of tensor operations. At least that's what I've seen with the patent for Navi.

And Vega 20 has DOUBLE the ROPs and double the compute hardware compared to Vega 10 so yea the scaling is non existent. And also it has double the HBM2 controllers so yes, it got far more complex.
Navi according to what's in the wild allegedly has half the compute performance of a vega 64 while almost matching it in graphical performance
which makes sense given it's headed for a console
Also, GDDR6 isn't really more complex to implement and what really killed the big vegas have been the use of HBM2.

Alas Vega 20 was also kind of smacked together as a last resort to test the 7nm node so it doesn't really reap the benefits of 7nm.Quote

tgrech
Quote:
Zen1 used a 213mm^2 die(About same size as Polaris10), Zen2 uses a ~80mm^2 chiplet, and while they've obviously taken a lot of the uncore off the chiplet entirely here they've also likely increased execution unit count inside the core, I think around 100mm^2 is certainly possible given there is a trend of breaking up the cores a little more now to ensure they keep well fed when they scale to large counts, plus CPU dies are heavily taken up with SRAM which isn't always known to be a great scaler, but either way CPUs and GPUs won't scale to the same degree with 7nm and historically GPUs have scaled quite well.
I don't think we can take Vega20 as a good indicator of 7nm scailing because besides the architecture not being particularly well optimised for the node, they doubled up the memory controller & added a lot of new AI orientated instructions & buffed up relevant units. Navi can reach Vega1 levels of theoretical memory performance while maintaining Polaris' memory controller bit width by using upto 16Gbps GDDR6 instead of the upto 8Gbps GDDR5 on Polaris.Quote

Vega VII is competing against RTX 2080. AMD has no competition against RTX 2080ti. As for the replacement of VEGA 56 (VEGA 64 is actually VEGA VII), performance will be RTX 2070.

That's my prediction. Points in favour, will be that 7nm process will be very power efficent, and probably cheaper than Nvidia counterpart.Quote
Reply