AMD's R9 390X (or whatever AMD name it) is going to be a very interesting GPU,  with 8GB of HBM memory and 4096 GCN GPU cores it should even give the Nvidia Titan X a run for it's money.

In AMD's financial conference yesterday AMD said that their use of HBM in their next generation flagship GPU allowed them to create a GPU with a smaller form factor than was previously possible as the  GPU's memory is fitted on the GPU's interposer, meaning that the memory is right beside the GPU die itself.

WccfTech have managed to find s detailed rendering of the GPU, showing that the GPU has a rather small PCB and will be cooled by an AIO watercooler. 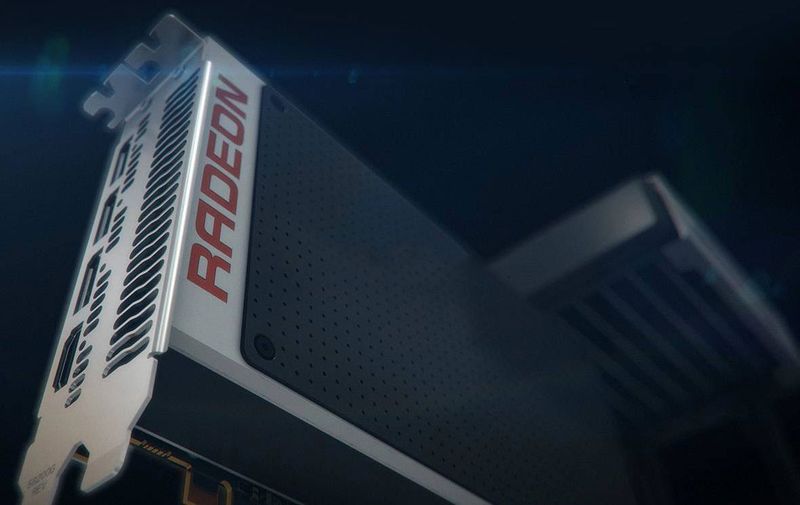 [UPDATE: We have just found a new picture from Chiphell, which is a proven fake image based on the above rendering] 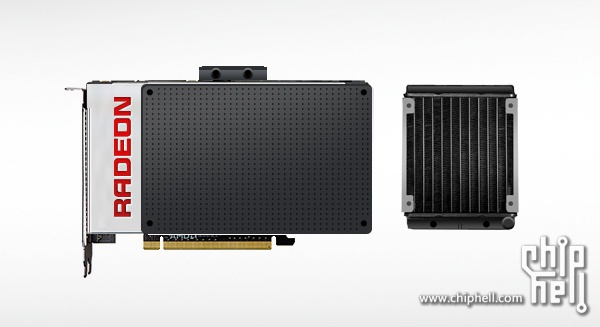 The rendering above also shows that the GPU will not have any DVI connections, but will have 3 displayport connections and a single HDMI port.

The AMD R9 390X WCE (Water Cooled Edition), an 8GB GPU with 4096 shaders and a DirectX 12 Tier 3 design and over 4x the H.264 encoding performance. This GPU should be great for 4K gaming and high quality gameplay recording. Let's hope the price is equally impressive. 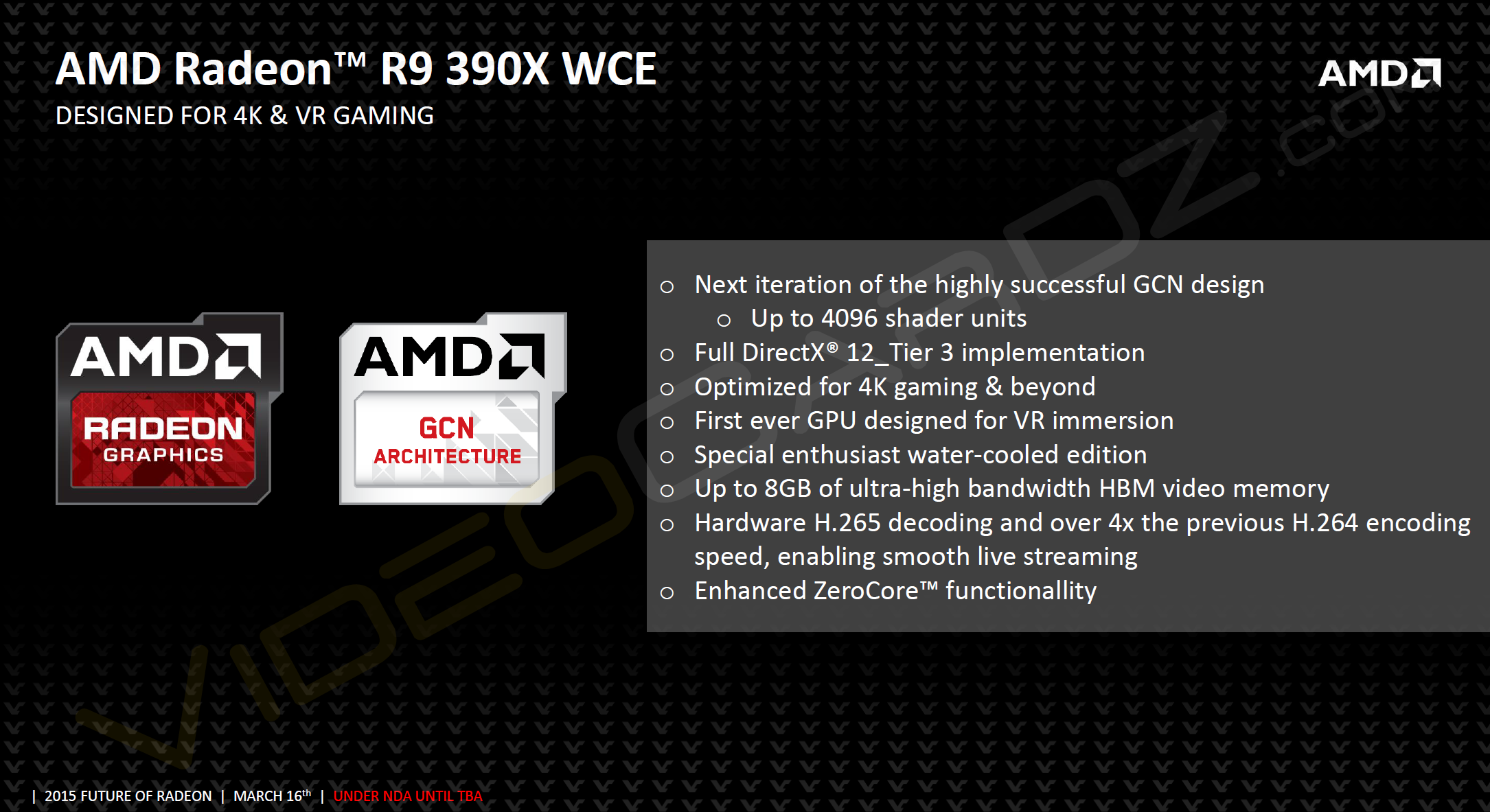 With such a beefy core count of over 4000, the next generation of GCN shaders and 8GB of ultra high speed and HBM (high bandwidth memory) this GPU should be a powerhouse for any kind of scenario, it remains to be seen however how this GPU will perform compare to an R9 290X or any of Nvidia's current or upcoming GPUs. Previous leaks did suggest that the R9 390X will have 4GB of VRAM, but this may be being upped to 8GB due to the 12GB frame buffer on Nvidia's upcoming GTX Titan X.

The improvements to AMD's encode/decoding abilities will be very helpful for any users which are looking to record gameplay or livestream gameplay to Twitch.

It remains to be seen what a full DirectX Tier 3 implementation means. It could mean that this GPU will fully supports the most recent implementation of DirectX 12, but we will not know until AMD clarifies.

The use of HBM memory gives this GPU a huge advantage in terms of memory bandwidth compared to GDDR5 as the performance is much greater, the power consumption is 2x less and the performance per watt which is 3x better. One other advantage is that the ability to stack this memory on the GPU's interposer allows GPUs to be made much smaller as less space needs to be dedicated to GDDR5 memory chips.

Right now we do not know when AMD will release their R9 390X, but AMD did say that it would be announced in the coming weeks.

You can join the discussion on the AMD R9 390X on the OC3D Forums.

The AMD R9 390X makes it's first appearance. With small PCB and a AIO water cooling solution Fiji might make a great...

Warchild
Perhaps the PCB wont be as small as we think. What we see in the render is just the WB at the moment. PCB might extend further. Either way, those specs look divine right now!Quote

Breit
If the PCB of the WCE version of the R9 390X is indeed different from the normal version, I wonder what this means for after market waterblocks...Quote

OCGameR
Hopefully AMD have actually made something that can really compete with Nvidia because if it doesn't then I don't know how AMD are going to recover. But I do have high hopes for this card because those specs seem awesome, but the fact that it ships with a AIO makes me think the power requirements of this card are high and I just hope it's not as high as the R9 290x.Quote

AverageNinja
You just made waiting at the hair dresser enjoyable, cheers!
Those specs are epic, can't wait for the first confirmed benchmarks to appearQuote

spiritwolf
I think it's impossible for AMD to add 8GB of HBM on a single core card.
I read a lot of rumors that they were gonna do that but, I read this article: (it's in Dutch, sorry)
http://be.hardware.info/nieuws/42958/hbm-technologie-amd-beperkt-tot-4-gb-per-gpu
In the article they say because of the interposer the max amount of memory dies is limited to 4.
And I read before that the max size of the first HBM dies is 1GB also went to SK hynix site and their Q2 2015 Graphics Memory databook says that on the moment they only sell 1 GB dies.

the SK hynix page were i got the data book:
https://www.skhynix.com/products/support/databook.jsp

Personal I hope that I am wrong I love too see such GPU.

please forgive if I made spelling mistakes or bad phrases.Quote
Reply