July 7th is going to be a big day for AMD fans, with both CPU and GPU launches coinciding to bring Ryzen 3rd Generation processors and Navi-based graphics to the masses on the same day. 7/7 will be a day that's dedicated to AMD's 7nm product offerings, with Radeon's RX 5700 series aiming for performance leadership within the sub $500 graphics market.

AMD has announced two new graphics cards, the RX 5700 XT and the RX 5700, both of which utilise AMD's new Navi graphics core which offers increased GPU IPC, to deliver up to 25% more performance per clock, and higher clock speed to deliver compelling performance levels at an affordable price. 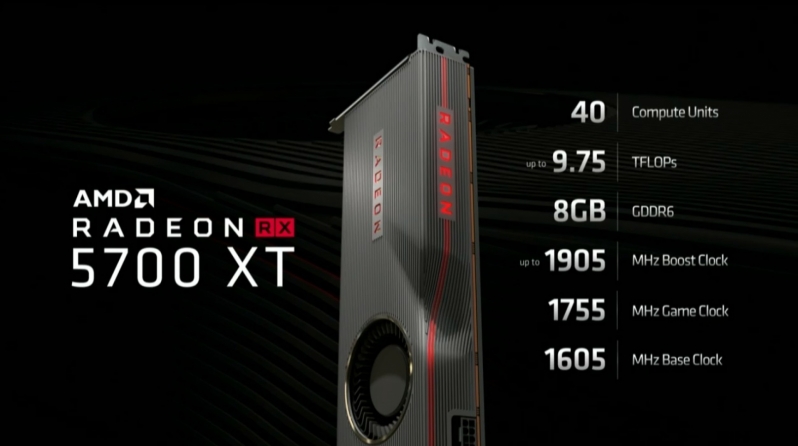 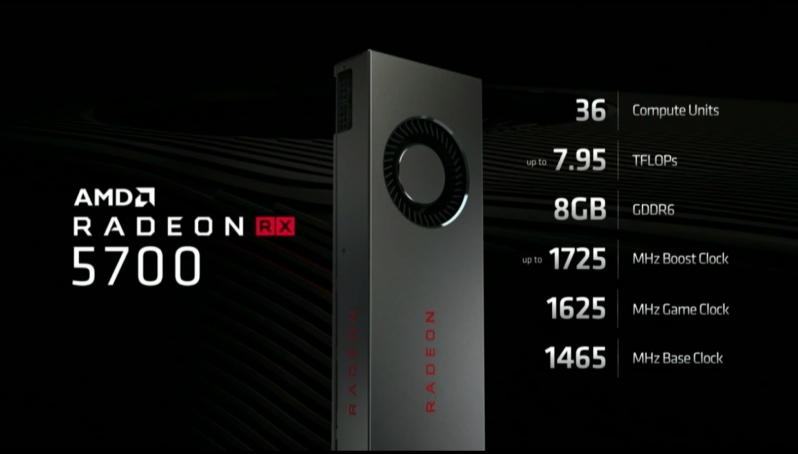 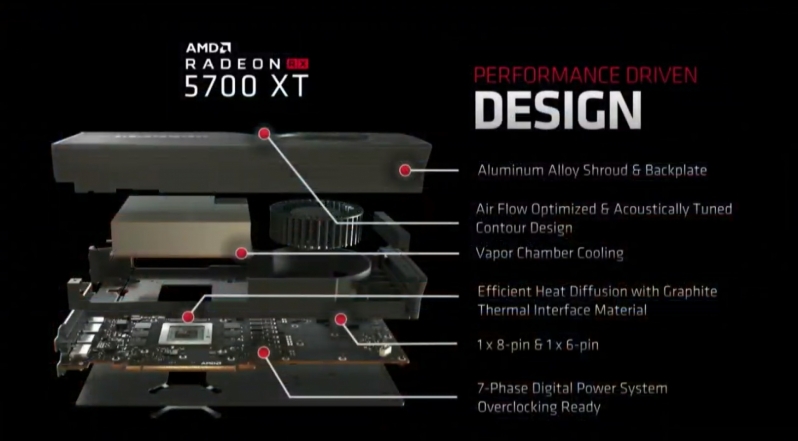 Navi is said to offer a 1.5x increase in performance per watt over AMD's last-generation product offerings, which means that Navi should be cool running when compared to Vega. Hopefully, this means that AMD's reference cooler will keep Navi cool and quiet under load.

KingNosser
I think it depends on how the price converts in the UK but I do feel that the prices on the GPU's need to be lower i may be wrong, it feels like I need to wait longer for a real game changer it's too closely price wise to nvidia and if I'm honest they didn't sway me on what I get for the cost. Vega cards seem like a viable option but I think I will just wait for the next batch.Quote

Linchpin
And the crowd goes mild.

About what I expected to be honest, they're years away from being able to really bother Nvidia.Quote

looz
Good to have competition in that bracket but in typical Radeon fashion, too little too late and Nvidia will just slash prices to match. And a blower fan, rendering these unusable until AIB models arrive.Quote