AMD has released over 200 Linux patches today to add support for a new GPU called "Sienna Cichlid", a product which many suspect to be an RDNA 2 powered graphics card.

Phoronix speculates that the timing of these patches are ideal for the release of new graphics cards later this year, within the same timeframe and AMD's already planned RDNA 2 launch window.

Sienna Cichlid is a GPU from AMD. This patch set adds support for it including power management, display, kfd, interrupts, gfx, multi-media, etc. The new register headers are really big so I haven't sent them to the list. You can view the new patches including the register headers on the following git branch: 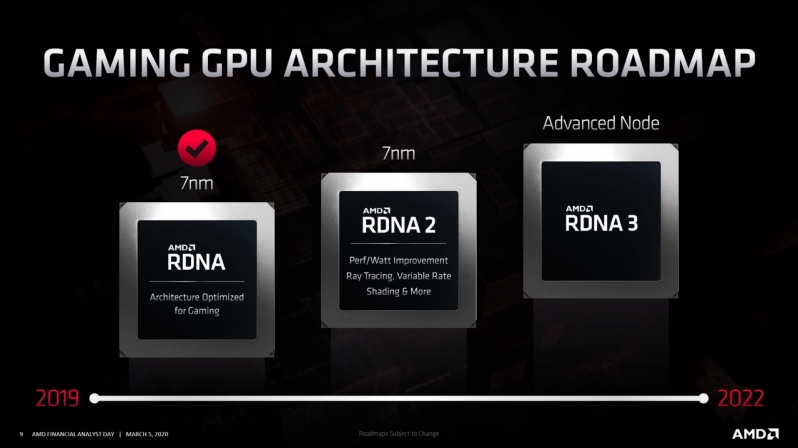 With RDNA 2 featuring a huge 50% boost in performance/watt over RDNA, it makes sense for changes to the architecture's "power management" makes a lot of sense. RDNA 2 is expected to represent a major leap for Radeon, adding performance/watt enhancements, variable-rate shading, hardware-accelerated attracting, Mesh Shaders support and more.

You can join the discussion on AMD's "Sienna Cichlid" graphics card on the OC3D Forums.

jcchg
I want to believe that RDNA2 won't be overpriced as sh*t.Quote

AngryGoldfish
Quote:
I do too. I think it'll be reasonable. A few reasons I'm taking comfort in:

Turing set a precedent that seemingly hasn't paid off quite as well as Nvidia had hoped. I could be wrong, but I don't think Nvidia will repeat those prices next generation.

The consoles have RDNA2 and so at least some of the cards PC gamers will get will be affordable, because they have to be if they are to fit in a console.

AMD have tried competing in the very top-end of price sectors with Fury X, Vega 64, and Radeon VII and failed miserably. Those cards were unquestionable failures for the majority of our use cases.

Nvidia are waiting for AMD to act first, suggesting that they are a little more concerned than they would have been in the past.

AMD have priority access to 7nm supply, and it's a mature process. If the 'big one' comes in at 505mm² as rumoured, that's far smaller than what Nvidia are supposed to be making, so yields should not be poor as a GPU the size of a 2080Ti.

RDNA2 was designed to work with HBM and GDDR6, while Fiji, Vega, and Radeon VII could only work with expensive HBM. This means we could get a consumer-grade high-end gaming GPU from AMD that'll compete with a 3070/3080 at a price that's accessible to gamers, which the Radeon VII wasn't.

AMD are in a prime position to take the gaming market by storm. If they price their cards outside of accessibility, they could ruin their running streak.Quote
Reply