And now for something that we didn't expect, bespoke in-home streaming support for Radeon graphics hardware, facilitating streams to both mobile devices (phones/tablets) and standalone VR headsets like the Oculus Go, HTC Vive Focus, Google Daydream and Samsung GearVR.

Phone/Tablet streaming support is available through the Radeon Link app on Android and iOS, supporting resolutions and framerates of up to 4K 60FPS with low latencies through hardware acceleration. From a click of a button, PC gamers can seamlessly move to their handheld hardware, wich support for both on-screen and Bluetooth controllers.

AMD's software will automatically adjust the quality of the stream based on network speeds, making the tool extremely user-friendly. Games can also be launched directly from the AMD Link app, assuming your gaming PC is already turned on and ready to stream. 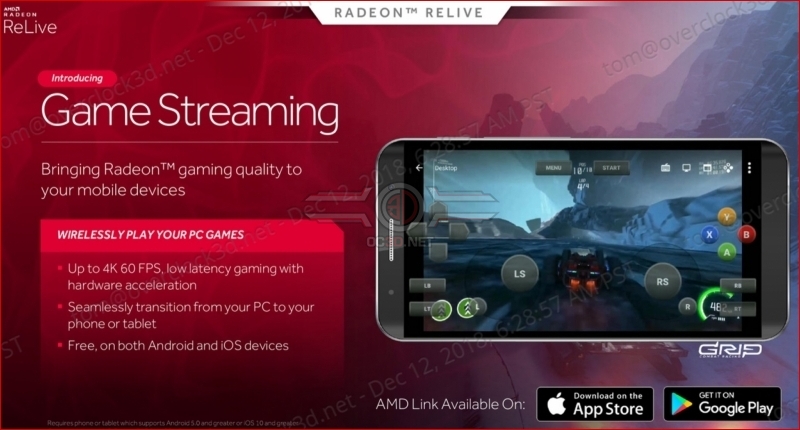 When compared to Steam's Link software, AMD says that their AMD Link software can offer up to a 44% reduction in lag when using the same smart device, making games a lot more playable while streaming. This is thanks to AMD's closer to the metal approach to AMD Link, as Valve has to operate in a GPU agnostic way to offer software compatibility over a wider range of hardware.

AMD's streaming solution can also be used outside of gaming applications, allowing Radeon users to stream their desktop onto their mobile devices, allowing productivity applications to be used on the go. Hopefully, this functionality will be added to enable Desktop-desktop streaming in the future, as this could be useful for accessing APU-based home servers or other Radeon-based systems. 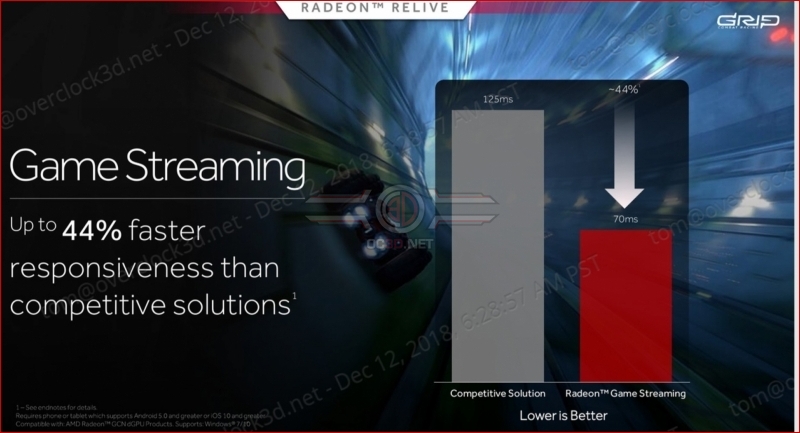 AMD claims that their "low-level hardware acceleration" allows streaming latencies to be low enough to grant users seamless immersion. Sadly we do not have a standalone VR headset to test this functionality. 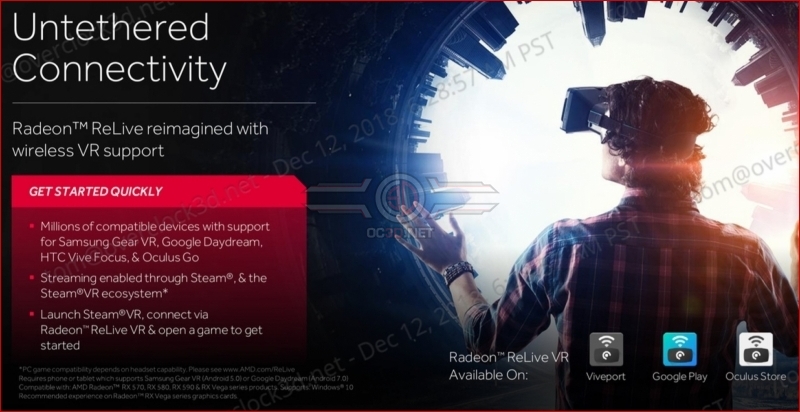