AMD's Radeon ReLive tool has been the highlight of many Radeon Software releases over the years, with Radeon Software Crimson ReLive Edition acting as the official name of the software stack until the release of Adrenalin in late 2017.

When it comes to Adrenalin 2019 Edition it is hard to know where to start when it comes to Radeon ReLive, from enhanced streaming capabilities, increased functionality through Radeon's Link smartphone app and the tool's support for more streaming services than ever before.

With this release support for Restream.io, Streamable and gfycat have been added, as well as the ability to view and crop videos and screenshots on a linked mobile device. 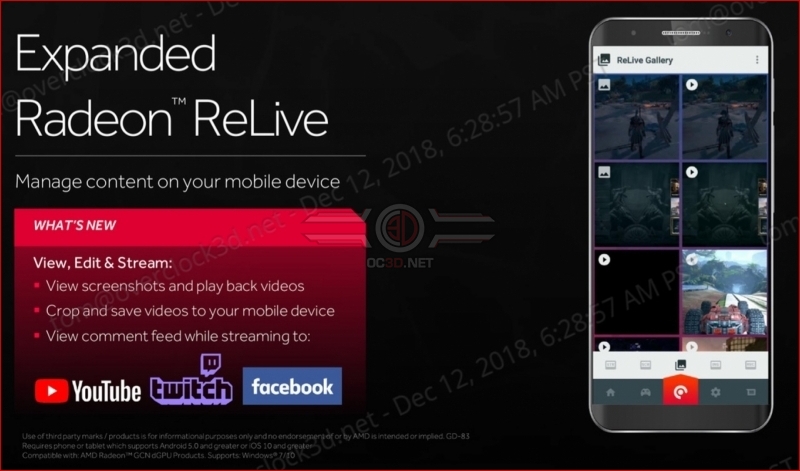 Another interesting addition is the ability to "Relive and replay your gaming moments" by using Radeon's new "In-Game Replay" tool, which can be used to replay your last 5-30 seconds, a tool that can be configured using hotkeys. Need to your winning goal in Rocket League again, or your chicken dinner in PUBG? Radeon Replays may be the feature you're looking for.

Another neat addition to Radeon ReLive is the ability to create GIFs directly, allowing Radeon users to create 5-30 second GIFs with support for automatic gfycat uploads. No need to record video and generate a GIF later. 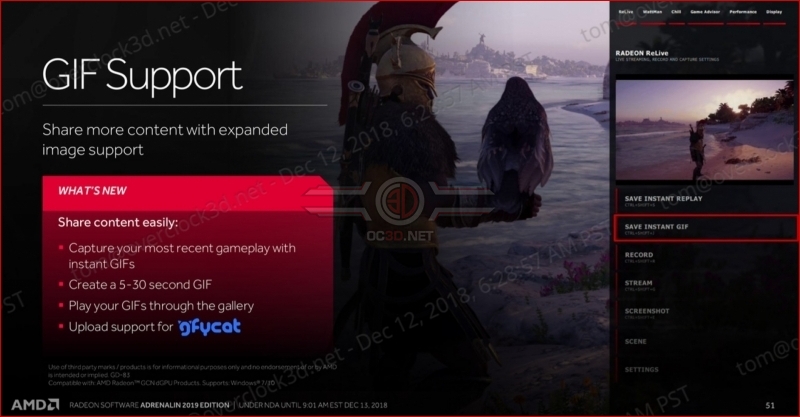