AMD has released their first GPU driver of 2019, offering PC gamers with Radeon graphics cards a range of new bug fixes alongside improved performance within Fortnite.

This driver will support AMD's desktop graphics cards as well as their Ryzen/Athlon processors with Radeon Vega graphics technology, supporting both Windows 10 and 7 64-bit operating systems. AMD does not support Windows 8 or 8.1 anymore.

In Fortnite, Season 7, this driver will deliver up to a 4% performance boost at 1080p with an RX 580 graphics card and up to a 3% boost with AMD's RX Vega 64 graphics card at the same resolution. 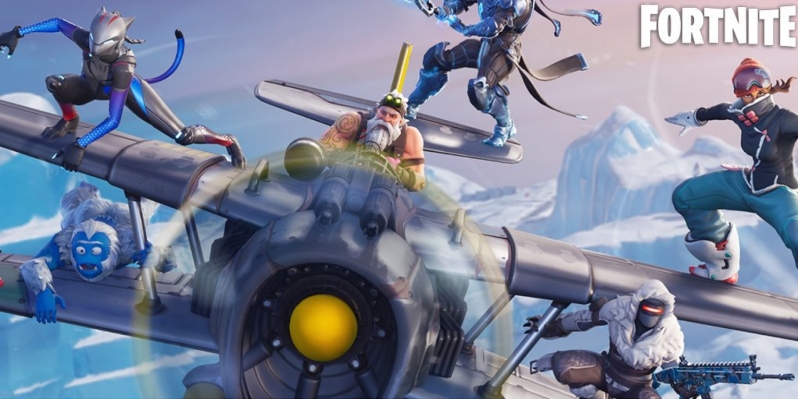 - Virtual Super Resolution may not show up as available on some 1440p Ultra-Wide Displays.
- Some Radeon RX Series graphics products may experience system lag when Alt+Tab is used during gameplay.
- Radeon Settings Advisor may incorrectly suggest older versions of Radeon Software as an update.
- Radeon Settings software update notifications may appear more often than expected.
- Application profile settings for Radeon WattMan may not reset to default correctly when using the reset button.
- Radeon Settings may experience a crash when clicking the restart button after a driver installation or while switching between some Radeon WattMan tabs when changing fan settings.
- Zero RPM control may fail to enable correctly when toggled on/off in Radeon Settings.
- Radeon ReLive gallery upload queue may sometimes fail to upload videos.
- Radeon Settings may sometimes incorrectly display the previously installed Radeon Software version after upgrade.
- Custom color profile options may fail to retain in game on clone or Eyefinity display setups.
- Performance metrics overlay feature may scale incorrectly when changing resolution in game.
- Screen tearing may be observed with Enhanced Sync enabled on Vulkan API games.
- Some systems running multiple displays may experience mouse lag when at least one display is enabled but powered off.
- Upgrade Advisor may intermittently fail to detect games and provide compatibility recommendations.

- Battlefield™ V players may experience character outlines stuck on screen after being revived.
- Uninstalling Radeon Software may fail to remove Radeon Settings.
- Pixel Format settings may not retain after system restart.
- HDMI Underscan settings may not retain after system restart.
- Radeon Overlay’s new in overlay video player may experience smoothness issues while adjusting the playback slider.
- Scene Editor may have issues with scrolling when many elements are added to a scene.
- Custom settings in Radeon WattMan may sometimes fail to apply on Radeon RX Vega series graphics products.