AMD has a new RDNA graphics card on the market, offering Apple's MacBook pro users a significant performance boost in both gaming and workstation workloads.

The reasoning behind the creation of AMD's Radeon pro 5600M graphics card is clear. Apple wanted a graphics card which offered its users plenty of performance while consuming as little power as possible. To do this, Apple is using a Radeon chip with 40 compute units, relatively low clock speeds which peak at 1035MHz and low-power HBM2 memory modules. AMD's use of HBM2 memory also drastically decreases the physical size of the graphics processor, another factor which is beneficial for Apple's MacBook Pro.

This GPU release comes one week before WWDC 2020, where Apple is expected to reveal a new range of hardware. Rumour has it that Apple plans to bring ARM-based processors into the MacBook market, staring the range's move from x86 processors. 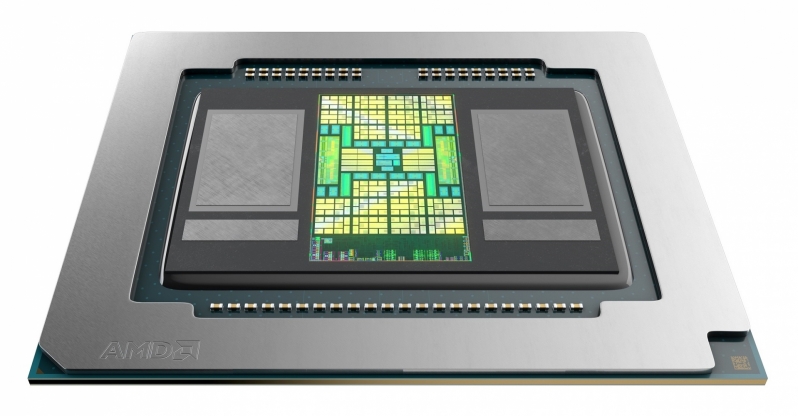 You can join the discussion on AMD's new Radeon pro 5600M graphics card on the OC3D Forums.

Avet
This could be very good for Apple users. Macs are seriously behind PCs considering GPU horsepower.Quote

Essentially a hbm2 5700xt, but with only half the clock speed. They've really gone to some lengths to make a very efficient mobile GPU here.Quote
Reply