Get a free game and three months of Xbox Game Pass

Today, AMD has announced the introduction of a new Radeon game bundle, offering PC gamers access to one of two free games and up to three months of Xbox Game Pass with selected Radeon graphics cards.

Now to AMD's bundle offerings are free copies of either Borderlands 3 or Ghost Recon Breakpoint, which will be available with purchases of new Radeon RX 5700XT, RX 5700, RX 590, RX 580 and RX 570 graphics cards alongside three months of Xbox Game Pass for PC access. Sadly, purchasers of new Radeon VII, RX Vega series and RX 560 graphics cards will only receive access to 3 months of Xbox Game Pass for PC.

With Xbox Game Pass, PC gamers will receive access to over 100 PC games through Microsoft's Xbox app on Windows 10. This will grant PC gamers full access to recent releases like Gears 5 alongside a wide range of other popular PC releases. 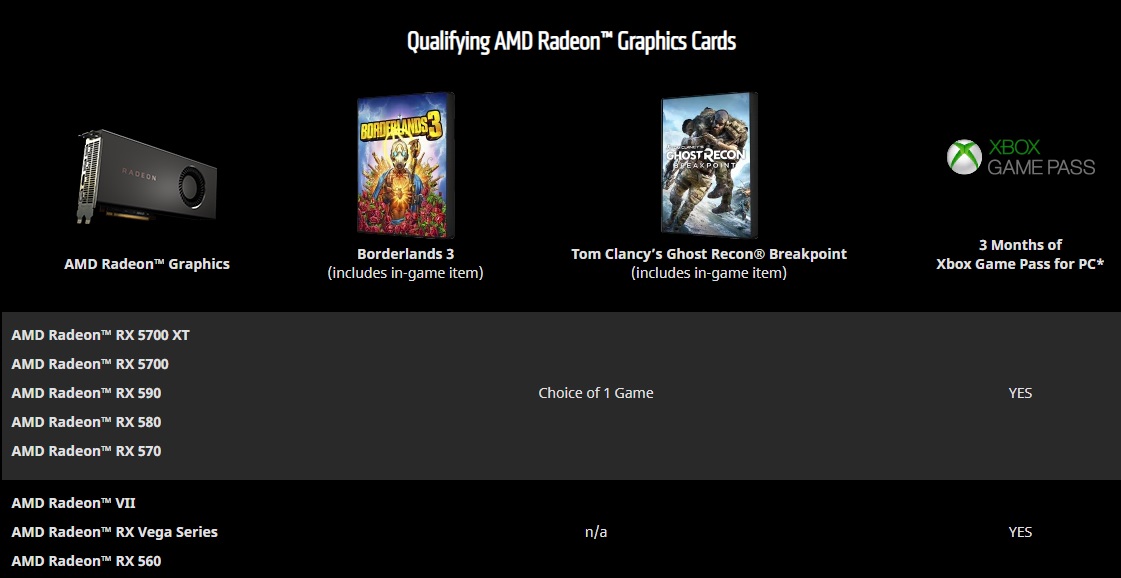 You can join the discussion on AMD's new "Raise the game" GPU bundle on the OC3D Forums.