AMD is teasing an upcoming Radeon GPU on Times Square

AMD is teasing an upcoming Radeon GPU on Times Square 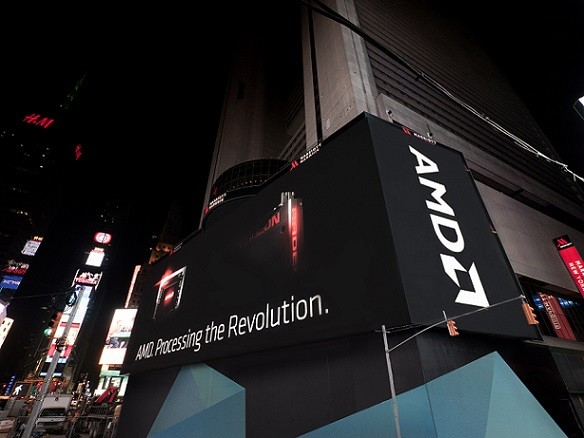 The display, powered by AMD's own FirePro GPUs (three of them, to be precise), is more than 2300 square meters big, and consists of six display sections. It's so big that it covers an entire city block in length. Since it stands eight stories high, everyone can praise the glory of AMD's upcoming graphics solution. The sign's sections are synchronized with the AMD FirePro S400 synchronization module. The display's playback system is designed and managed by Diversified Media Group. 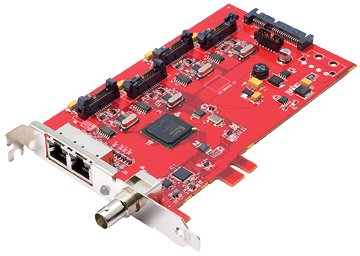 The six sections of the display are synchronized by the FirePro S400 synchronization module.

Senior vice president and general manager of AMD's EESC Business Group, Forrest Norrod, has the following to say about the sign:

"Graphics realism is a key driver for the next generation of immersive experiences, whether through display walls, virtual reality, or other aspects of visualization,”“The Times Square display powered by our AMD FirePro professional graphics and scalable Graphics Core Next architecture is a great example of how AMD is ready and able to innovate with customers and push the boundaries of visual technology."

“The visual and technical requirements for creating one of the world’s largest display walls and with Ultra-high Definition were daunting,”“To achieve a state-of-the-art implementation on this scale necessitated industry leaders who could meet these requirements and also deliver rock solid support. With the cutting-edge AMD FirePro professional graphics cards, AMD delivered on all fronts and we couldn’t be more pleased with the result.”

If you're not in New York City, but still want to be teased by AMD, don't worry: they've got you covered.

We at OC3D will keep you updated on new Radeon GPUs as more information becomes available.

Join the discussion on AMD teasing an upcoming Radeon GPU on Times Square on the OC3D Forums.

AMD is teasing an upcoming Radeon GPU on Times Square's largest display, which is powered by AMD FirePro...

#AMD is teasing an upcoming Radeon GPU on a massive display at #TimesSquare. http://t.co/HF36Rrlpu2 pic.twitter.com/Y9euJykTvj

NeverBackDown
Quote:
Hopefully it's a real big sign of progress!

Feronix
Oh wow, and not even slandering the competition or skewed graphs! Are they finally learning?

3DJF
Quote:
Riiight!? Does this mean they aren't too worried about the performance of Nvidia's next offering and will let the new cards speak for themselves? I do hope so....Quote
Reply