With the release of AMD's Radeon RX 5700 series, and to a lesser extent Nvidia's RTX Super series, one thing is clear, the Radeon VII is not worth its high asking price, at least when it comes to gaming.

Simply put, the architectural improvements of Navi and the affordability of Nvidia's RTX Super series had destroyed the value proposition of the Radeon VII in gaming workloads, with AMD's affordable RX 5700 XT outperforming it in several cases while shipping with a much lower £379.99 price tag. Nvidia's RTX 2070 Super also delivers similar levels of gaming performance while offering a lower price tag, making the Radeon VII, at least at its current pricing, irrelevant when it comes gaming, at least in terms of value for money.

A report from Cowcotland has claimed that AMD's Radeon VII has reached its end of life, with AMD ceasing production of the graphics card. This is unsurprising given what's mentioned above, though we will note that this publication has been unreliable in the past when it comes to Radeon related news. That said, AMD's Radeon VII has served its purpose and no longer has a valid position within today's gaming market, as it cannot reliably outperform AMD's Navi-based Radeon RX 5700 XT.

Today, the Radeon VII can only be recommended for specific workloads, specifically those that require graphics cards that offer the graphics card's colossal 16GB frame buffer. This makes the Radeon VII suitable for workstations, though 8GB of VRAM remains more than adequate for most of today's gaming workloads. 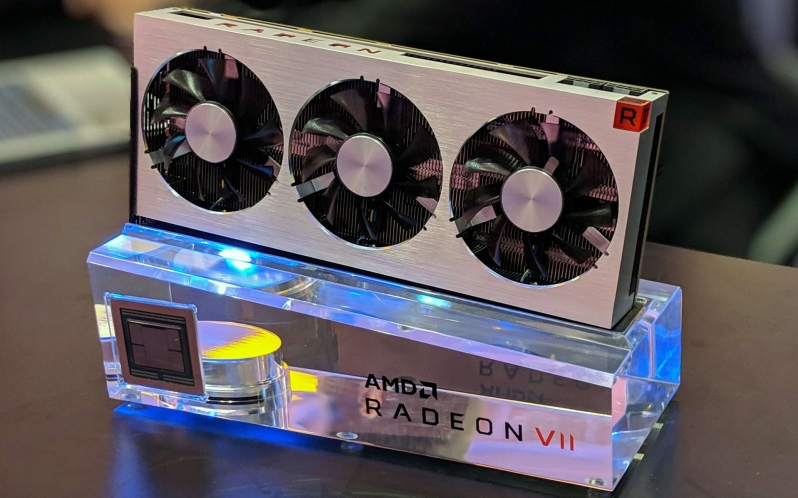 With their Navi-based RX 5700 XT, AMD can deliver more performance than the Radeon VII in some workloads while consuming less power, requiring fewer transistors and using a more affordable GDDR6-based memory system. When compared to AMD's 7nm Vega graphics card, AMD's Navi offerings are better in seemingly every way imaginable, giving the Radeon VII no clear space within today's graphics market. In our eyes, AMD would be silly not to discontinue the Radeon VII.

You can join the discussion on AMD reportedly discontinuing their Radeon VII graphics card on the OC3D Forums.

AlienALX
Not surprised if true. Must cost a packet to manufacture.

Bartacus
Of course, just when I decided to use one in my daily PC. Excellent.Quote

Dicehunter
Quote:
It's still faster than the 5700XT so no worries there, Driver support is what's important and we'll be ok for quite some time to come yet.Quote

Dawelio
Quote:
Untill they decide to pull an Nvidia on you

looz
Some might argue it was dead on arrival.Quote
Reply