Does anyone care about this missing feature?

With the launch of AMD's new Radeon Navi graphics, one question was raised regarding its feature set. Does it support CrossFire? In other words, does the Radeon RX 5700 and RX 5700 XT support multi-GPU configurations.

To answer this, AMD has released the following statement;

So what does this mean? For starters, this means that CrossFire is not supported on the Navi RX 5700 series. PC gamers should not expect to run Navi in a multi-GPU configuration, at least outside of the rare usage of "explicit" multi-GPU in the occasional DirectX 12 or Vulkan title. This level of multi-GPU support remains rare in modern gaming titles, which means that in most cases multi-GPU support isn't possible with Navi.

Multi-GPU support has become incredibly unreliable in recent years, with fewer and fewer games supporting the feature. Beyond that, a single, stronger, graphics card is almost always better than combining two smaller graphics cards together in SLI, CrossFire or some other multi-GPU configuration. This is part of the reason why Nvidia has dropped SLI/NVLink support from its lower-end Pascal and Turing GPU lineups. 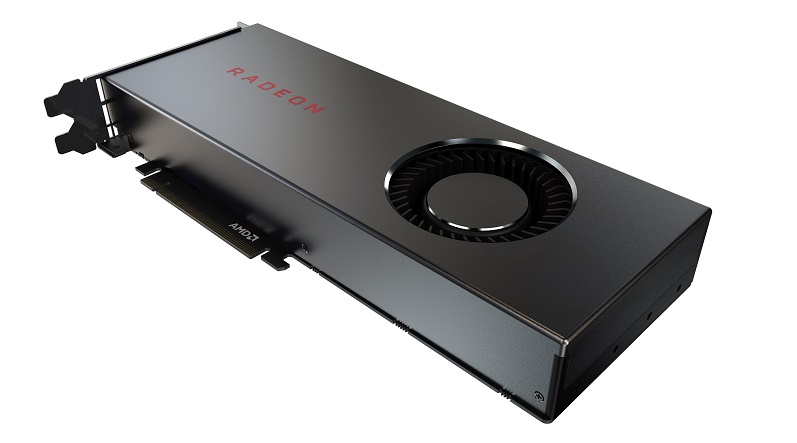 While AMD's lack of implicit CrossFire support with their Navi RX 5700 series graphics cards may be disappointing to some, it is hard to see a dual-GPU RX 5700 or RX 5700XT setup as being something that's worth recommending to PC gamers, especially given the current state of multi-GPU support in modern software. PC gamers are almost always better off investing their money into a single graphics card, rather than two smaller ones.

You can join the discussion on AMD's Radeon Navi RX 5700 series graphics cards lacking CrossFire support on the OC3D Forums.

AlienALX
No ! it's time that nonsense was put to bed.Quote

Damien c
Considering most developers, AMD and nVidia are practically not developing it (multi-card support) I honestly don't think it's an issue.

Whilst it would be nice to run SLI'd 1080Ti's and get a performance boost, most of the games I play now don't support SLI or it's broken so not worth running, and because of that buying a 2nd hand 1080Ti would be a waste of money.

If AMD have killed off crossfire support on these card's then I think it just shows how much of a waste of time it is these days, even with DX12 supposedly making it "easier" to support multiple cards.

Either way no skin of my nose as I wasn't going to be buying one of these anyway because they are just not good enough, and I'm not about to drop £400+ by the time the AIB cards come out for lower performance, and probably the same power usage as my 1080Ti.Quote

cooperman
SLI and Xfire are both entirely redundant in gaming and have been for a fair few years.

There was a time when no single GPU could drive a 1440p monitor, prior to that you'd struggle to run 1080p. hence the need for multi GPU.

If your mad that you can't reliably use 2 GPUs to achieve your target, you bought the wrong damn card to begin with.Quote

AlienALX
It's always been a bit of a crock, IMO. Both companies used to push the marketing hard, then failed to woo the Devs. Certain games were awesome, but one card now is always awesome.

I see Nvidia bleating about how the 2070 Super supports SLi. I see the inner scumbag inside them is still alive and well.Quote

Warchild
Quote:
Well.. I have yet to see a card do 1440p @ 144hz on max detail. But yeah I think the last true SLI supported title was Witcher 3. Since then SLI actually has a negative impact on fps. Division 2 for example now reports 5-10 fps LESS than single card.

Luckily there isn't a single title released these days that interests me, so I am just sticking with W3/Destiny2 and older backlogged games where it does benefit me.

Its a sad day when even I state that from here on I will be going single card setup. I havent gone that route since my GTX280 days.

I suppose BF5 does support it well, but you have to block DICE trying to override the setting when you run BF5.exe. So to me that doesnt count.Quote
Reply