The RX 5700 XT 50th Anniversary Edition will not be US/China only.

A recent report from Cowcotland has claimed that AMD's Radeon Navi RX 5700 XT 50the Anniversary Edition will not release in the UK or Europe, with the website claiming that the limited edition graphics cards would be limited to the US and China.

AMD has reached out to us to confirm that the Radeon RX 5700 XT 50th Anniversary Edition will be coming to Europe, providing us with a statement which confirmed that the AMD/com store would be expanding to cover more countries, including the UK.

Sadly, AMD will not be offering global availability for the Radeon RX 5700 XT 50th Anniversary Edition, but Radeon RX 5700 series the company will be prepared to sell products directly to consumers in more nations than ever before.

Friendly reminder that just because someone writes it doesn't mean it is true....

We will be expanding AMD.com sales to more countries, so we expect the 50th anniversary edition will also be available in: Austria, Belgium, Czech Republic, Denmark, Finland, France, Germany, Ireland, Italy, Luxembourg, Netherlands, Portugal, Spain, Sweden, and the United Kingdom.

Sorry we are not offering global availability at this point. We hear you on the desire. The team is focused on expanding into more regions/countries while making sure we can fully support customers. 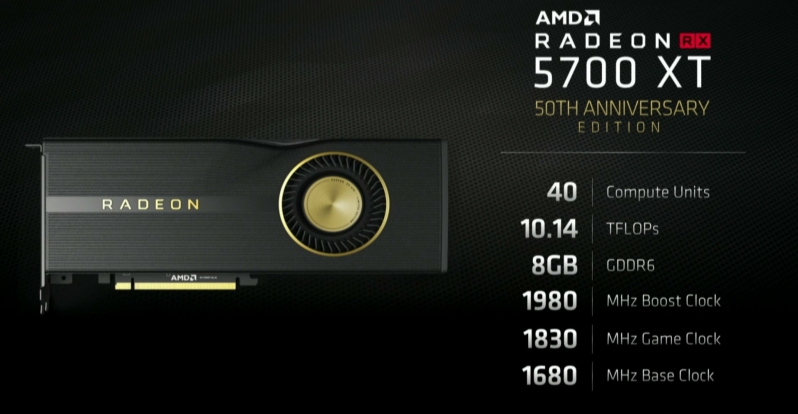 You can join the discussion on AMD's Radeon RX 5700 XT 50th Anniversary Editon graphics card not being a US/China exclusive product on the OC3D Forums.

Giggyolly
Yeah don't think anyone is too upset about that.
Realistically, a regular XT with a decent cooler should manage to maintain clocks closer to boost, so this is redundant, especially with the blower cooler.Quote
Reply