AMD confirms that its Next-Gen RDNA architecture is coming in 2020 - New GPUs are coming!

What did Lisa Su mean when she said 'Refreshed'?

During AMD's Q4 2019 earnings call, Lisa Su, the company's CEO, stated that the company's graphics lineup would be "refreshed", a statement which has caused widespread confusion amongst tech enthusiasts. This article is designed to clear things up, so let's get started by repeating what Lisa Su said during the call.

Below is what Lisa Su said in response to a question from David Wong regarding AMD's 2020 GPU release plans.

Yes. So, in 2019, we launched our new architecture in GPUs, it’s the RDNA architecture and that was the Navi based products. You should expect that those will be refreshed in 2020, and will have next generation RDNA architecture that will be part of our 2020 lineup.

We are pretty excited about that and we will talk more about that at our Financial Analyst Day. And on the data center GPU side, you should also expect that we will have some new products in the second half of this year.

The meaning of the term "Refreshed"

Enthusiasts and the tech press have become fixated with the term "refreshed", which in hardware circles has a specific meaning. Typically, a "refresh" is a synonym for "rebrand", where a product is re-released with minor changes or enhancements. The core of the product remains the same, but the new part has a newer name and sometimes higher clock speeds.

An example of this is AMD's RX 580, which is a recreation of AMD's older RX 480. This is what most hardware enthusiasts think of when they hear the term "refresh". The problem here is that AMD's Lisa Su is talking to financial analysts, not tech enthusiasts, who have a different definition for "refresh".

The term "refreshed product lineup" is a common phrase in financial calls, especially for technology companies. To financial analysts, a "refreshed" product lineup means new products, not necessarily a re-release of existing graphics cards under a new name or with minor improvements.

Many websites have taken Lisa Su's use of the term "refreshed" at face value and have assumed that Navi will be re-released in 2020 under RX 6000 series or RX 5X50 series branding. This is not true.

While this article was being written, Tom's Hardware's Paul Alcorn contacted AMD to clarify what Lisa Su meant when she said "refreshed" during the company's Q4 2019 earning call. AMD responded by confirming that the company would bring second-generation Navi to market this year by releasing new graphics cards that are based on AMD's new architecture.

Basically, reports that you have heard about a Navi refresh are false. AMD plans to release NEW graphics cards in 2020 based on a new, next-generation RDNA architecture. No rebrands, new hardware! 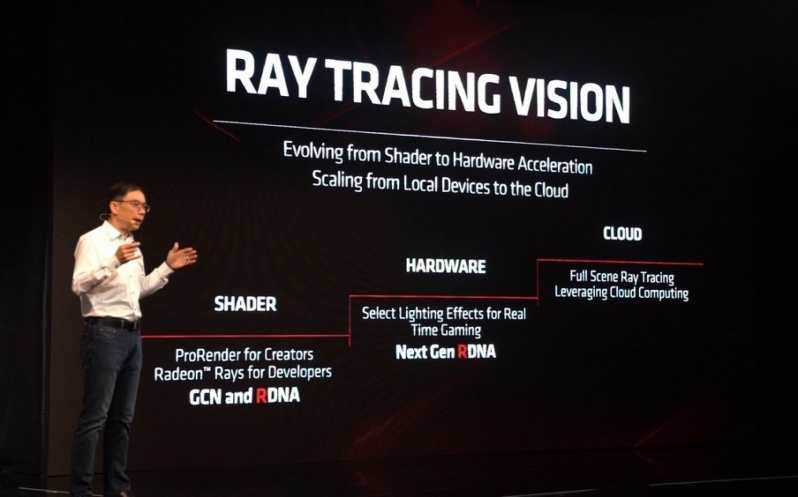 When will we hear more?

On March 5th 2020, AMD plans to host a Financial Analyst Day, where the company plans to discuss its future plans on more detail. This is where AMD will reveal more information about its 2020 products and the company's next-generation graphics products.

You can join the discussion on AMD's next-generation RDNA plans on the OC3D Forums.

AngryGoldfish
I imagine the 55/56/5700 GPU's will be refreshed in some capacity. Maybe they'll be moved down/up to the 7nm+ architecture and given a clock speed boost to compete with midrange Ampere. Don't know if that'd be financially sound, so they could just refresh them by dropping the prices.Quote

WYP
It looks like Tom's Hardware has changed its original article to basically restate what I said regarding what "refresh" means to different people and what it meant in this context.

Paul Alcorn has also deleted a few tweets which he made in response to me when I commented on this topic on Twitter. Fun times. Cool to know that my comments can cause Tom's Hardware to completely rework and article.Quote

WYP
Quote:
This is NOT what AMD is doing. AMD needs to push its next-gen RDNA architecture and its features and refreshing today's Navi cards would be a disaster if they bring raytracing to new cards.Quote

Warchild
Well these days, everything she says becomes a hot topic. So even if you call this a play on words intentional or misinterpretted. You can see the news spreads like wild fire.

Lisa Su is the best thing that has happened to AMD for quite some time. She has a fantastic business mentality, and that is why her refreshed terminology means a great upcoming lineup of products, not rebrands.Quote

WYP
Quote:
It's a new era for AMD. They don't need to be in budget mode anymore, and their renewed profits have paid off most of their debts. The simple fact of the matter was that before now, AMD couldn't afford to make enough new silicon to not re-release/rebrand/refresh products.

Now AMD has enough bank to push thing, and the push for next-gen has helped AMD spend more on its graphics architecture with the help of Microsoft and Sony.

TBH, it would be hard to push today's cards out again if their next architecture promised raytracing and other major enhancements. They need parity with the next-gen console feature set or better.Quote
Reply