AMD will soon be announcing their new Radeon Technologies Polaris Architecture, heralding a new era in power efficiency for AMD, with a core design which is almost completely changed and being built on a new, highly efficient FinFET Processing node. 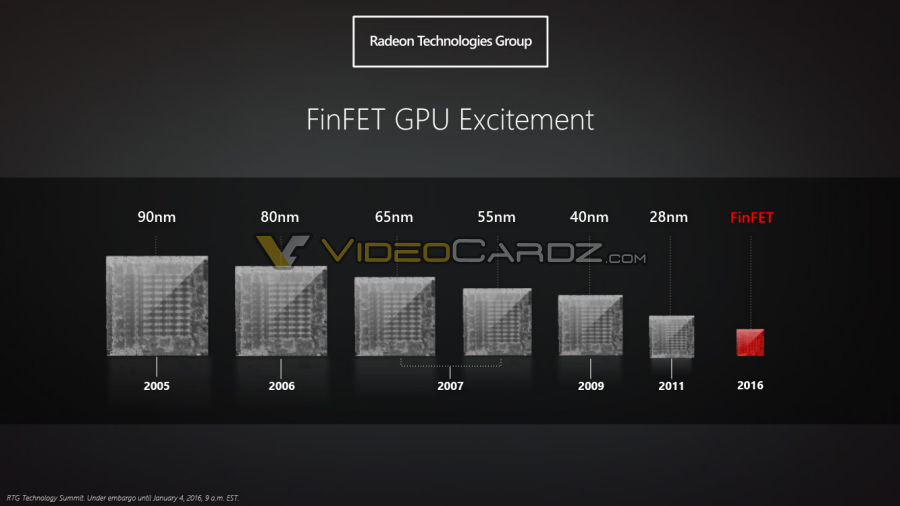 The new Polaris, GCN 4.0 architecture will feature a newly designed command processor, a dedicated multimedia section, a new display engine, geometry processors and a updated memory controller and set of L2 cache, all of which will be instrumental in giving AMD more performance in this upcoming generation of GPUs.

The new command processor will likely help AMD with Asynchronous computing tasks with the new DirectX 12 API, promising that the GPU will never be sitting at idle and the new memory controller will no doubt help AMD make the most out of every bit of memory bandwidth that they can get their hands on with HBM 2.0. 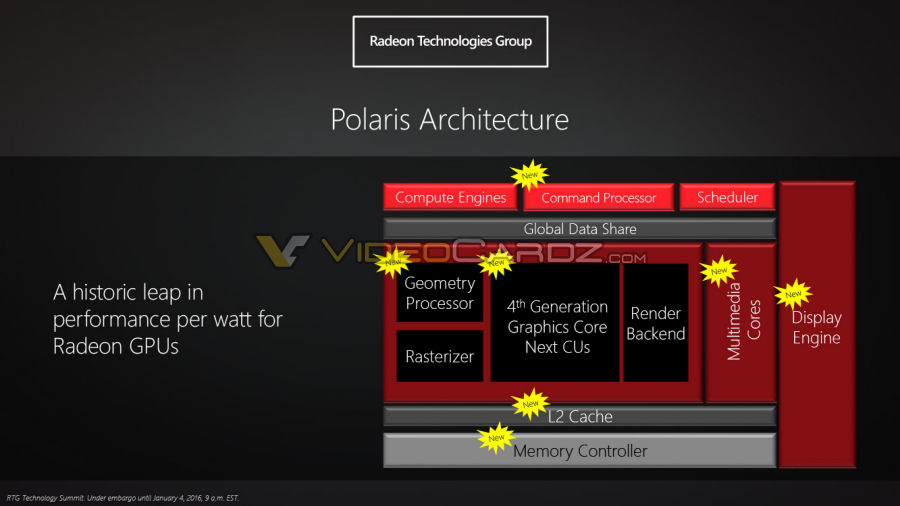 This new GPU will also have the ability to encode and decode h.265 media, which hopefully means that AMD will be gaining a dedicated shadowplay functionality within their drivers, instead of relying on dedicated external applications. 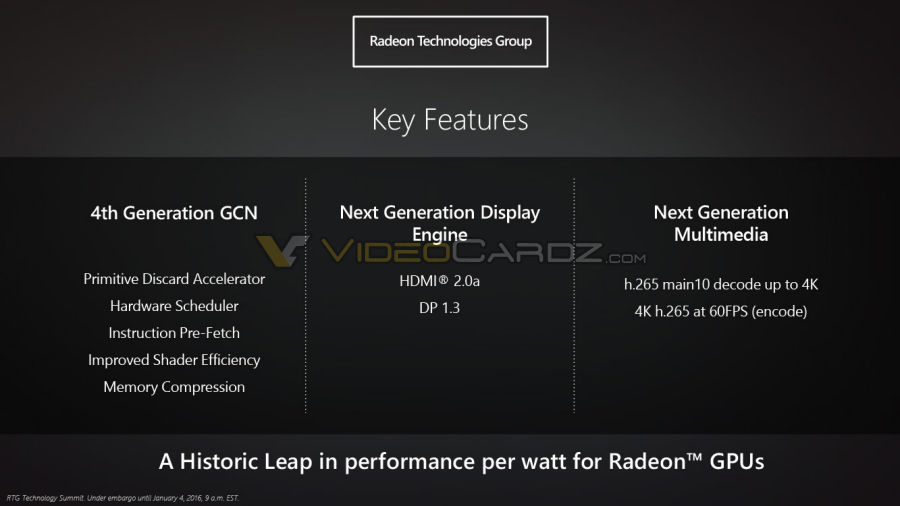 AMD's next generation of GPUs will also be using DP 1.3 and HDMI 2.0a display connections, allowing the most modern displays to be used with these devices, allowing 4K 120Hz support and more. 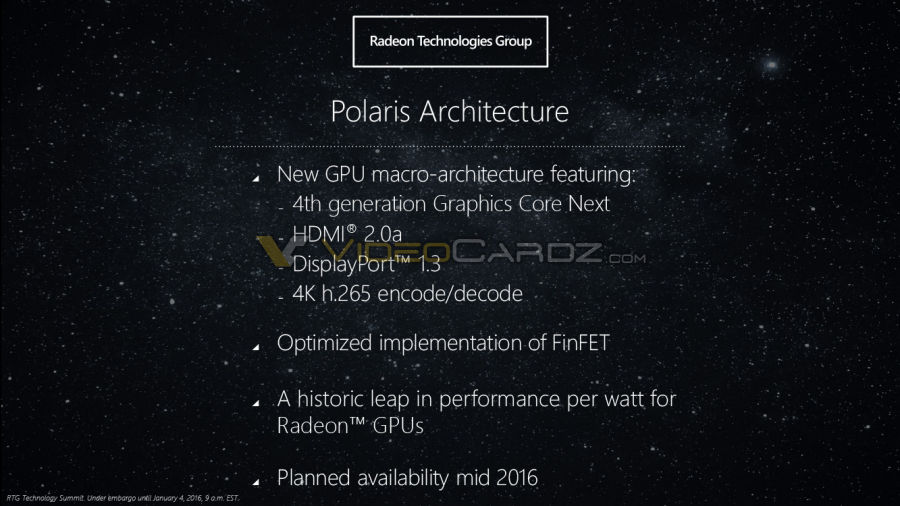 AMD's Polaris GPUs are now set for release in Mid 2016, in the same timeframe that Nvidia's next generation GPUs are expected to arrive, meaning that 2016 will no doubt be a very competitive and exciting time for PC graphics and PC gaming in general. especially with the immanent release of VR and DirectX12. 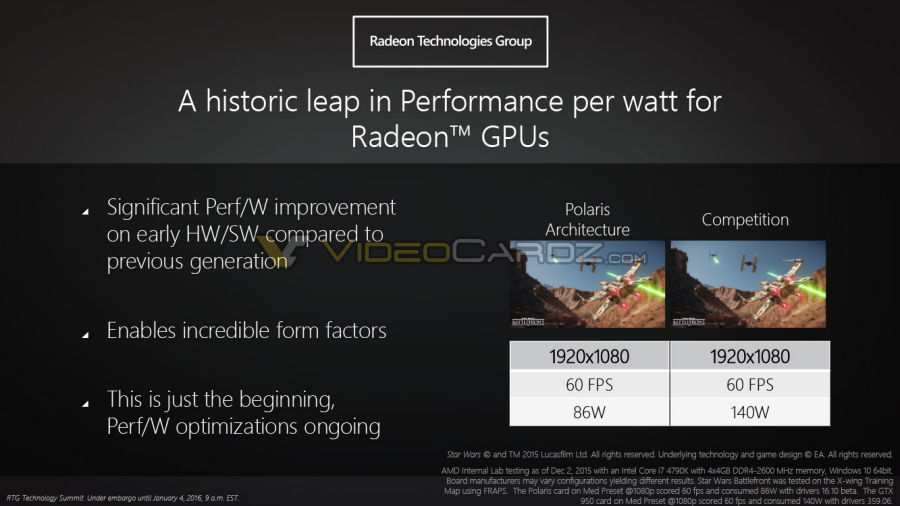 Nvidia haven't spent this year sitting down, so only time will tell if Nvidia will beat them with their upcoming GPUs for 2016. 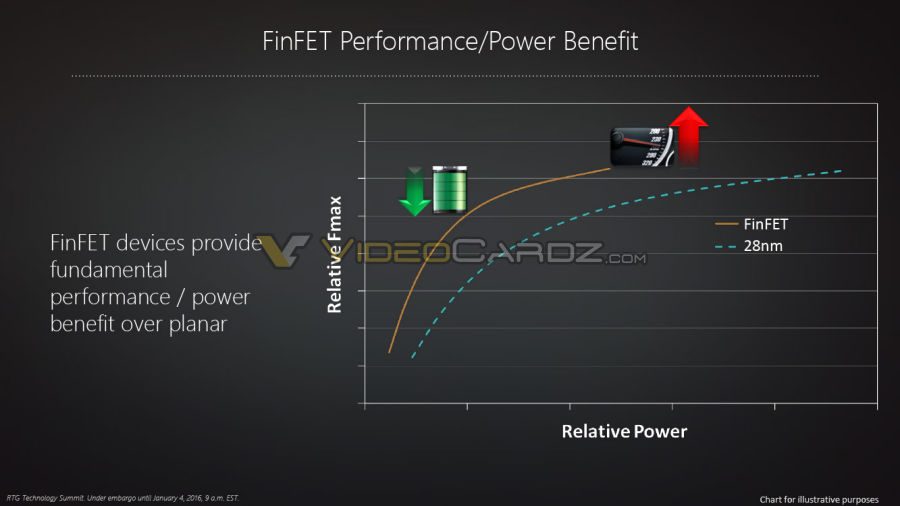 This year is going to be a very exciting time for PC gamers, offering us more performance ant lower wattages than ever before for a whole selection of devices. Let's hope the prices will also be low and competitive, since I really want to see 4K 60FPS this year.

You can join the discussion on AMD's Polaris architecture on the OC3D Forums.

WYP
Quote:
Way ahead of you dice, have an article ready for the new info and have the video in there.

It is interesting to see AMD and Nvidia go for a different processing node this time, though it is great to see AMD taking full advantage of FinFET transistors.

The engineer talking about the "uplifted the frequency of the product" has me excited too, maybe Polaris will be AMD's Maxwell.Quote

Dicehunter
Quote:
Wait, Different processing nodes ? So will Nvidia be on 16nm ?Quote

WYP
Quote:
from what I am hearing atm 16nm with TSMC.Quote
Reply