When it comes to drivers what people want most is stability and the potential of improved performance when compared to their older counterparts, this is most true in the world of Gaming GPUs where the hardware is often pushed harder than any other single part of the system.

Last December AMD released their special edition Catalyst Omega drivers, drivers which greatly upped the quality and feature set of AMD's drivers while at the same time increasing performance and now almost a year later AMD's newly formed Radeon Technologies Group will be delivering us another big leap for AMD's Graphical drivers. Presenting Radeon Software, a driver which AMD Radeon says is much more than meets the eye.

AMD's Radeon Technology group want's to drive home six key values which will drive their Graphics into the future, these being Pro Graphics, Gaming, VR/AR, Immersion, performance and efficiency, which is something that AMD has really improved with their recent GPUs. Remember that AMD's R9 Fury X consumes less power than their older R9 290X while delivering much greater performance.

We will see the first Radeon Software Crimson Edition before the end of the 2015, which is almost a year after AMD's highly impressive Catalyst Omega Driver. 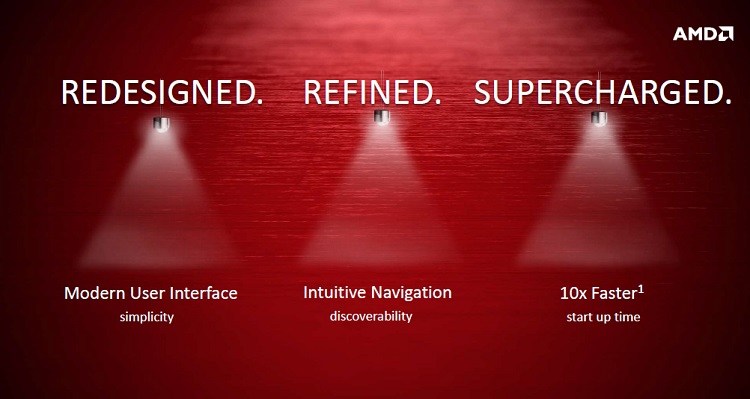 In effect what AMD's Radeon Software is a massive redesign for AMD's graphics drivers, leaving the ageing Catalyst name behind in order to bring users something which has a new/improved interface, faster operation, additional features and new name.

AMD's first iteration of their Radeon Software will be called AMD Crimson Edition 15.11, with all major revision getting a new name and all minor version will get the usual AMD Year/month naming scheme.

One example of the many improvements can be seen as soon as your system is booted, offering a greatly reduced boot time when compared to AMD old catalyst drivers with AMD stating a reduction in boot time from 8 seconds to a mere 0.6 seconds. 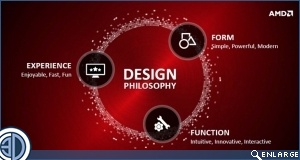 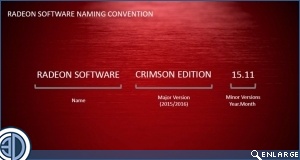 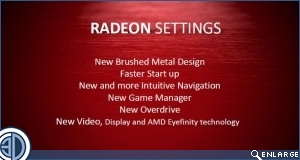 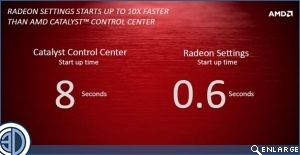 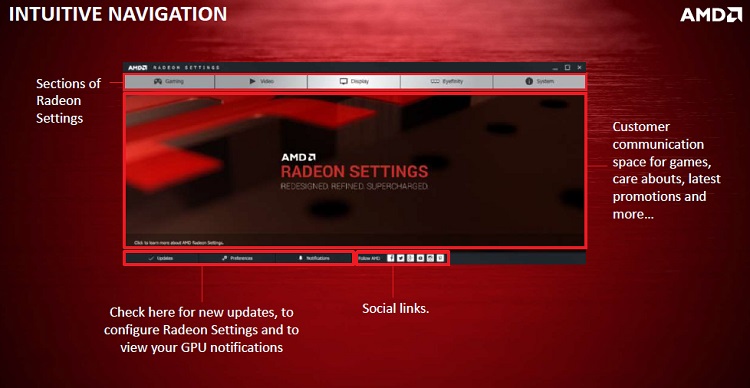 One of the largest changes to AMDs drivers is their new game manager, which promises not just to be easier to use than it's catalyst counterpart, but also give gamers plenty of new graphical options, making the creation of custom game profiles much less of a chore.

Anther thing that has been added to custom game profiles is the ability to set a custom GPU overclock on a game-to-game basis, allowing you to squeeze out as much performance out of your GPU overclock as possible in-game. We all know that some games are much more overclocking friendly than others, so it is great to be able to set up a game specific overclock that will be applied automatically in certain games are being played. 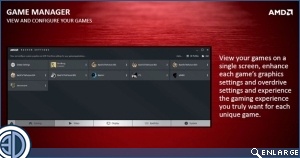 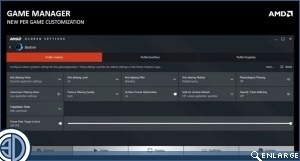 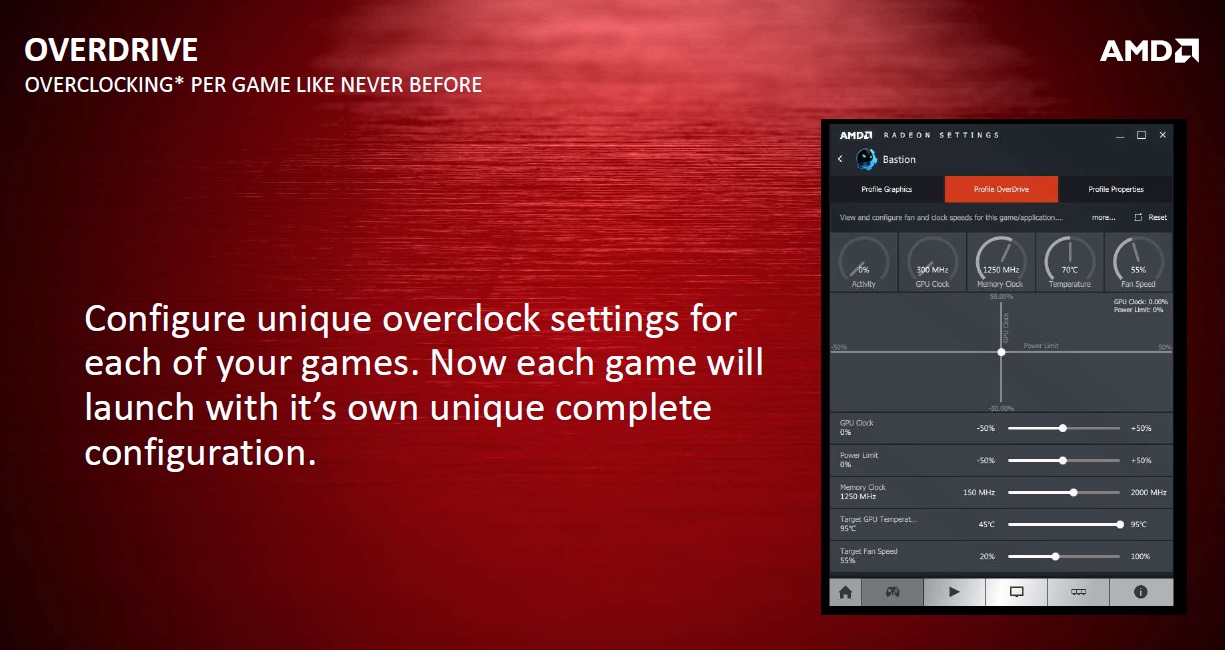 In display settings AMD have worked hard to make setting up your display as simple as possible, allowing you to more easily set up a eyefinity, turn on FreeSync and use VSR than when using previous drivers, allowing AMD users to spend less time in their drivers and more time using their PC. 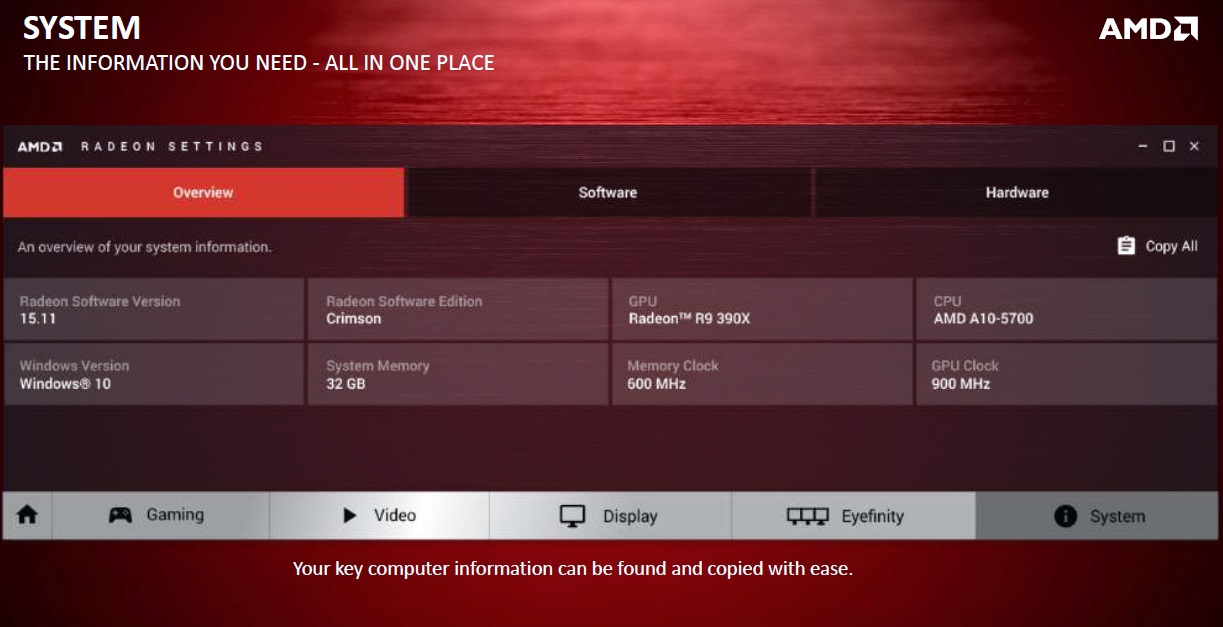 So to summarise AMD's new Radeon Software is designed to make AMD's drivers easier to use, more stable and deliver greater performance, which is exactly what AMD should be focusing on. 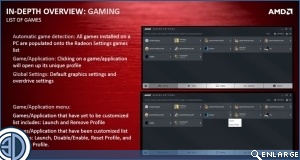 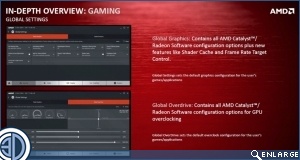 When Radeon Software group was first formed the first rumors/fears were that AMD were planning to sell off their GPU division, which was something that never really made sense to us given their recent work on HSA and their APUs. Now AMD has told us exactly what their Radeon Technologies group was designed to achieve, that being an improved focus on delivering not just great Radeon hardware but also great Radeon Software.

With more focus being placed on Graphical drivers/software we expect to be seeing many more new drivers from AMD, not just for game specific optimizations and performance enhancements but also for delivering great new features. Hopefully AMD's Radeon Technologies group can continue delivering innovative new drivers and continue to improve AMD's relationship with their end users.

We will see the first Radeon Software Crimson Edition before the end of the 2015, which is almost a year after AMD's highly impressive Catalyst Omega Driver.

You can join the discussion on AMD's new Radeon Software on the OC3D Forums.

Also, shader catching. That's something that Nvidia already has, right? It sounds useful.Quote

TPC
I don't really get what the game specific overclocking could be useful for...Quote

DarthDudo
Quote:
Some games just aren't stable at the same clocks, I know in Arma II I can't go past on 1450 on my 980 but can go as far as 1505 on The Witcher 3, whether that is significant in regards to framerate is another story but maybe in some title it could be, It's certainly a nice quality of life change IMO but for many users who like to tinker like most on this forum it is maybe not so useful.

I also look forward to seeing if it is anything like the software overclocking on modern day mobo's i.e. unnecessarily high voltage/lower overall clocks then when manually tuned and tweakedQuote
Reply