AMD will license its graphics tech to Samsung

AMD and Samsung have announced the beginnings of what will be a multi-year strategic partnership, one which will focus on providing low power, high-performance mobile graphics IP into a range of devices.

The basics of this partnership are as follows, Samsung will pay AMD technology licensing fees and royalties while AMD will license them custom graphics IP that's based on their scalable RDNA graphics architecture. This IP will then be used by Samsung to create mobile devices such as smartphones and "other products which compliment AMD product offerings".

Samsung believes that AMD's IP will enable Samsung to deliver "groundbreaking graphics products" into future mobile devices, though at this time it remains unclear what Samsung has planned.

For AMD, the benefits of this deal are obvious. For starters, it generates the company more revenue and pushes more funding into Radeon. Second, it gets AMD's Radeon technology into more devices, extending the company into markets where they have a small user base, allowing more developers to become familiar with AMD's graphics tech. Third, it shows the world that their new RDNA graphics architecture is ready to deliver low-power performance, an area where AMD's previous graphics architectures have been behind their competition. 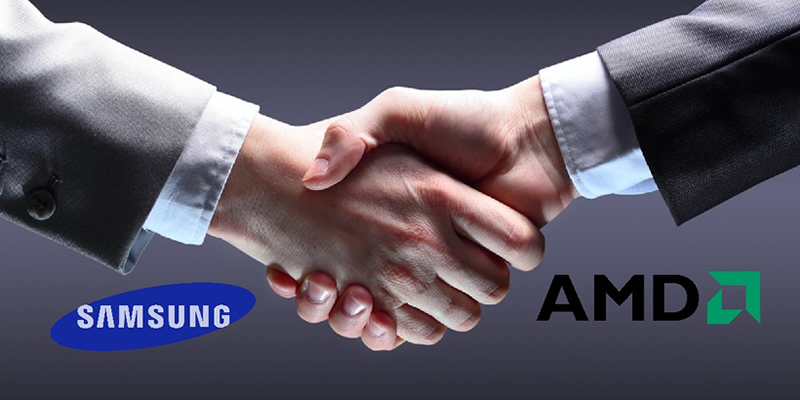 This deal can only be seen as a good thing for AMD, as it brings more money into the company while committing them to the field of low power graphics performance, an area which has been a weak point for the company in prior hardware generations. If Samsung wants to integrate RDNA IP into their smartphones, AMD clearly has made significant leaps in performance per watt, which is great news for gamers everywhere.

You can join the discussion on Samsung's graphics-focused strategic partnership with AMD on the OC3D Forums.

grec
Coincidentally it's around 10 years since AMD sold off ATI's mobile graphics division to Qualcomm, who named it Adreno in reference to its Radeon heritage. The Adreno 200 in the original 2011 Snapdragon S1 was also referred as the AMD Z430.Quote

AngryGoldfish
Navi is STILL not an enthusiast gaming architecture!!