AMD's Radeon VII is an impressive graphics card, offering insane amounts of memory bandwidth and enough VRAM to make any heavy video editors blush. In some regards, there is no other graphics card like it in the consumer market, especially at the GPU's £649 price tag.

While the graphics card cannot offer the same monstrous levels of GPU performance as Nvidia's RTX 2080 Ti, the GPU nonetheless offers respectable price/performance levels, with pricing that is similar to low-end RTX 2080 models. Retail stock of this graphics card has stabilised in recent weeks, making the GPU readily available at its MSRP pricing, making it a valid purchase if you desire the Radeon VII's unique qualities.

Alphacool has started to tease their upcoming Eisblock GPX Radeon VII water block, offering a similar design to the company's RTX 20 series block designs, offering the same plexiglass top as its Nvidia RTX series variants and space for what is likely to be addressable RGB LED lighting.

Like most modern GPU water blocks the Alphacool's Eisblock GPX Radeon VII full cover water block is likely to be made of nickel plated acrylic. At this time it is unknown whether or not the water block will be available with both plexi and acetal tops, or if this release will be limited to Alphacool's plexi top exclusively. 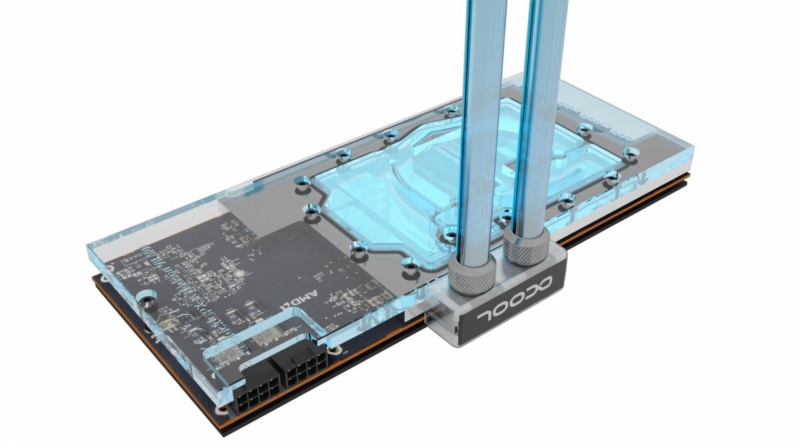 You can join the discussion on Alphacool's Eisblock GPU Radeon VII water block on the OC3D Forums.