Images of a graphics card engineering sample have appeared over on bilibili (via Videocardz), an alleged Radeon RX 6000 series graphics card from AMD's Navi 2X GPU family.
Based on what we can see of this graphics card, it appears to be using 16Gb (2GB) Samsung GDDR6 memory chips. Another label on the graphics cards says "Typical XT A0 ASIC", suggesting that this is a Radeon graphics card.

AMD is due to launch its RDNA 2 architecture on October 28th, with AMD promising "a breakthrough gaming architecture". Gamers should expect a huge performance leap over today's RDNA-based products, though it remains to be seen how AMD's new products will compare with Nvidia's new Ampere offerings. 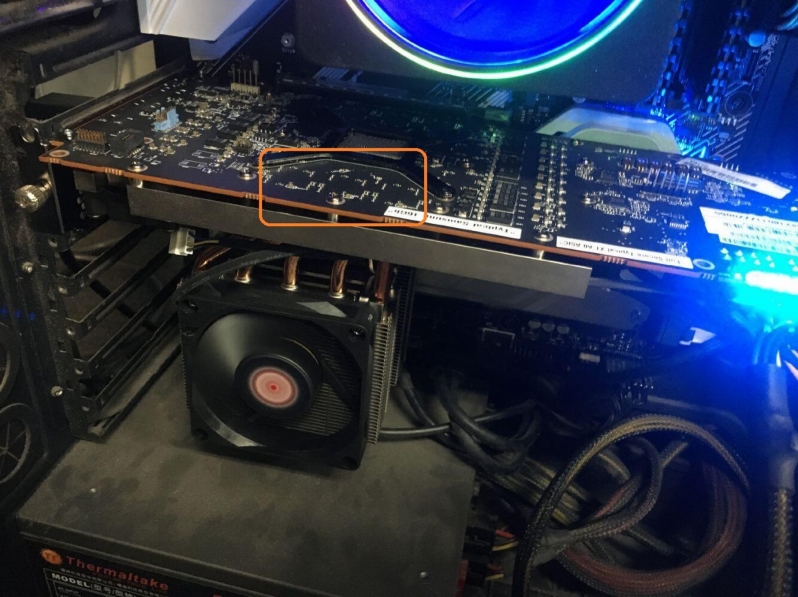 You can join the discussion on AMD's alleged RX 6000 GPU engineering sample images on the OC3D Forums.

Dicehunter
If Nvidia need a 320bit interface for 10GB of GDDR6X and they have some of the best compression tech in the industry, Then this 256bit sounds a little off.Quote

Warchild
would be funny if its a hackmod on a 5700xt

although it looks new looking at the stickers.Quote

AlienALX
Quote:
I think it may be. However, it's a test board like the Vega one we saw.

Warchild
Quote:
Its a brand new pcb without a speck of dust, so I believe its genuine. We don't have the source pic either. Maybe its possible to zoom on the source and view the sticker details.

The cooler is probably a test solution but we will know in a short time.Quote
Reply