Pictures of what is allegedly Nvidia's GTX Titan Volta have appeared online, showing a GPU with a GTX Titan themed cooler and a PCB that looks like it uses Nvidia's NVLink interconnects (shown above) instead of Nvidia's traditional SLI fingers.
Right now it remains to be seen if this is indeed an unreleased Titan or just modified Titan Xp or Tesla P100. We can see that the power connectors are on the side of this GPU and not the rear, making this GPU look a lot like other GTX series GPUs, though the inclusion of NVLink makes it unlike any released consumer-grade Nvidia GPU.
If this GPU is indeed a GTX Titan Volta, it shows that Nvidia has plans to abandon SLI in favour of a new consumer multi-GPU standard based on NVLink, though it remains to be seen whether or not this GPU will be based on GV100 or a different Volta core design. 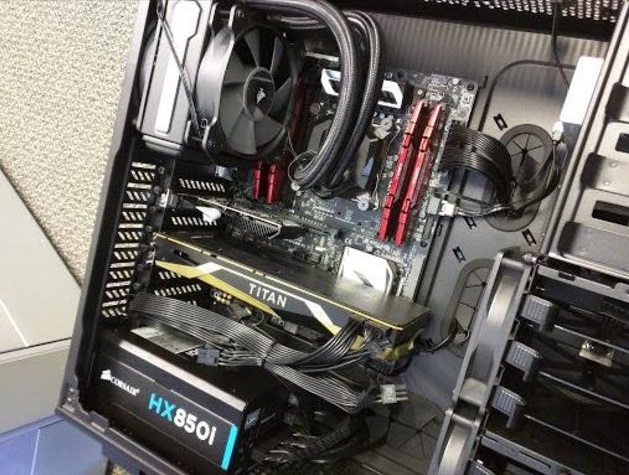 At this time there is no way to verify the legitimacy of this image, as it could easily be a modified version of an existing Nvidia GPU or a prototype Titan GPU that was based on GP100, the only Nvidia Pascal design to use HBM memory.

You can join the discussion on Nvidia's rumoured GTX Titan Volta on the OC3D Forums.

AngryGoldfish
Waits for JayzTwoCents to say he won't upgrade and then upgrade.Quote

Dicehunter
Feel sorry for the Titan Xp owners who just bought their card literally 1 month ago if this is true.

If it is true then Nvidia are taking the piddle a bit.Quote

Not real in that old PC !!!!Quote
Reply