All RTX 3090 Models/Prices at UK Retailers - Are retailers hiking up prices?

GPUs are out of stock, but are pre-order prices extortionate?

All RTX 3090 Models/Prices at UK Retailers - Are retailers hiking up prices?

Right now, retailers are taking pre-orders for Nvidia's RTX 3090 products, and we have decided to chart these prices to see how they line up with Nvidia's RTX 3090 Founders Edition pricing, which is £1,399 in the UK. At the time, Scan UK and Ebuyer are not taking pre-orders or displaying retail pricing, which is why they are not present within the chart below.

The cheapest aftermarket RTX 3090 graphics cards at UK retailers are currently available for pre-order for £1469.99, which is £70 higher than the cost of Nvidia's Founders Edition. Based on our talks with AIB partners, we know that some of these RTX 3090 models have pre-order prices that are over £100 higher than their manufacturers MSRP prices.

At this time, it looks like retailers are increasing the pricing of Nvidia RTX 3090 graphics cards due to high demand. This practice is common when product shortages take place, as retailers are for-profit operations and many consumers are willing to pay inflated prices. Our recommendation is that consumers wait for this supply/demand situation to levels out, which will bring these graphics cards closer to their MSRP pricing. That said, if you see the utility in having 24GB of VRAM and don't mind paying the extra money, go nuts; it's your money.

In the UK, pricing for Nvidia's RTX 3090 appears to be consistent across several retailers, with the largest variance being £110 when comparing identical models at different retailers. For the RTX 3090, this pricing variance is less than 10% of Nvidia's RTX 3090 Founders Edition MSRP. 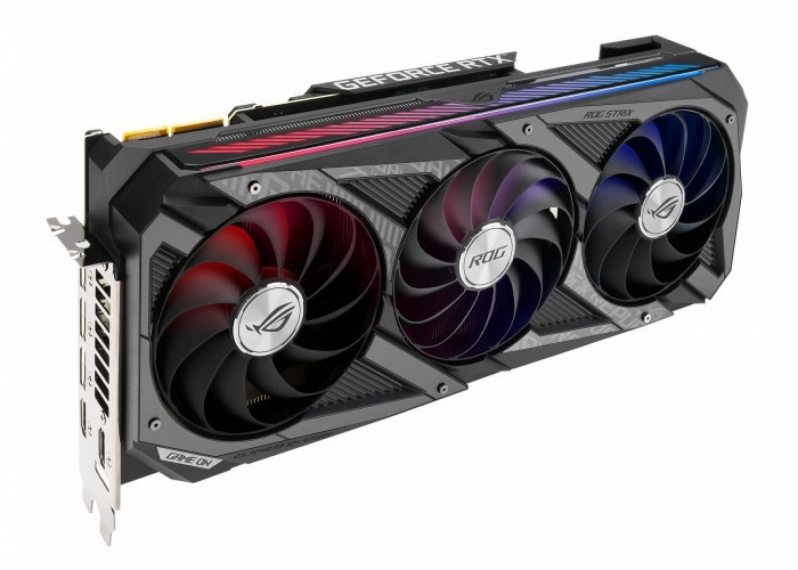 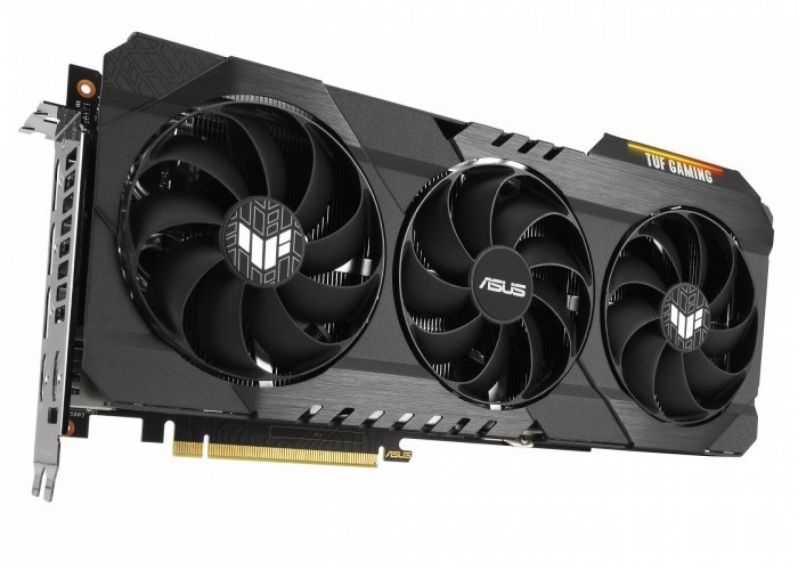 With their RTX 30 series of products, ASUS is bringing to the table new heatsink designs and revamped aesthetics for both their ROG Strix and TUF Gaming models. Both RTX 3090 models will feature triple-fan cooling solutions, with the ROG Strix Gaming featuring three 8-pin PCIe power inputs. 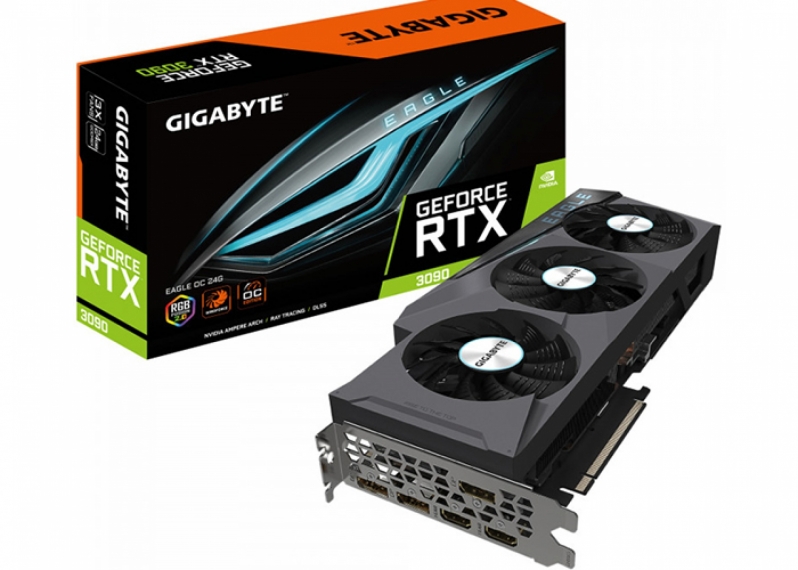 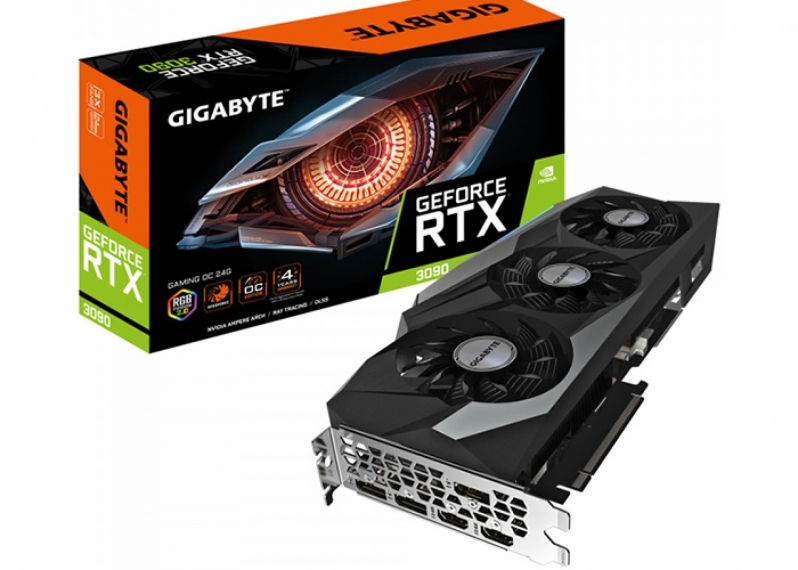 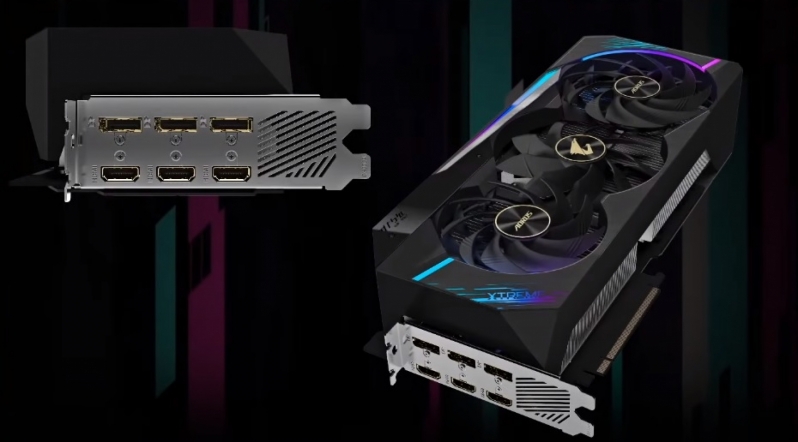 For Nvidia's RTX 3090 GPU, Gigabyte has released four models as part of their initial product lineups, catering to a variety of price points. On the high-end, Gigabyte has their Aorus series, featuring a thick triple-fan cooler design to deliver ample cooling and low load noise levels. 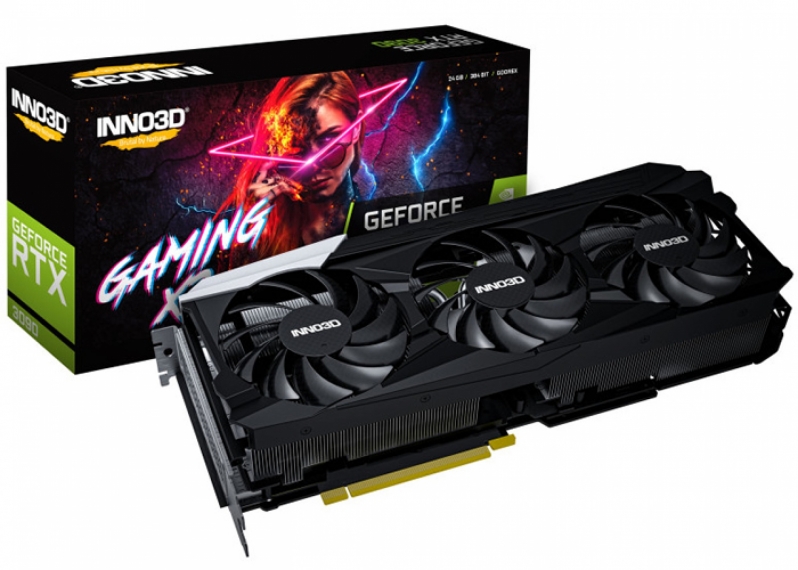 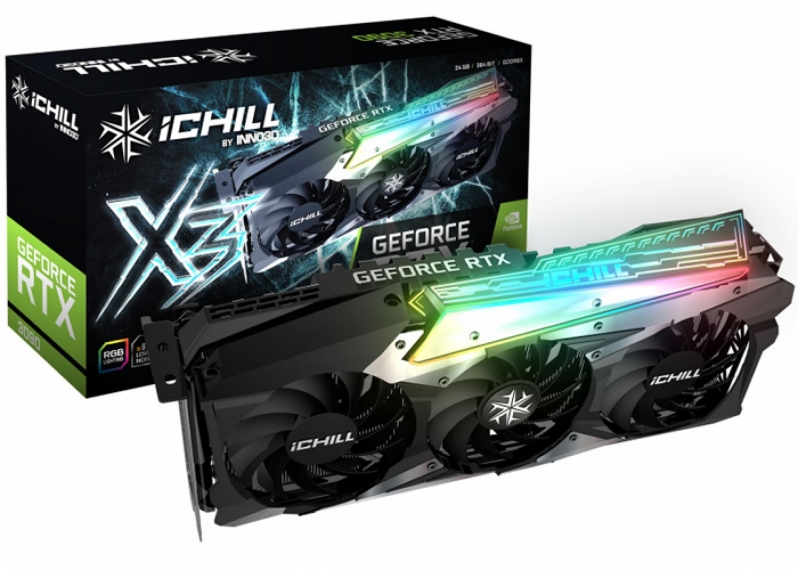 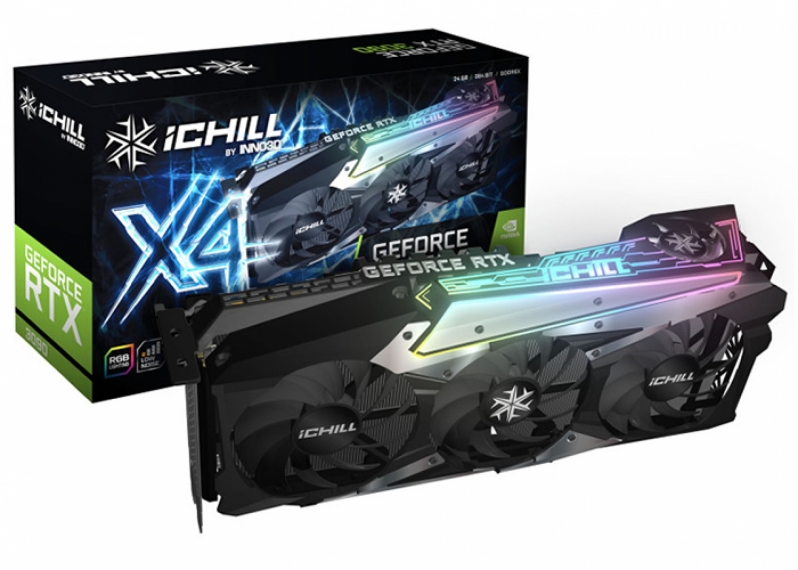 For Nvidia's RTX 30 series, Inno3D has created a variety of products, all of which are available to pre-order in the UK for relatively low prices when compared to their competitors.

On the high-end, Inno3D has created a unique quad-fan model called the RTX 3090 iChill X4, giving their heatsink a unique aesthetic and potentially more cooling capability than their less expensive X3 series models. 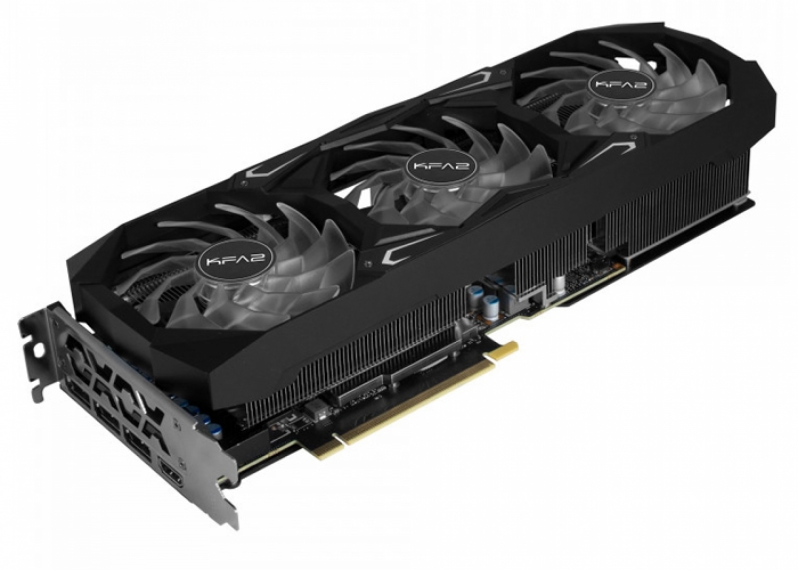 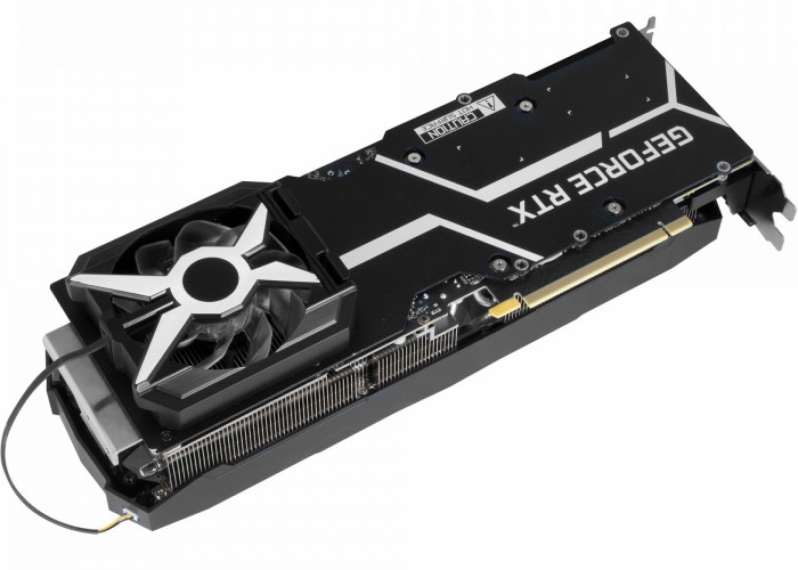 Based on the images of this graphics card that we have, KF2A appears to have created one of the few quad-fan RTX 3090 models on the market, offering a unique push/pull configuration on the rear of the graphics card. This additional fan appears to be optional. 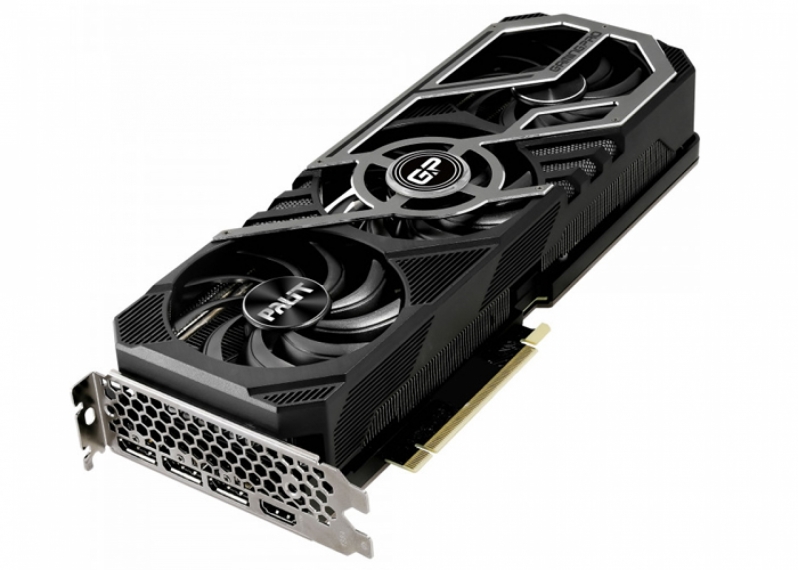 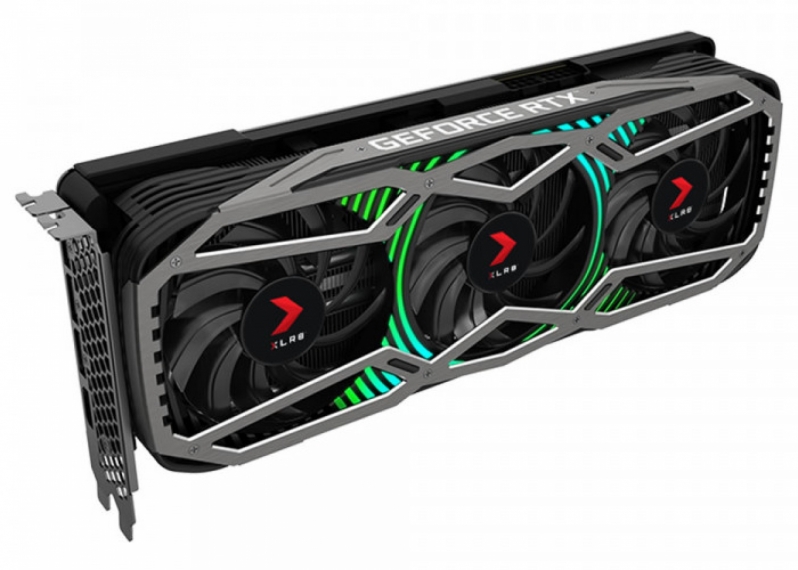 Palit, PNY and Zotac are already with new RTX 3090 graphics card offerings, all of which feature triple-fan heatsink designs and support for RGB lighting. All three of these GPUs are powered using dual 8-pin PCIe connectors. 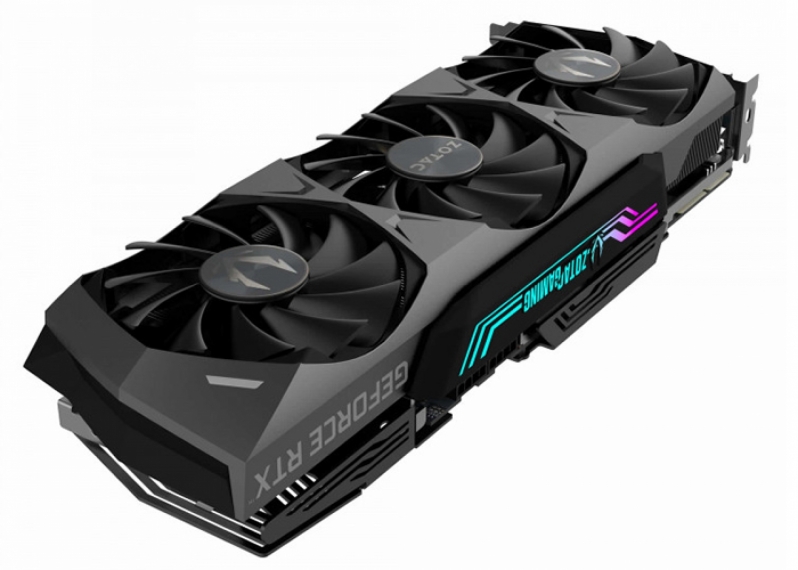 You can join the discussion on Nvidia's RTX 3090 prices at UK retailers on the OC3D Forums.

Dicehunter
I know OCUK keep putting prices up slowly but surely on the 3080's, Sole reason I will not buy GPU's from them anymore.Quote

WYP
Quote:
As much crud as OCUK gets for doing that, most other retailers are doing the same. I just checked a lot of RTX 3080 models and Box uk has higher prices for all of them.

It's a sellers market ATM, and buyers are willing to pay the extra money. It's market forces at work, plain and simple.Quote


No one has any self control or patience these days.


Me? I'm just letting it all wash over me, laughing at the idiots being taken for a ride.

Maybe if I fancy one, I'll take a mosey on over to the Nvidia store next year in Feb/Mar time and pick a card up at my leisure with none of this pre-order wait time nonsense or any of the self induced stress and anxiety that new GPU launches seem to induce in people

looz
In addition, why would anyone order now? Too late to have a reasonable delivery or launch prices, too early for supply to arrive and drive prices back to a reasonable level.
To make it as polarising as possible, the price hike could be called an idiot tax.Quote